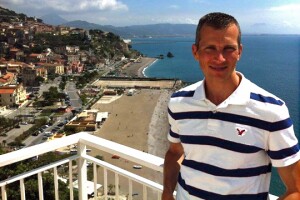 Scott Sutton has more than 18 years of experience covering television news on a variety of digital platforms.

He previously worked at WSMV, the NBC affiliate in Nashville, for 11 years. Scott has covered news in South Florida and the Treasure Coast for WPTV since 2013.

Some of the more indelible moments in his nearly two-decade career in journalism include:

Scott has a particular interest in the environmental issues affecting the Sunshine State, and a passion for conserving the natural spaces that make South Florida an amazing place to call home.

Scott has a bachelor's degree from the University of Miami with a double major in Broadcast Journalism and History.

A native of Florida born in Daytona Beach, Scott was raised among the streams and rolling hills of rural Middle Tennessee.

His love of trivia is well known among his friends and family, and he never misses an episode of Jeopardy!