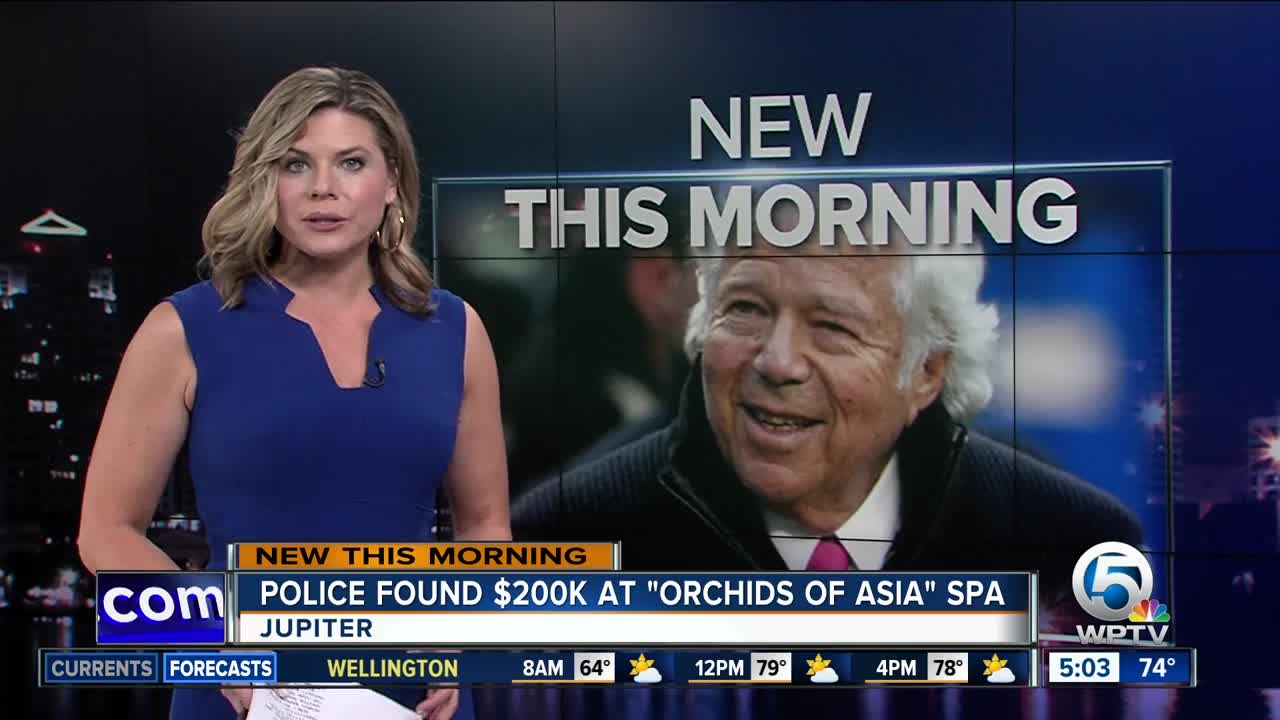 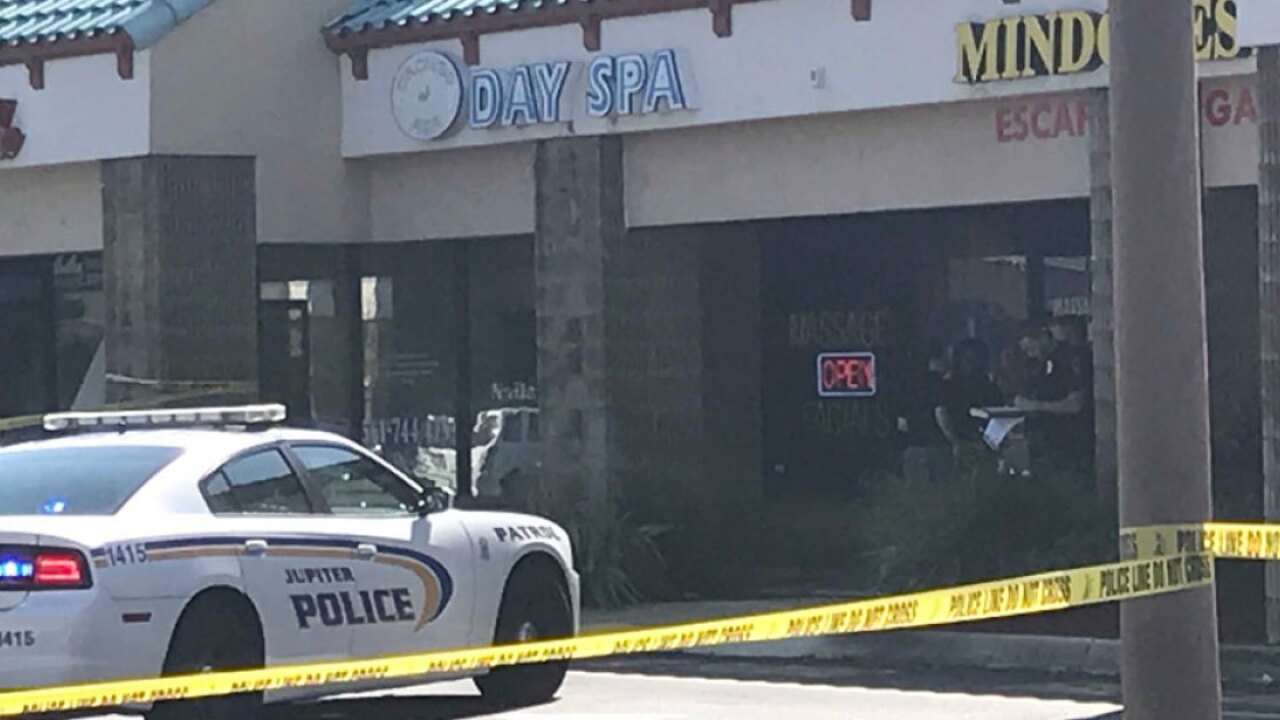 They say they also seized the business's surveillance equipment. The women are charged with numerous felonies involving a prostitution business, while Kraft is charged with misdemeanor solicitation. All have denied wrongdoing.

A multi-jurisdiction investigation closed 10 spas between Palm Beach and Orlando and saw 300 men arrested. While no one has been charged with human trafficking, authorities have said they believe the employees were brought to the U.S. from China.

The search warrants show officers began investigating the spa in late October after receiving a tip from a neighboring county's sheriff's office. Surveillance began Nov. 6. Officers say they observed only men entering the spa and that they would leave after 30 or 60 minutes. Some customers were pulled over for traffic violations after they left and admitted to paying for sex acts, the warrants show.

On Nov. 14, a female health inspector was sent into the spa. She told officers there was evidence that the three female workers were living in the store.

Officers then searched trash bins behind the spa. They say they found evidence of sexual activity.

On Jan. 17, after obtaining a warrant, officers used an undescribed "tactical ruse" to get the employees outside and secretly install surveillance cameras. As officers chatted with the employees, Zhang arrived and told officers she could see their arrival on her cellphone, tipping them off that she had her own camera system installed, the documents show. Officers were able to find those cameras and their recorders, which were later seized.

Police say Kraft, 77, first visited two days after the cameras were installed and again the next morning, shortly before he flew to Kansas City, where he saw his team defeat the Chiefs in the AFC Championship game.

Investigators say they videotaped him engaging in sex acts during both visits and then handing over cash. Kraft, who is worth $6 billion, handed over a $100 bill and another bill after one visit, records show, and an undetermined amount during the other. Two weeks later, the Patriots won the Super Bowl, their sixth under his ownership.

Kraft was charged in late February and has pleaded not guilty. Most men charged for the first time with soliciting are eligible for a diversion program where they pay a $5,000 fine, perform 100 hours of community service and attend a class where they learn about the dangers of prostitution and how it is often tied to human trafficking.

Zhang's attorney, Tama Kudman, told the South Florida Sun Sentinel that the videos will be challenged and that her client is a victim of stereotyping.

"They are saying every Asian massage parlor is part of a sex trafficking ring and that's outrageous," Kudman told the newspaper. "They are making assumptions based on a particular story line and not taking the time to look at the particular facts about the individual defendants."