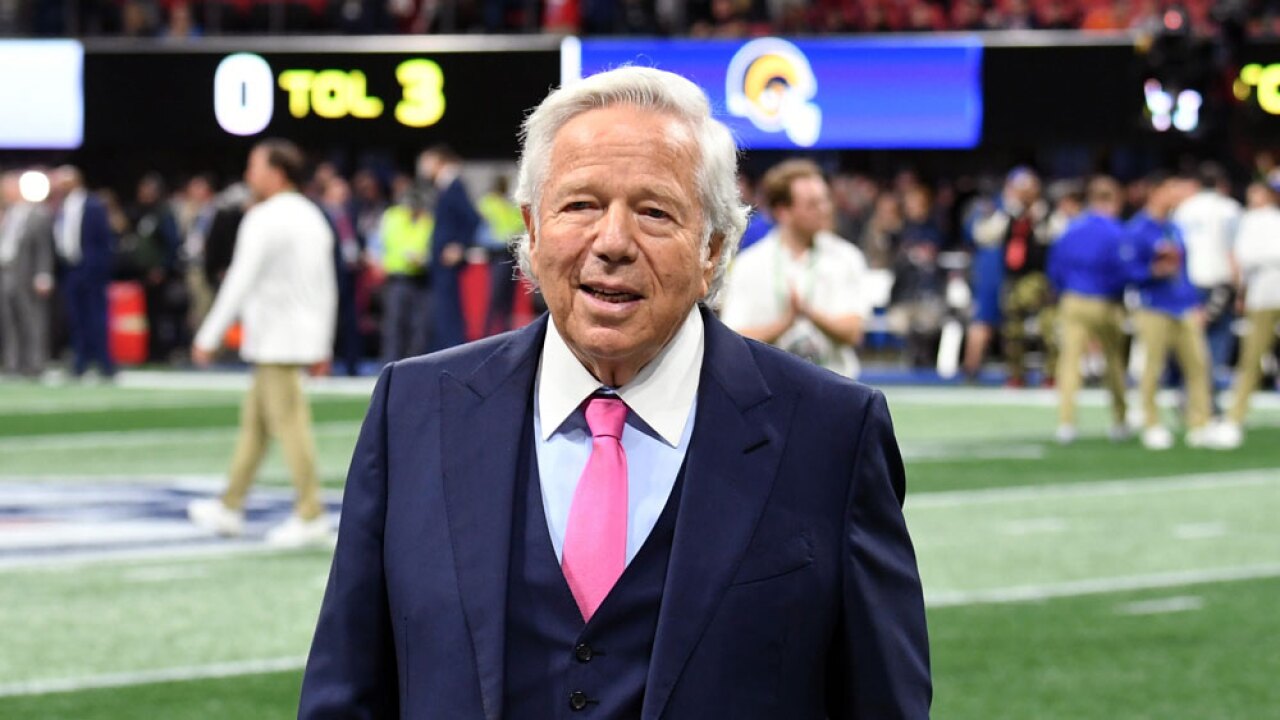 Friday, Jupiter Police Chief Daniel Kerr said Kraft was one of 25 men being charged with soliciting another to commit prostitution.

A Kraft spokesperson later issued this statement to the media: “We categorically deny that Mr. Kraft engaged in any illegal activity. Because it is a judicial matter, we will not be commenting further.”

The NFL says in a statement Monday its personal conduct policy "applies equally to everyone in the NFL and it will handle "this allegation in the same way we would handle any issue under the policy."

The league adds it is "seeking a full understanding of the facts" and does not want to "interfere with an ongoing law enforcement investigation." The NFL says it will "take appropriate action as warranted based on the facts."

Commissioner Roger Goodell could fine or suspend Kraft from any activities involving the Super Bowl champions.

It's Monday morning and the NFL has issued a new statement in the Robert Kraft case, for some reason https://t.co/cmzjxDTxXs

Still waiting on the State Attorney’s Office to file charges against those involved in Jupiter sex-trafficking ring. Some played more of a role in others when it came to exploiting these women. https://t.co/espRztViQ2 @WPTV @WPTVContact5