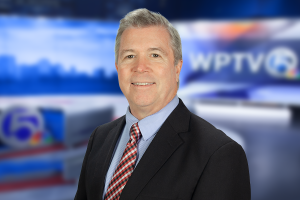 Contact 5 Investigator Dave Bohman returned to Florida in January 2020, after spending the last decade as the Investigative Reporter for WNEP-TV in Scranton, Pennsylvania. There, he covered and uncovered several public corruption cases resulting in some elected officials getting sent to prison, and others being voted out of office. He also broke several stories about the opioid crisis and won more awards for broadcasting excellence that any other reporter in Northeastern Pennsylvania in recent years.

From 1998-2007, Dave was on Florida’s Gulf Coast, working as a reporter at WTSP-TV in St. Petersburg, Florida, where he covered the Teri Schiavo “Right-to-Die” story and spent a month in Tallahassee reporting on the contested 2000 Presidential election between George W. Bush and Al Gore.

For most of the 1990s, Dave was a Weekend Anchor and reporter for WDTN-TV in Dayton, Ohio where he covered politics, crime, and military matters surrounding the Wright-Patterson Air Force Base.

After graduating from Syracuse University, Dave started his career at WPTZ in Plattsburgh, New York, and later opened the Burlington, Vermont Bureau, before moving south to work as the weekend anchor at WCTI-TV in New Bern, North Carolina.

Dave has four Emmy Awards to his credit and has more than 50 other awards in his four decades on television. This native of Cape Cod, Massachusetts is thrilled to be back in Florida, and when he is not chasing down stories, Dave is working on his golf game or working on his other passion: cooking.

He has two daughters in college.