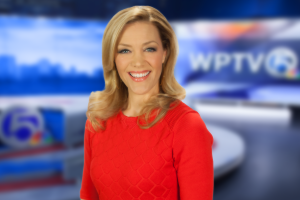 Shannon's work has changed policies in guardrail protection along Florida's busiest roadways, pushed local legislation that has influenced restaurant cleanliness, and exposed government waste when it comes to Medicare spending.

Like most army dependents, Shannon grew up moving wherever and whenever Uncle Sam directed. She has lived in 8 states and 3 foreign countries. Her interest in Journalism flourished while studying at the University of Alabama.

She started her career in radio news working for an NPR affiliated station. She moved into television news when she was hired at WMBB-TV in Panama City, FL. An opportunity with Contact 5 at WPTV News Channel 5 drew her to West Palm Beach in 1996. Years later, she met a great guy, fell in love and married.

Shannon and her husband have two little boys, Joseph and Christian. Shannon is a news junkie who loves reading, working out and the beautiful South Florida sunsets!