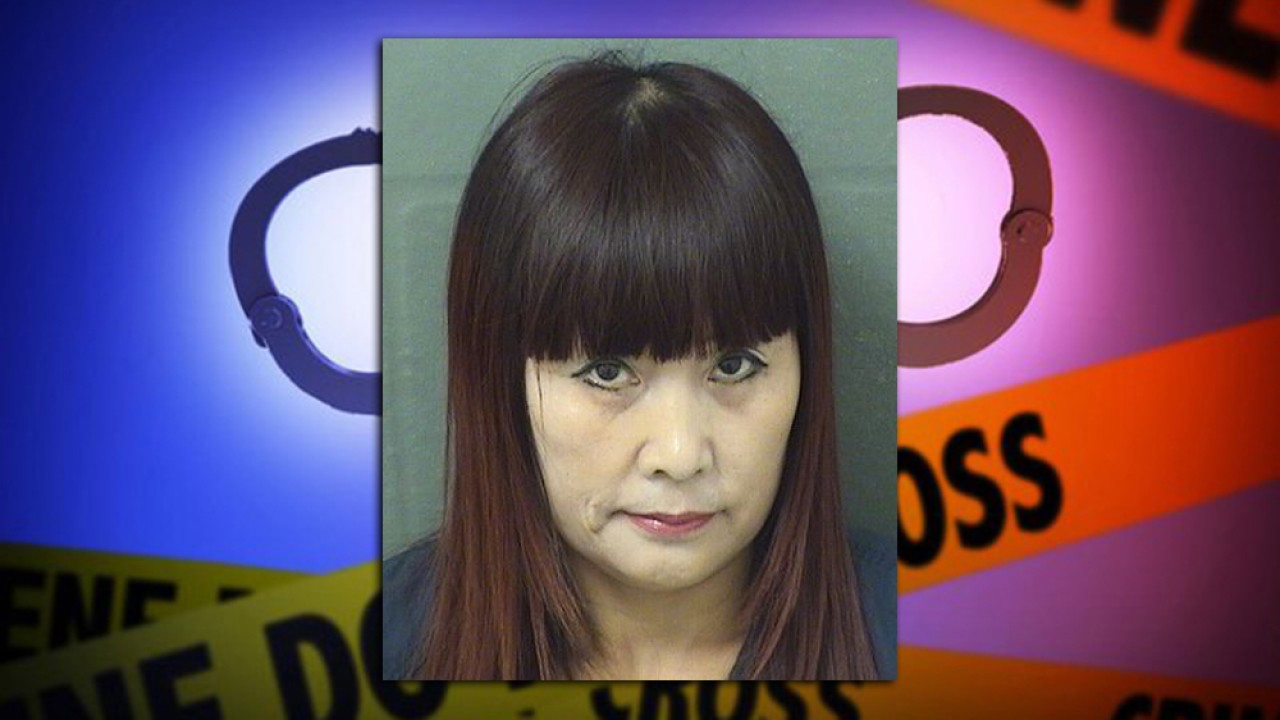 A woman accused of performing an illegal sex act on New England Patriots owner Robert Kraft at a Jupiter day spa is now under arrest. 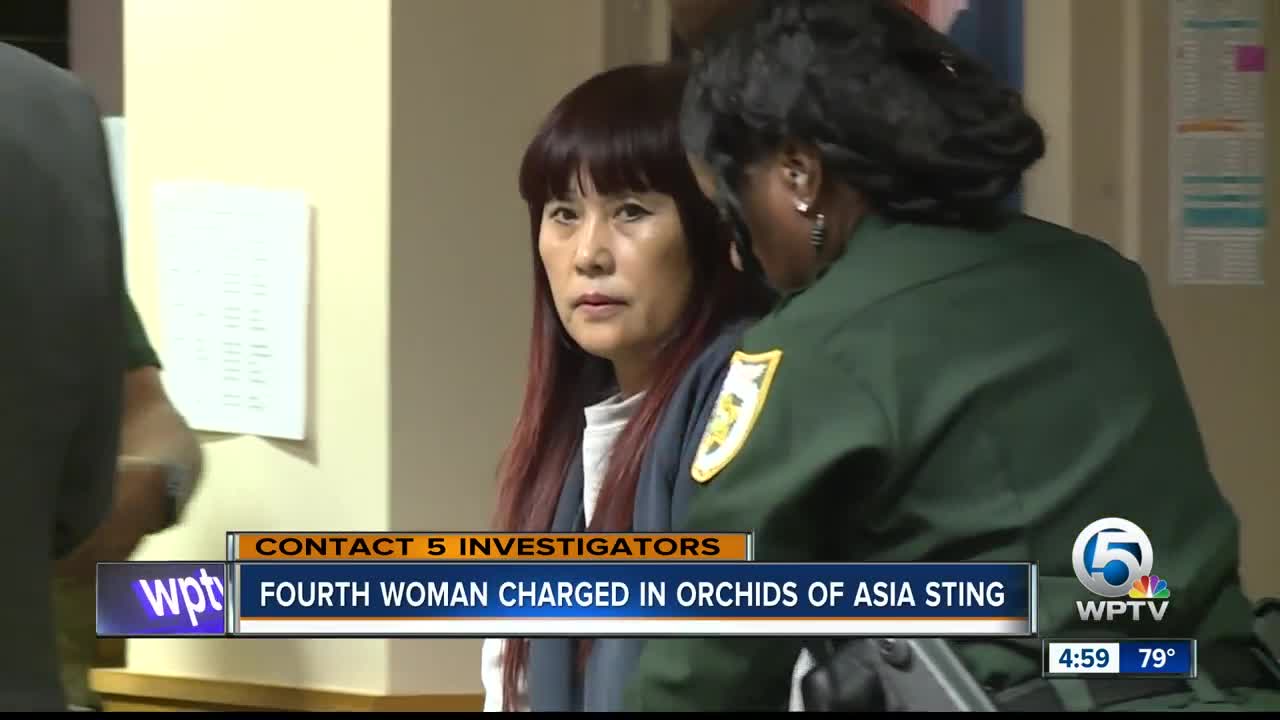 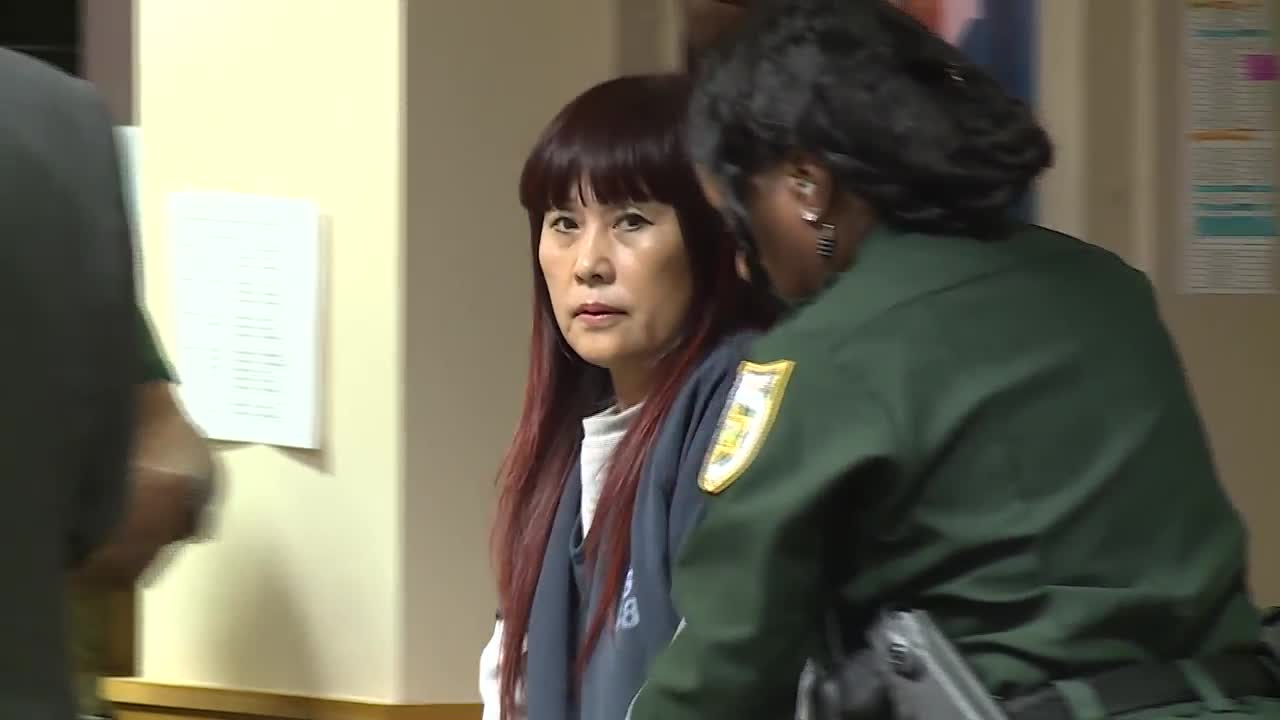 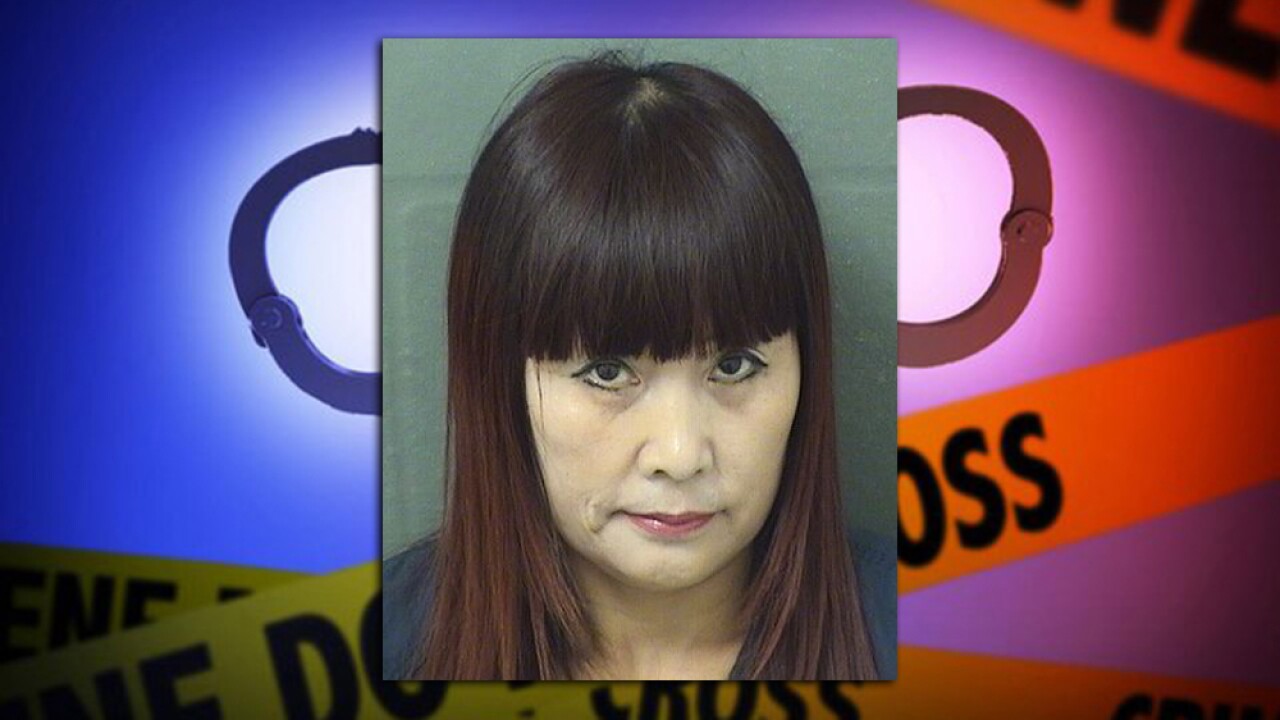 58-year-old Shen Mingbi was booked into the Palm Beach County Jail on Monday.

According to the Jupiter Police Department, a hidden surveillance camera recorded Mingbi performing a sex act on Kraft at Orchids of Asia Day spa on Jan. 19. Afterward, he paid her and another spa worker, 39-year-old Lei Wang, in cash, police said.

Police said that hidden camera was installed two days prior, on Jan. 17, as part of a 'sneak-and-peek' search warrant.

Kraft has pleaded not guilty. On Tuesday, a Palm Beach County judge ruled the surveillance video of Kraft at Orchids of Asia Day Spa cannot be released.

According to her arrest report, Mingbi was captured on video performing illegal sex acts on at least six other men.

Mingbi is facing several charges including offering to commit prostitution and deriving support from prostitution.

In court Tuesday morning, Mingbi was visibly emotional as a judge set her bond at $5,000. If she posts bond, she can't have contact with anyone arrested in the case, and can't work in the spa or massage industry, and also must surrender her passport and any travel documents.

On Tuesday afternoon, attorneys for Lei Wang and another woman charged in the case, 58-year-old Hua Zhang, asked a judge to hold the Jupiter Police Department and Palm Beach County State Attorney's Office responsible for possibly trying to leak the Kraft surveillance video to TheBlast.com.

Judge Joseph Marx declined to issue sanctions against either agency, but did ask them to report back to him to determine if the video was leaked from any law enforcement servers.

This is a developing story. Stay with WPTV for updates.