Hundreds march through city, along I-95 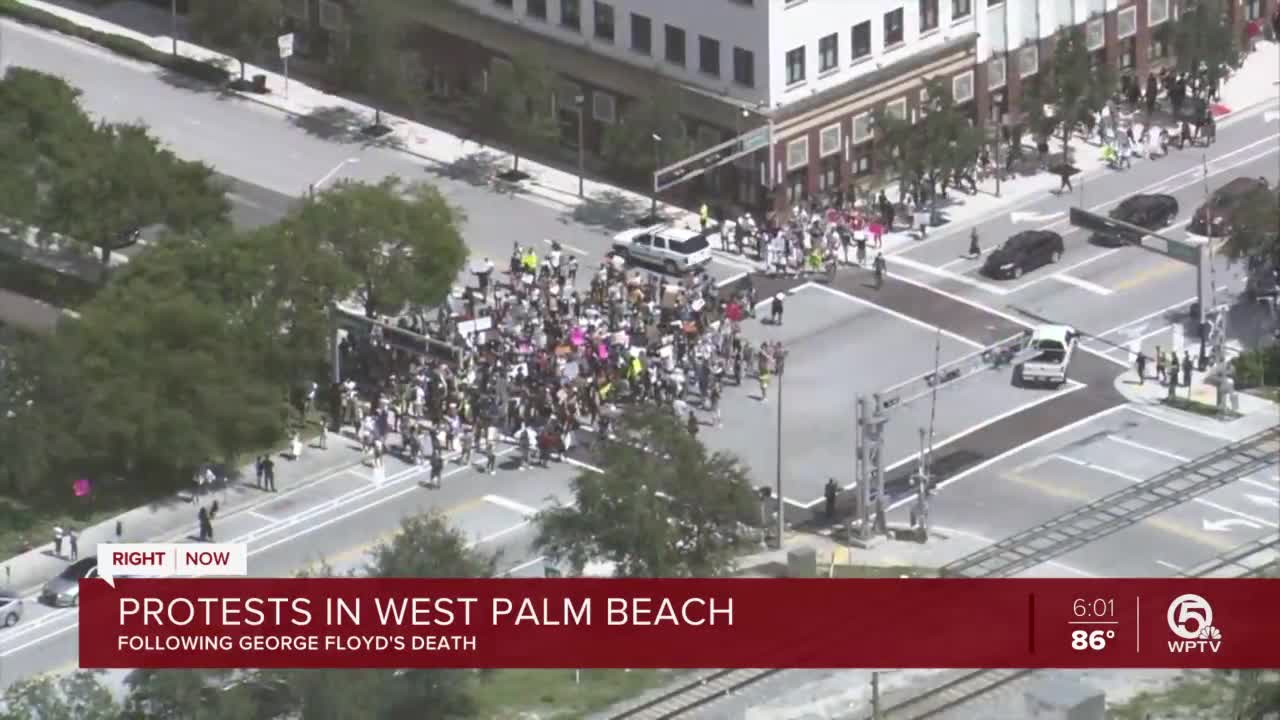 A peaceful protest is being held Sunday afternoon in West Palm Beach in response to last week's death of George Floyd while in police custody in Minnesota. 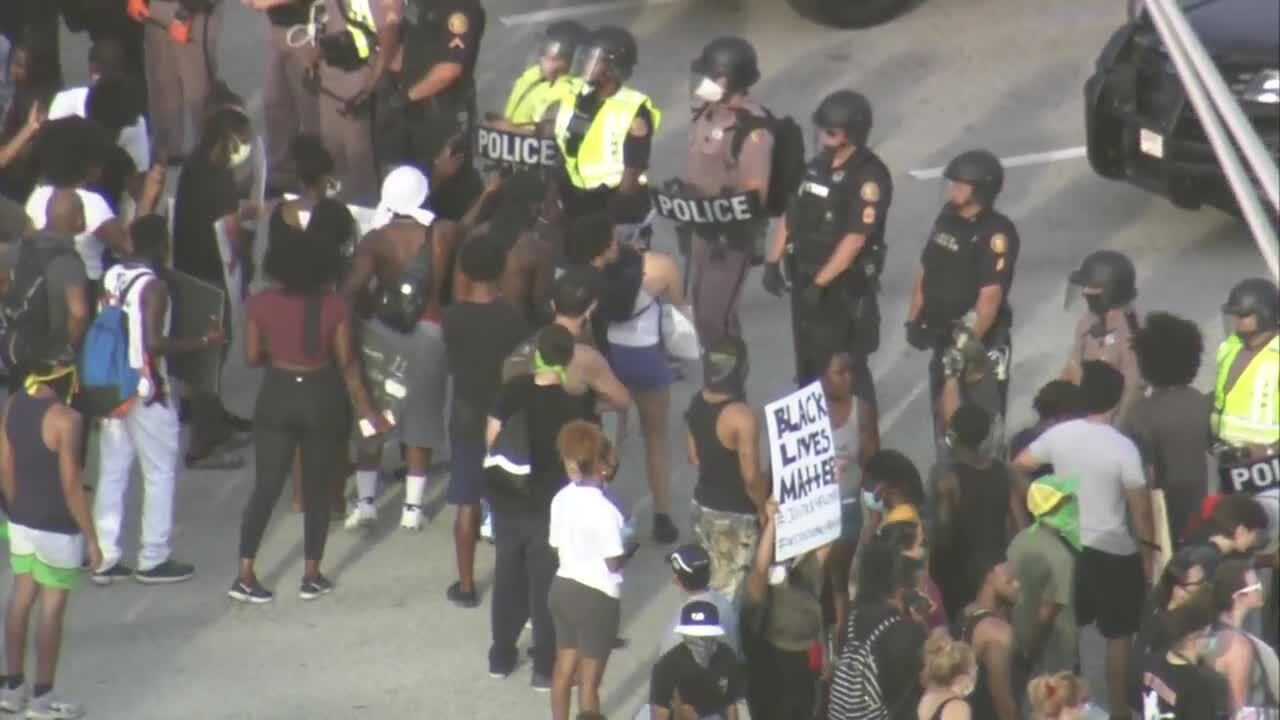 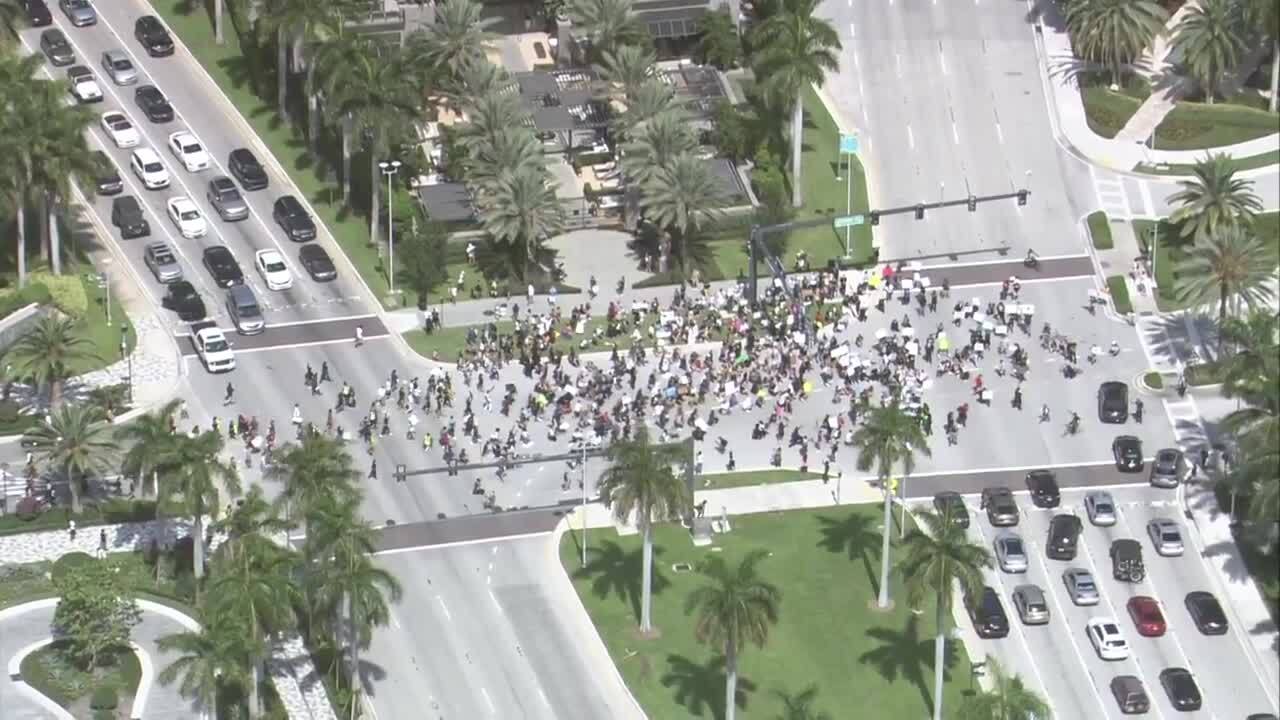 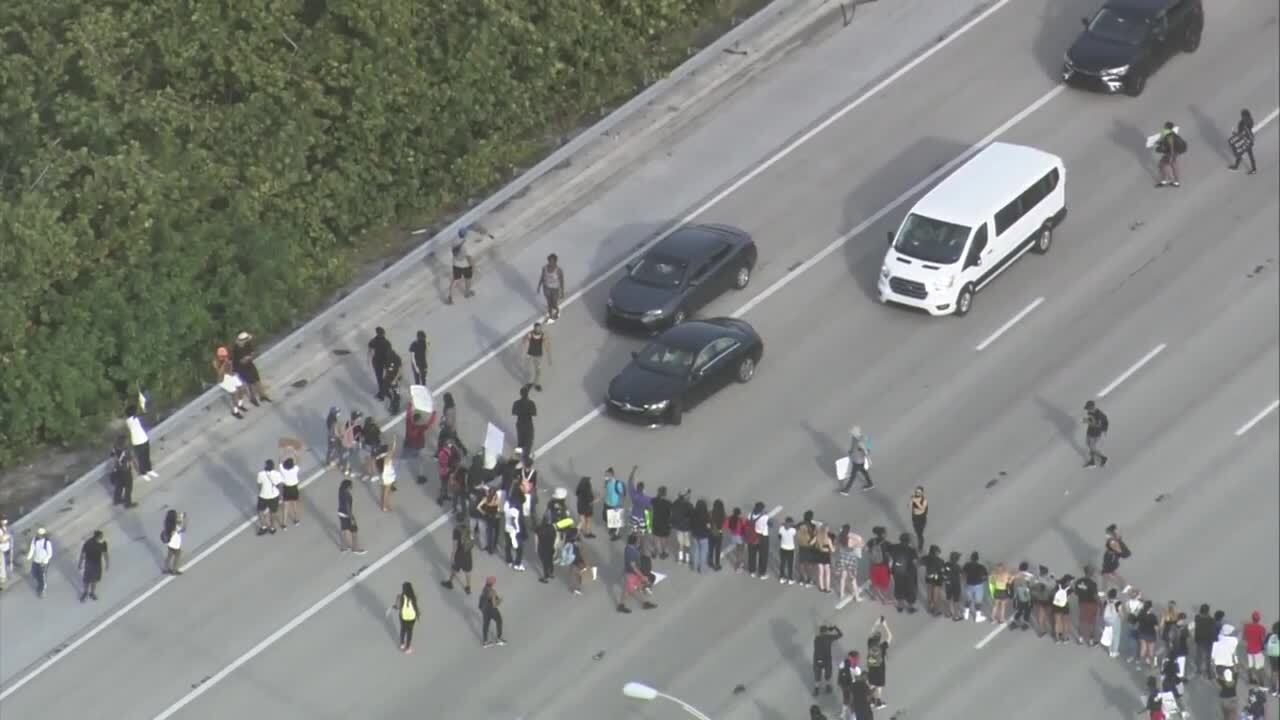 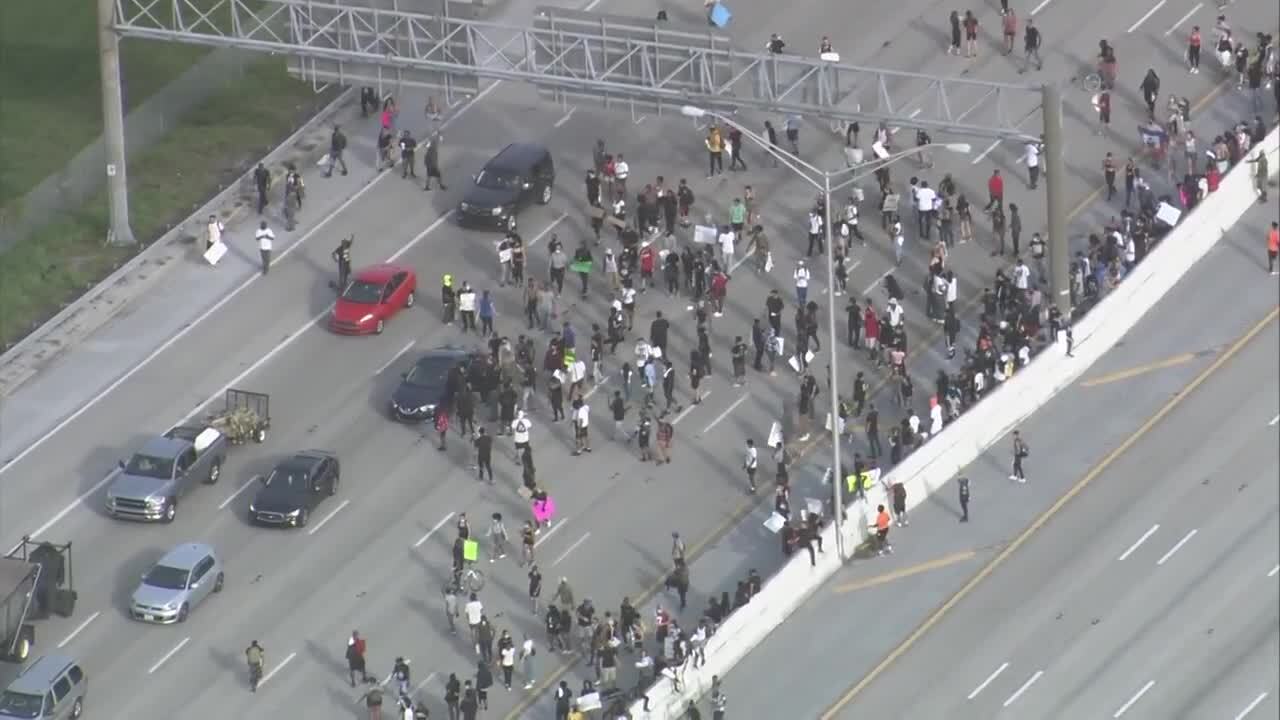 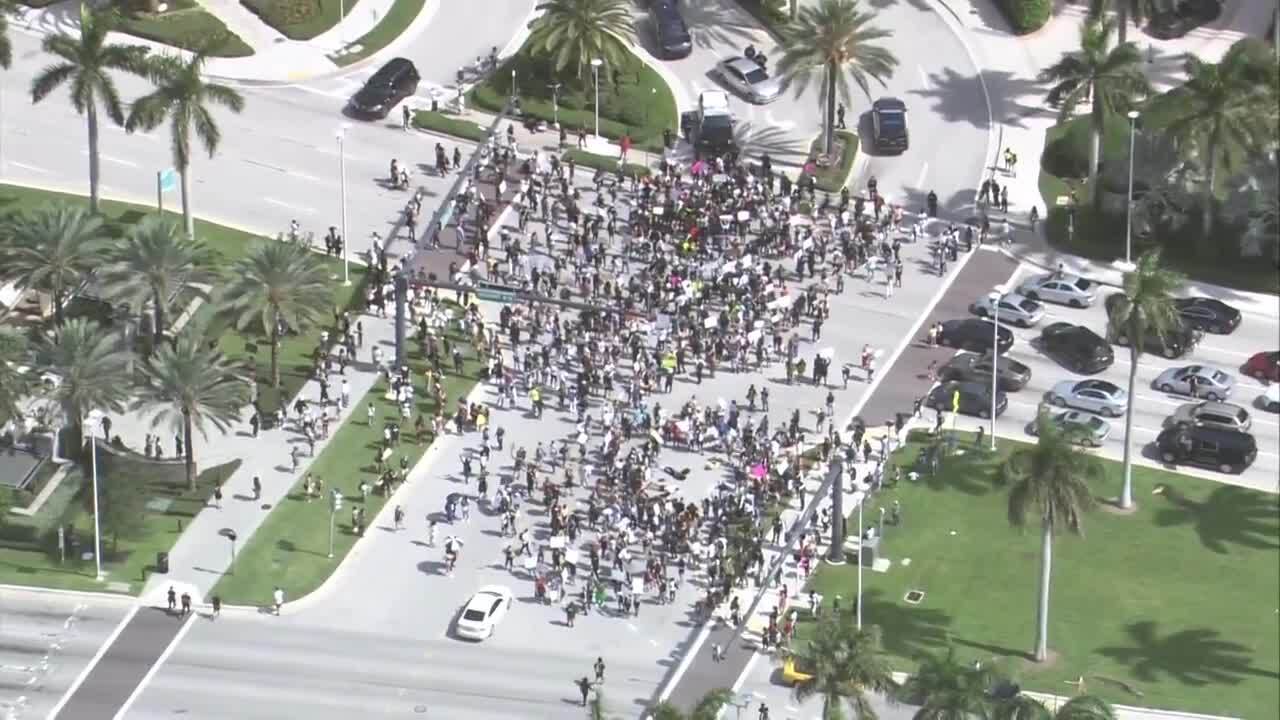 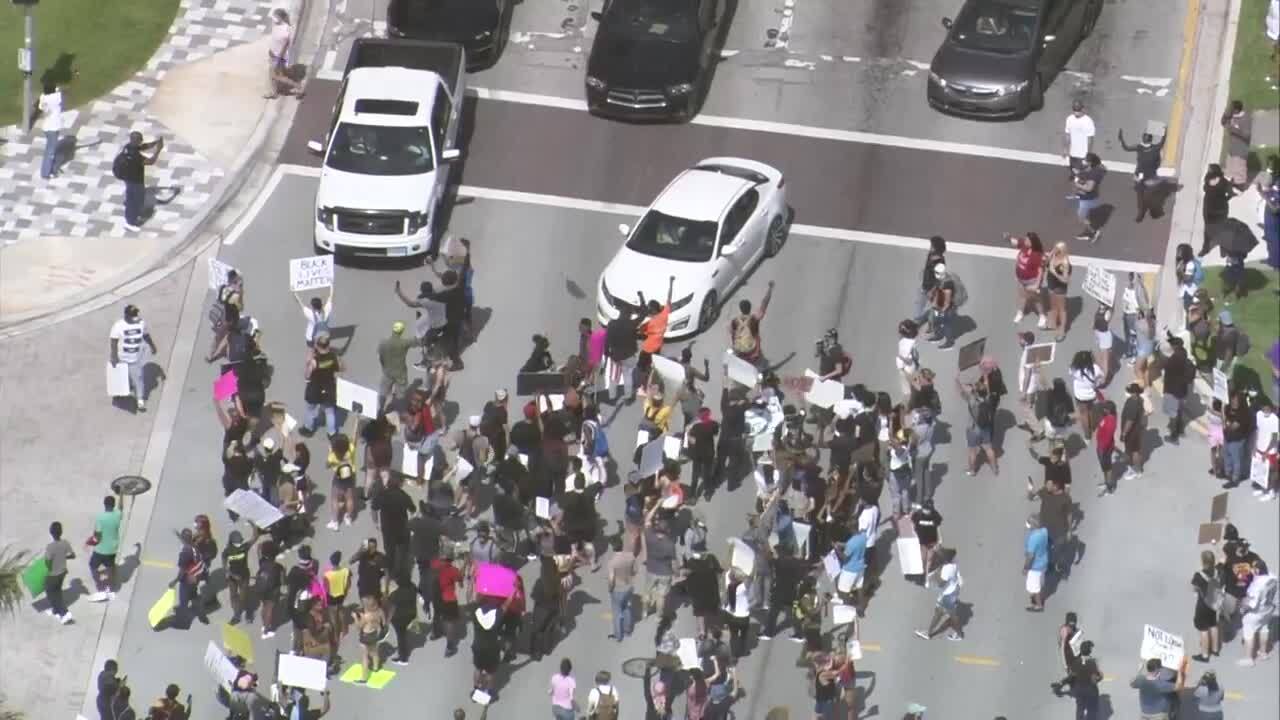 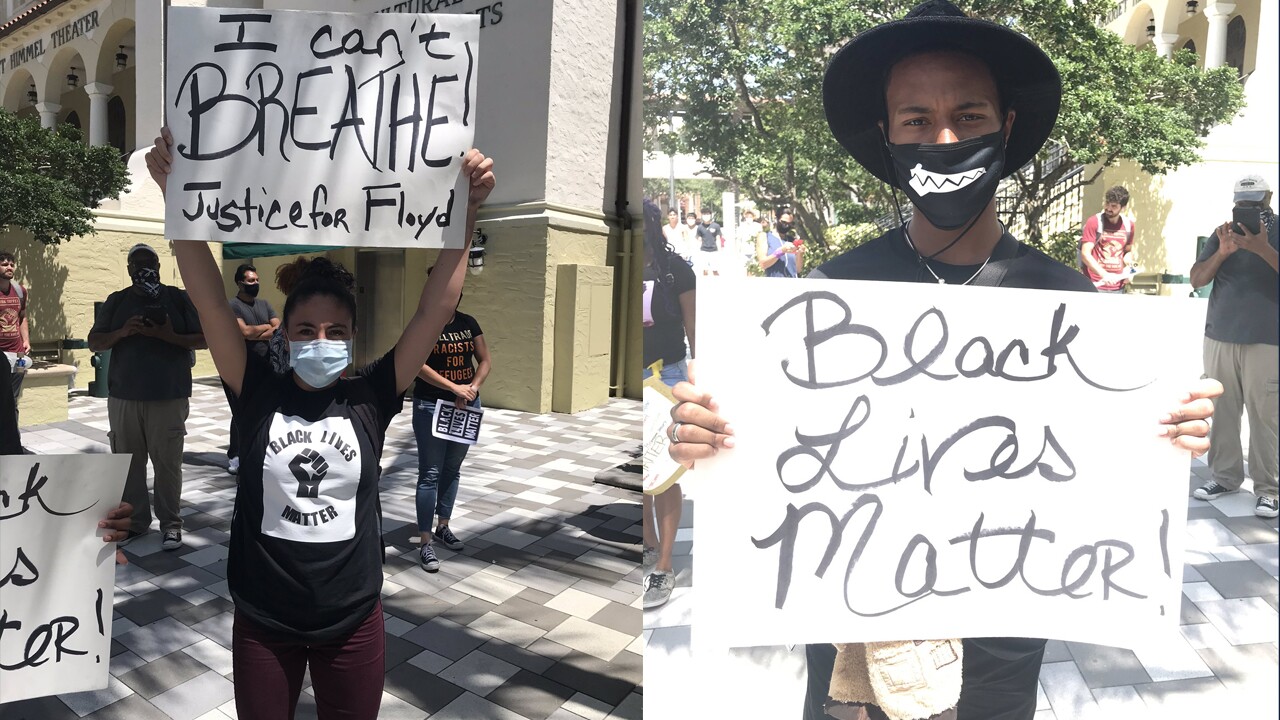 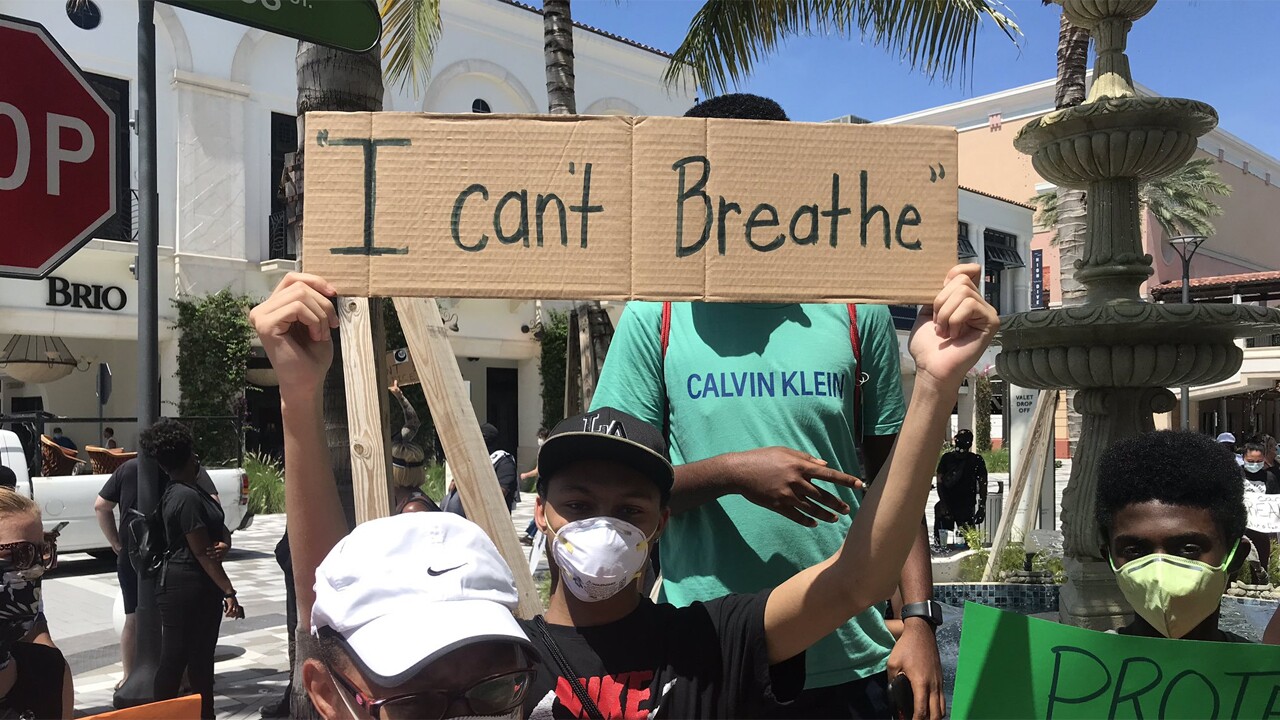 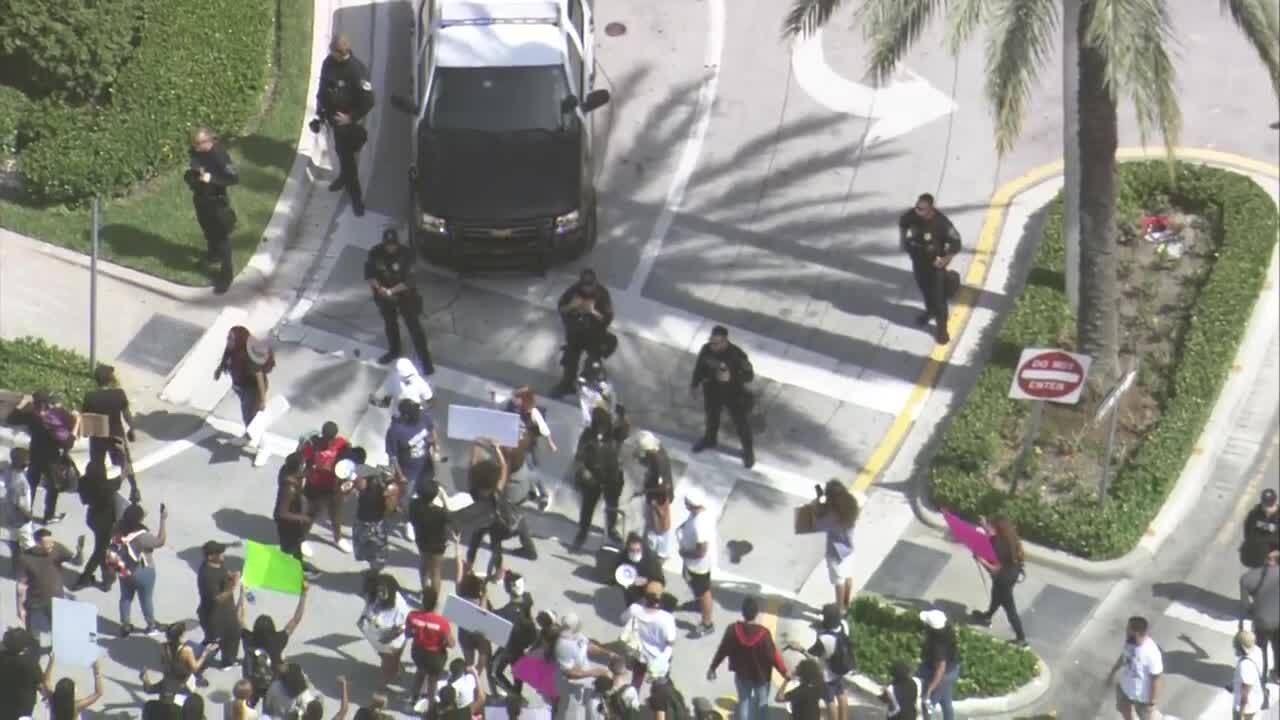 Hundreds of people converged near Rosemary Square and marched through the city in a rally billed as "No Justice, No Peace."

An organized and diverse group of protesters were chanting "no justice, no peace" and "black lives matter" while holding signs that read "I can't breath" and "Justice for Floyd."

Before the rally began, West Palm Beach police said they were monitoring the situation and would defend the group's right to protest.

At one point, a protester could be seen yelling at the deputies and troopers, but they just stood there.

After a lengthy standoff, the protesters appeared to walk back toward Okeechobee Boulevard. Law enforcement followed a good distance behind, never breaking their line.

By dusk, protesters had gathered near Clematis Street and Quadrille Boulevard, where they were chanting, "No more blood."

The situation escalated when police attempted to disperse the crowd while enforcing a 9 p.m. curfew that had been issued less than an hour earlier.

A confrontation ensued, prompting police to fire what witnesses said were rubber bullets and tear gas canisters at the crowd.

Several restaurants along Clematis Street were damaged during the incident, but owner Rodney Mayo blamed police.

"It was completely unnecessary," he said.

Protests, which have at times turned violent, have occurred throughout the country since Floyd's death last Monday.

Video showed Minneapolis police Officer Derek Chauvin kneeling on the neck of Floyd before his death. Chauvin was charged Friday with manslaughter in connection with Floyd's death.

Protests were also held in Stuart and Indian River County in solidarity of Floyd and to prompt a change to police policies across America.