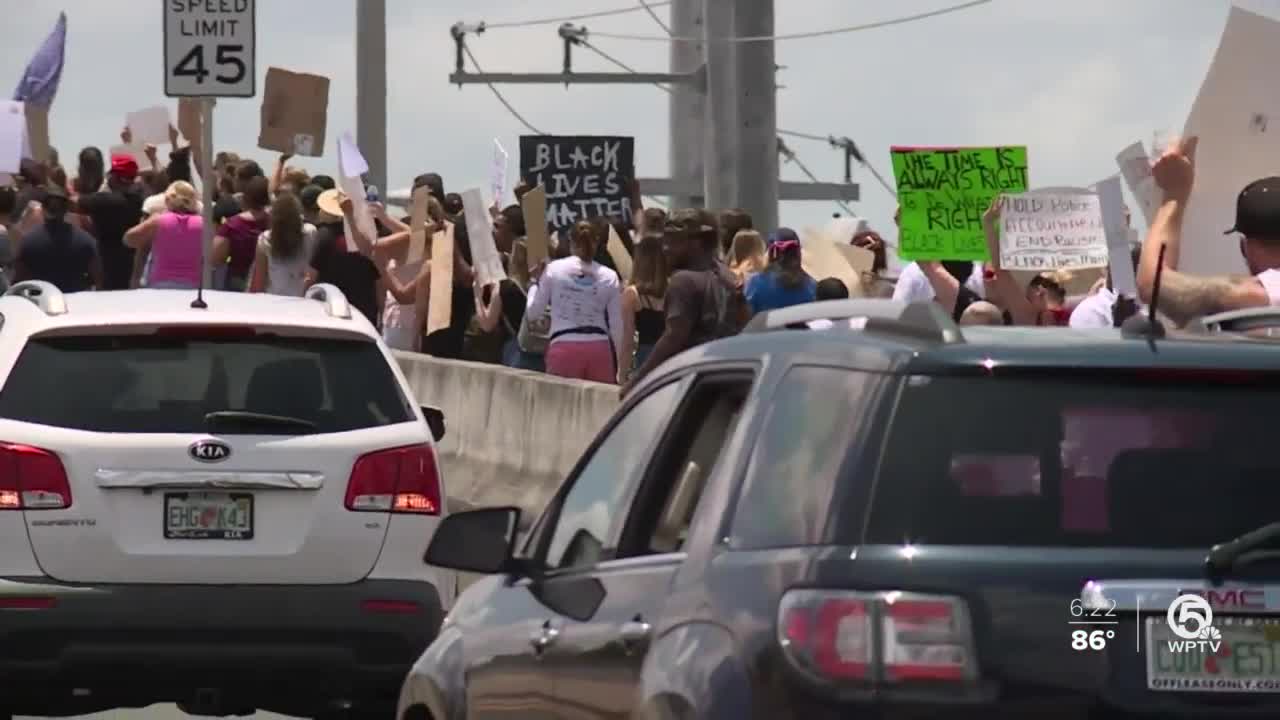 Protesters march across the Roosevelt Bridge in Stuart as a show of solidarity for black lives. 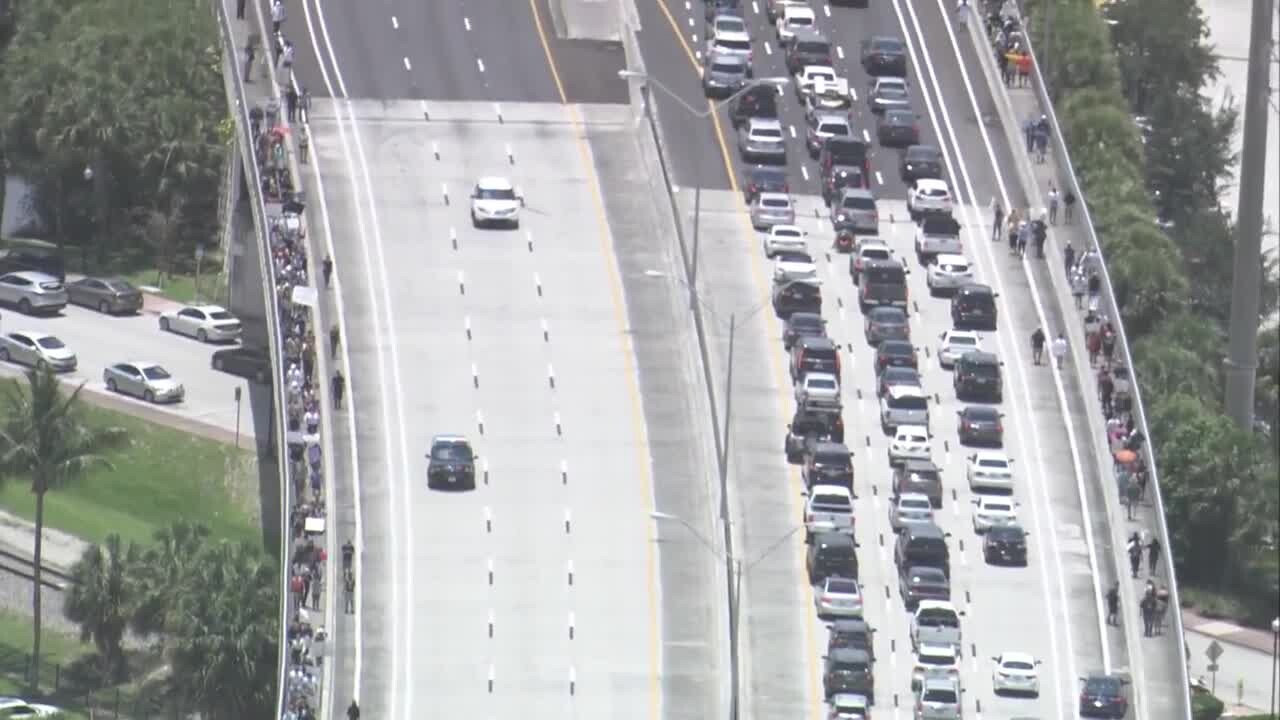 STUART, Fla. — Protesters marched across a Stuart bridge Sunday afternoon as a show of solidarity for black lives.

The protest along the Roosevelt Bridge was peaceful -- a stark contrast to the protests that took place throughout the country in response to the death of George Floyd, the Minnesota man who died after a police officer placed his knee on the man's neck for nearly nine minutes.

Protesters held signs and chanted "no justice, no peace" and "black lives matter." One sign read, "Don't kill us then ask for peace."

Before crossing the bridge, the protesters gathered to listen to church leaders and other speakers, including Denver Broncos safety Justin Simmons.

Simmons, who grew up in Port Salerno, preached unity and called for justice, not only for Floyd, but for all those whose lives have been cut short because of racism and hate. He said Floyd's death is the result of "300 and more years that we have been oppressed from the system."

Helen Lurry is one of the many who attended Sunday's protest.

"I'm here and my husband is here today because of the injustice -- the injustice that we've been seeing for way too long," she told WPTV NewsChannel 5.

She said violence is never the answer when protesting.

"Absolutely not," she said. destroying businesses in our community That's not what I stand for. Hurting individuals hurting law-enforcement officers definitely don't stand behind that agenda."

But she understands why it's happening.

"There's people and destruction happening around the country right now because people are hurt," she said. "We're hurt. We're hurting."

"We do not have our justice, so let's understand that, but we will get it, not by force," he said.