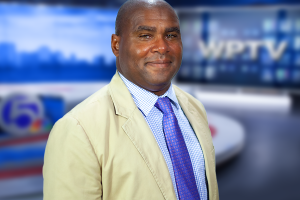 Todd Wilson joined the WPTV team as a mulitmedia journalist in December 2019.

Todd is excited to be back in the Sunshine State covering South Florida, where he spent a considerable amount of time in his younger years. He returns to sunny Florida after going back home to Minneapolis, where he was a reporter for seven years at ABC affiliate KSTP Channel 5.

Before making his way to West Palm Beach, Todd worked in markets around the country in Minnesota, Ohio, Arkansas and South Carolina.

Outside of work, Todd is a competitive BMX racer and cyclist. Todd and his wife, Melissa, have been married for 16 years and have three adult children. He also loves to spend time at the beach and take day trips to different cities up and down the coasts.