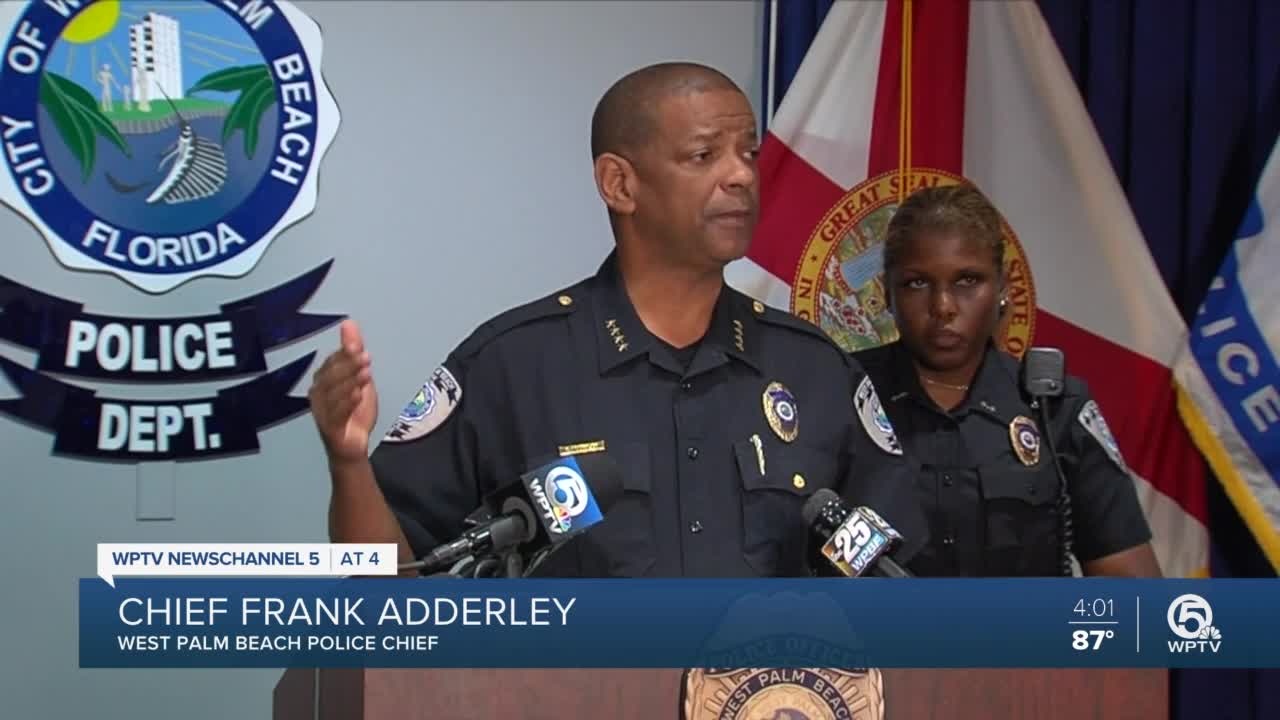 Claiming police were locked in a "heated battle" with violent protesters who were hurling rocks and bottles at officers, West Palm Beach leaders defended their response to a series of unstable demonstrations that left businesses badly damaged on Sunday night. 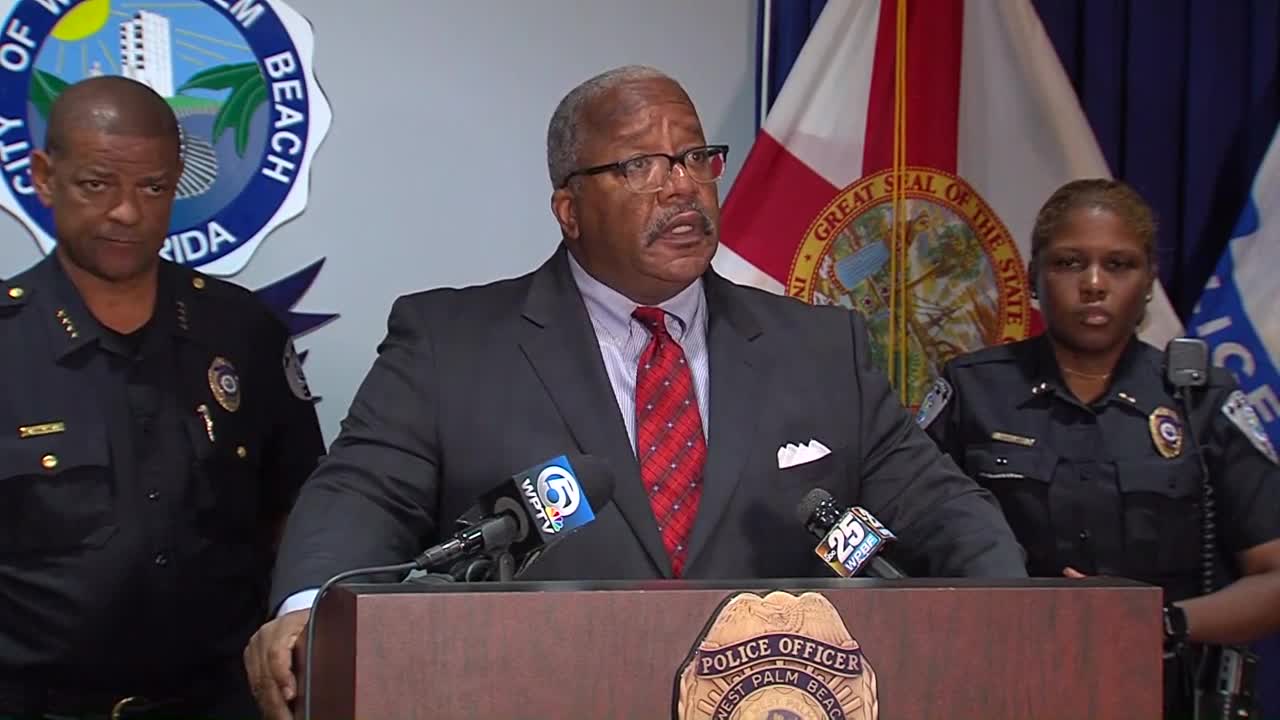 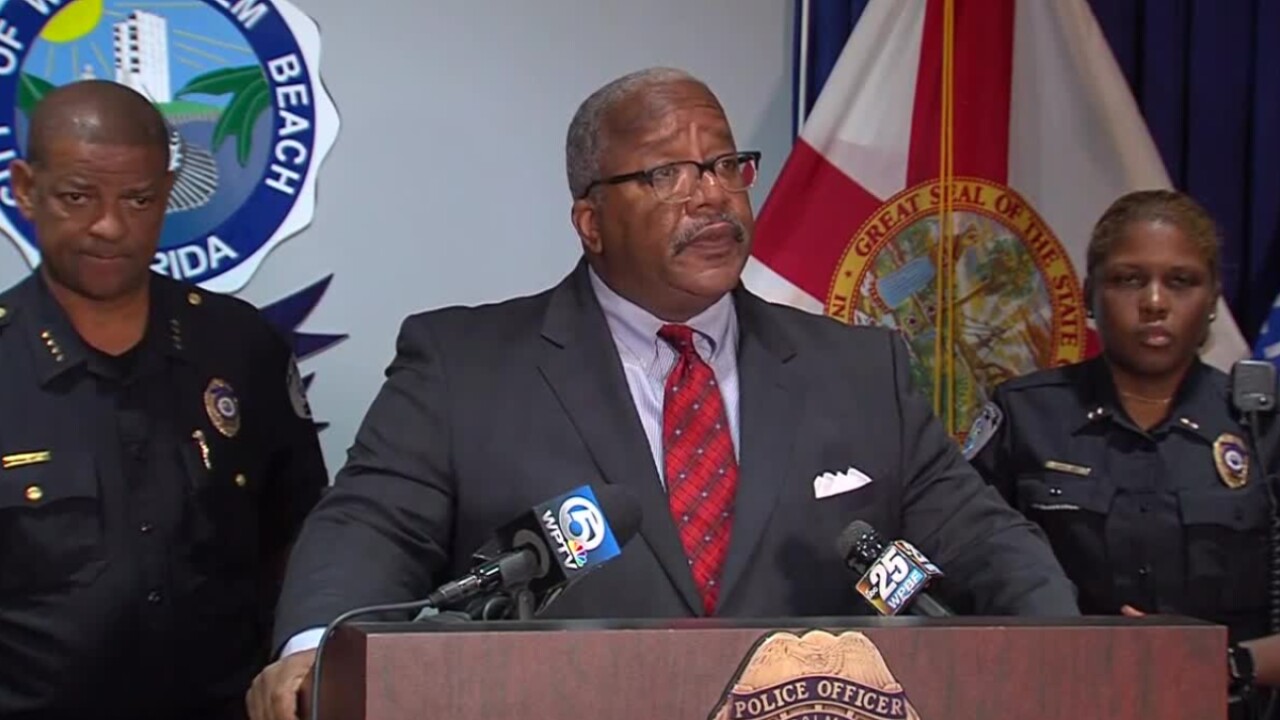 WEST PALM BEACH, Fla. — Claiming police were locked in a "heated battle" with violent protesters who were hurling rocks and bottles at officers, West Palm Beach leaders defended their response to a series of unstable demonstrations that left businesses badly damaged on Sunday night.

Mayor Keith James and Police Chief Frank Adderley held a news conference Monday morning, saying a day of peaceful protests across the city on Sunday took a dangerous turn into the evening.

Adderley said that around 7:30 p.m., not long after hundreds of protesters peacefully marched across Interstate 95 and shut it down near Okeechobee Boulevard, "things kind of changed."

"Members of that group, and I'm not saying all of them, but a certain part of that group decided that they were gonna take this to another level," said Adderley. "They began attacking, not just our department and members of our department, but people that were innocent."

"A small group of individuals whose actions were not peaceful in nature committed acts of vandalism, violence, and destruction," said James.

City leaders said, at that point, the decision was made to issue a citywide curfew from 9 p.m. until 6 a.m.

"Let me be very clear. Those allegations are 100% unequivocally false," said James.

"The people that talk about 9 p.m. should've been there at 7:30 p.m. when they were throwing bottles, rocks at not just the police, but other people that were being attacked at time," said Adderley.

Adderley believes many of the protesters who started the violence on Interstate 95 were not West Palm Beach residents, but were instead from Miami-Dade and Broward counties.

"I saw people that don't live in this city that created this problem for us," said Adderley. "The majority of the individuals that were the agitators were not West Palm Beach residents."

Calling the ongoing violent protests around the country in response to the death of George Floyd a "community problem," James urged the public to remain peaceful and be allies with police, not enemies.

"Each of us can play a role in helping our communities heal," said James. "We are faced with a choice. Do we move forward with this continued polarization, with hatred, with violence? Or do we move forward together with peace, with justice? I believe in my heart that, at least for this city, we will and we must choose the latter."

A citywide curfew will be in effect for West Palm Beach every night from 9 p.m. until 6 a.m., ending on Wednesday at 9 p.m.

The mayor can choose to extend that curfew or terminate it before Wednesday night.