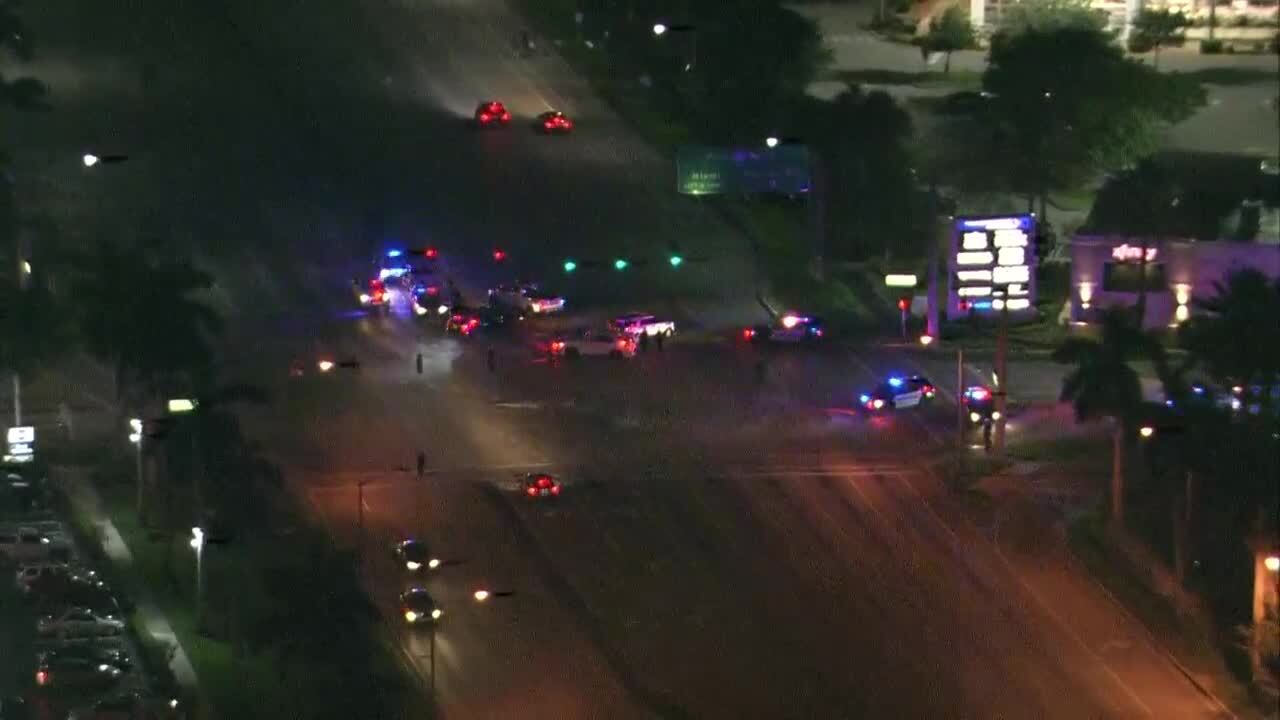 Copyright 2020 Scripps Media, Inc. All rights reserved. This material may not be published, broadcast, rewritten, or redistributed.
Police block the entrance to the Palm Beach Outlets from Palm Beach Lakes Boulevard after shots were fired in the area, May 31, 2020, in West Palm Beach, Fla. 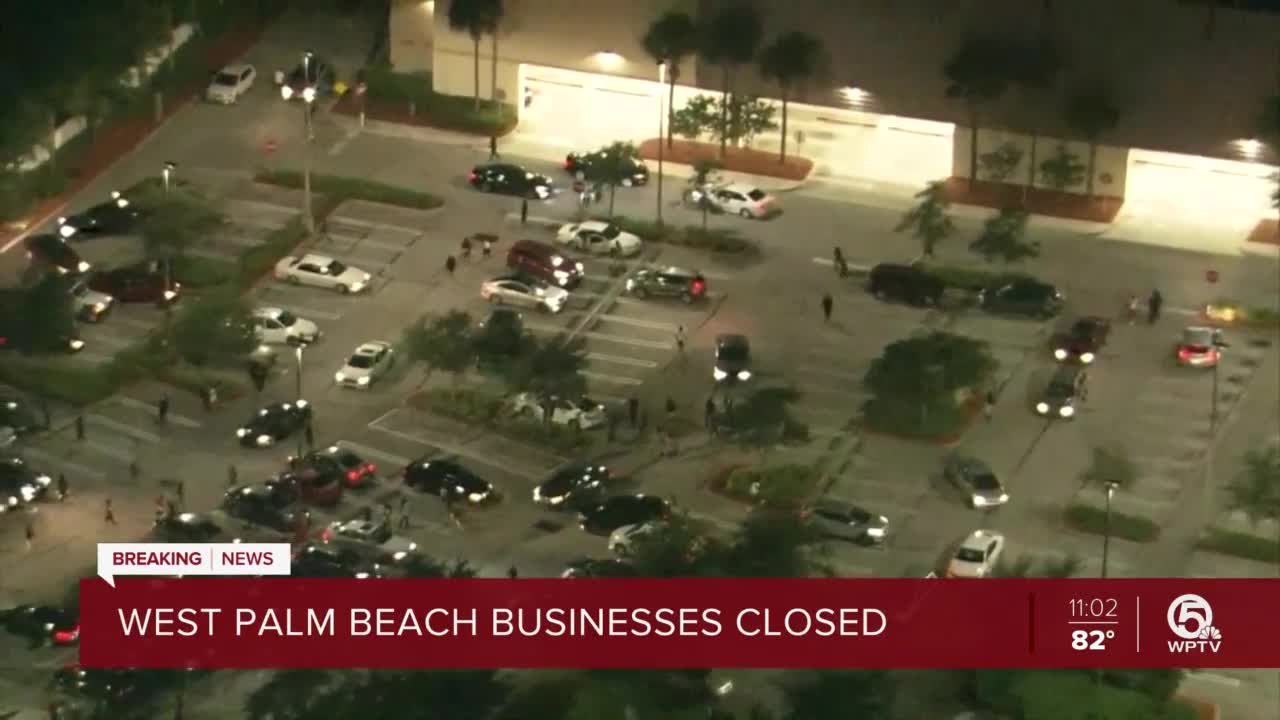 WEST PALM BEACH, Fla. — Shots were fired at the Palm Beach Outlets and several stores at the West Palm Beach outlet mall were damaged by looters Sunday night after a day of protests in response to the death of George Floyd.

West Palm Beach police were blocking the Palm Beach Lakes Boulevard entrance to the mall, where the glass storefronts of several businesses were shattered.

Windows to the Target store across the street were also smashed.

A Geek Squad van was set on fire in the parking lot of the Best Buy just east of Interstate 95, where protesters marched hours earlier.

A nearby liquor store and beauty supply store were also ransacked.

Several miles away, a Walmart at the corner of Forest Hill Boulevard and Jog Road was raided by looters.

An employee told Hughes that 40 or 50 people rushed inside the store, stealing electronics and knocking over displays.

No serious injuries have been reported.