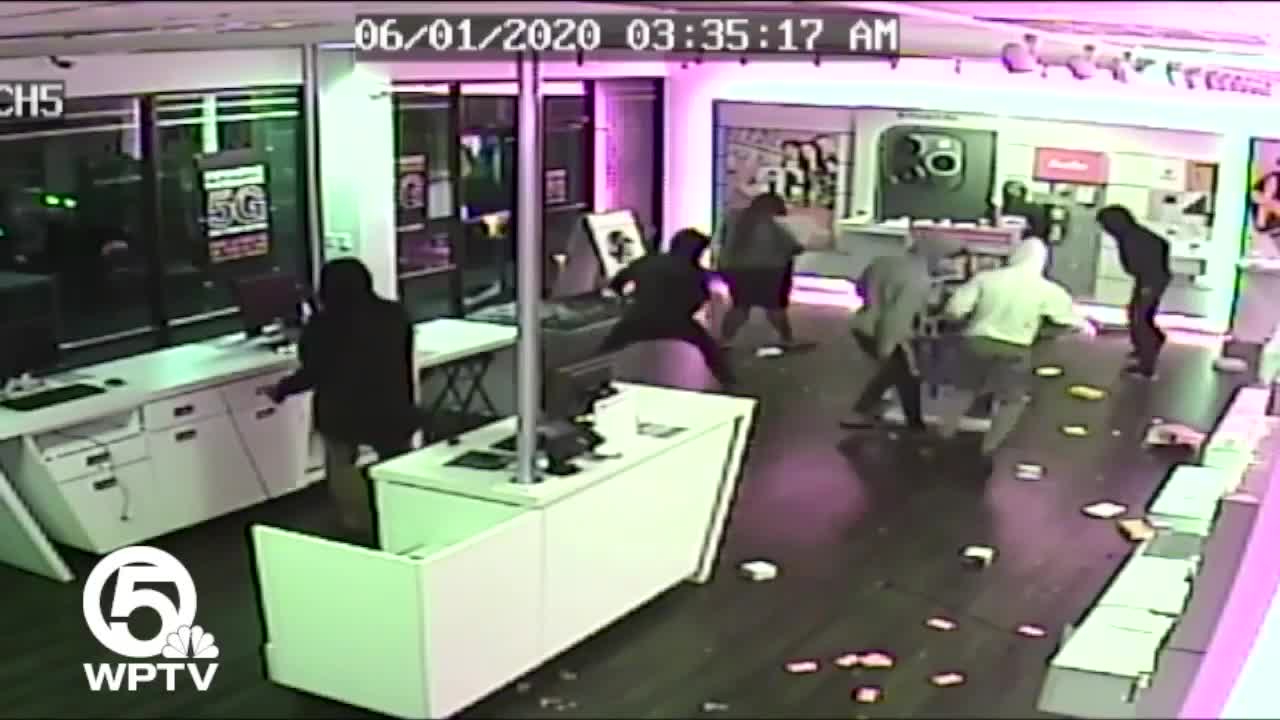 The burglary occurred shortly after 3:30 a.m. Monday, following a day of protests that turned violent after dark.

In the video, a looter appeared to use a sledgehammer to shatter the glass door and get inside the cellphone store at the corner of Southern Boulevard and U.S. Highway 441.

Dozens of people then followed him inside, stealing tablets, phones and other electronics on display. They were in and out in about a minute.

"Thirty to 40 people that took all our phones, a bunch of accessories and pretty much destroyed the whole store," owner Salim Minek said.

Sheriff's spokeswoman Teri Barbera said Brown and Milner were apprehended outside the store, while Andres fled the scene. Barbera said deputies followed her to Belle Glade and took her into custody.

Barbera said there was "a plethora of stolen items" from the T-Mobile store and other county businesses that were found in the suspects' vehicles.

Minek said the store reopened May 1 after being closed amid the coronavirus pandemic. More than $50,000 worth of merchandise was stolen and more than $5,000 in damage was caused during the burglary.