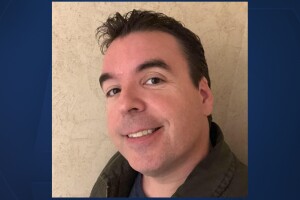 Jason Davis grew up in Alpharetta, Georgia when the town had only one traffic light and most people didn't lock their doors at night.

He attended Reinhardt College in the quaint little town of Waleska, Georgia, then attended Georgia Southern University, where he began his 22 year radio career.

While working at the commercial AM/FM (news and sports on the AM side and pop music on the FM side) radio station, he also broadcast on GSU's student-run station WVGS, playing the sort of eclectic mix of rock you'd expect from a college radio station in the 90's.

He secured an internship at Atlanta's classic rock station WZGC "Z-93" and a year later was named Music Director of the station, handling much of the station's programming duties and managing the part-time airstaff.

In 1995 he leapt at the opportunity to move to West Palm Beach, Florida to be on the ground floor of a new "alternative rock" station that was freshly created. Jason was the afternoon drive and mid-day DJ at WPBZ, known to its listeners as "103.1 The Buzz." He got to see countless (free) rock concerts, meet/interview some of his favorite musicians, and have many wonderful experiences over the next 16 years at The Buzz. He also hosted the weekly specialty show called "Buzz Light" which featured live and acoustic versions of songs by artists in the format.

When The Buzz ended at the end of 2011, Jason remained at the radio station group managing five websites until July 2012. He landed the position of Digital Producer at WPTV soon after that.

He enjoys building and listening to his record collection and geeky pursuits like playing video games and riding around South Florida on a "Onewheel."