Child hit by car near Vero Beach, flown to hospital 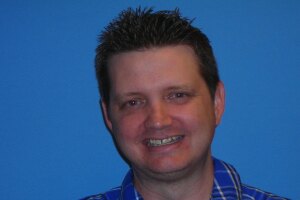 Peter Burke returns for a second stint of duty in West Palm Beach.

After leaving to become managing editor of WPBF.com, the website for the ABC affiliate in West Palm Beach, in September 2008, Peter returned to WPLG in early 2014. He served as managing editor of Local10.com from April 2014 until February 2020.

Peter has been helping to keep South Florida informed during some of the most important and, often, tragic events in recent history, including the Fort Lauderdale airport shooting in 2017 and the Parkland school shooting in 2018.

Among the fonder moments of his professional career were interviewing such celebrities as Burt Reynolds and William Shatner and covering numerous sporting events, among them the 2017 College Football Playoff National Championship in Tampa and Super Bowl LIV at Hard Rock Stadium in 2020.

Peter graduated from Florida State University in 2004 with a bachelor's degree in English with an emphasis in creative writing. He also minored in film studies.

When he isn't working, Peter enjoys watching his hometown Jacksonville Jaguars, cheering on the FSU Seminoles in all sports, singing all the karaoke classics and spending time with his wife, Lauren, and two sons, Andrew and Ryan.