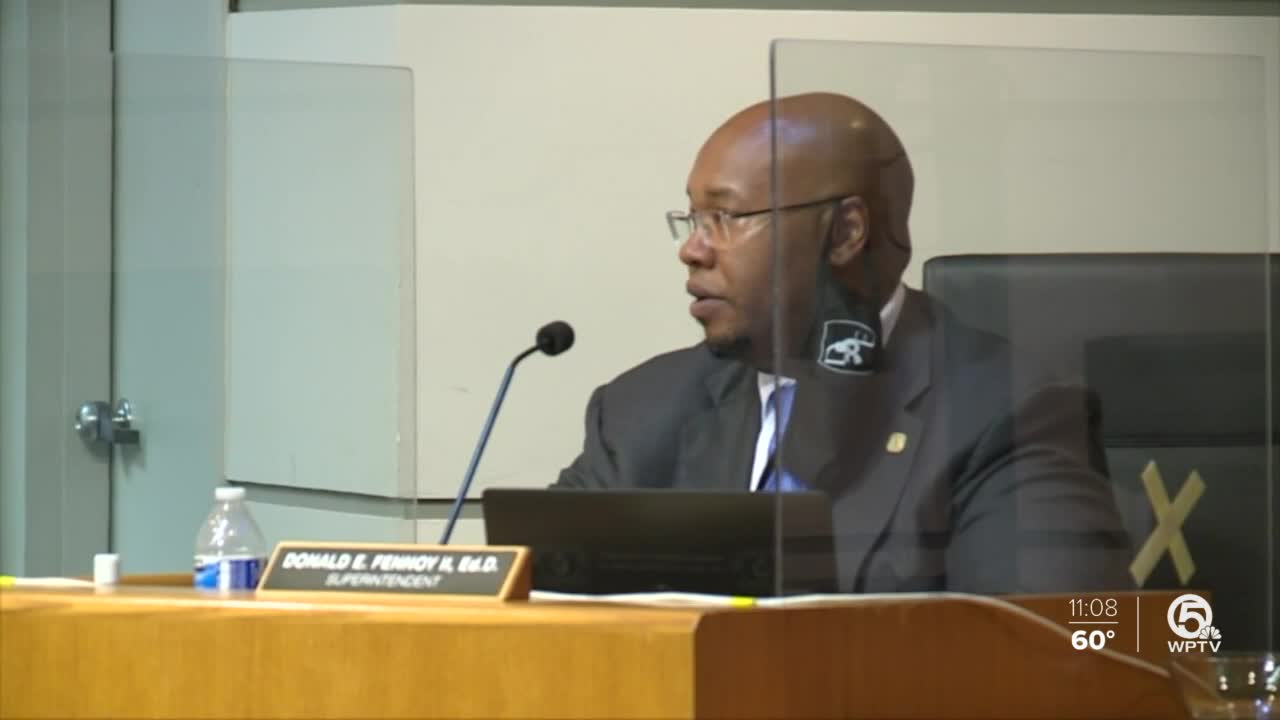 Vaccines for teachers were the focus of a special meeting held by the Palm Beach County School Board Wednesday evening. 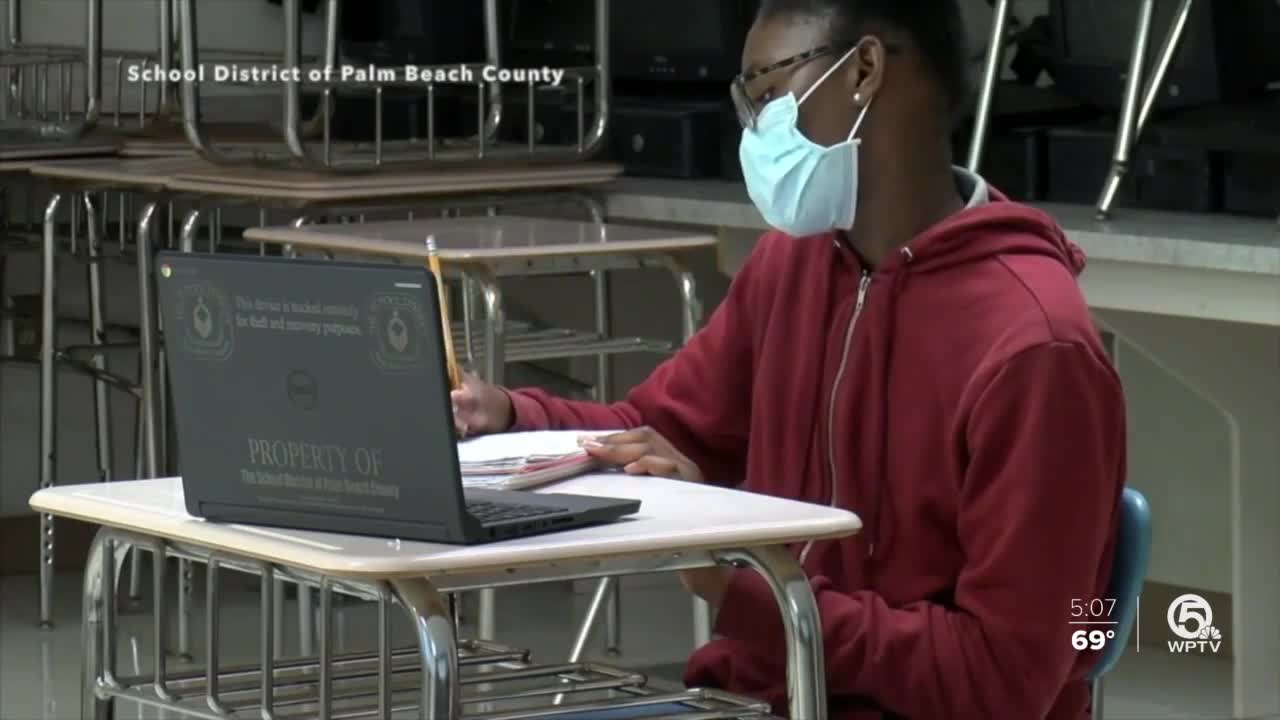 WEST PALM BEACH, Fla. — Vaccines for teachers were the focus of a special meeting held by the Palm Beach County School Board Wednesday evening.

The meeting was the first by the board this year.

Fennoy's letter asks the governor to authorize all school district employees to be classified as essential workers for COVID-19 vaccinations. He said this will allow schools to remain open.

However, Fennoy knows the governor has a hardline stance on the issue.

"Our local officials that work in Tallahassee know very clear what the issues are, and we spent a long time discussing that," he said.

Fennoy said not only are senior citizens a priority, but there's also the issue of available inventory.

"To be perfectly honest with you, the biggest issue is the supply chain. That is the issue. So, until there are enough tests to be in the county, there's nothing else really to do," he said.

Currently, teachers in Florida are not eligible to receive the COVID-19 vaccine unless they are 65 and older or are deemed to be "extremely vulnerable to COVID-19 by hospital providers."

However, Florida's Surgeon General Scott Rivkees told lawmakers Wednesday during the Senate's Health Policy committee that seniors will stay the priority, for now.

School Board member Barbara McQuinn lashed out at DeSantis for not already making the move to prioritize teachers.

"It simply defies all logic that our governor has not made our … employees with direct student contact a priority for vaccinations," said Quinn.

Board member Eric Whitfield thanked Fennoy for sending the letter and making the recommendation to the governor.

"I think this is a high priority that we really prioritize our staff because I do believe that it is the backbone of the economy to keep education going and keeping the schools open," Whitfield said.

Justin Katz, president of the Classroom Teachers Association, spoke at Wednesday's meeting and said he appreciated the board's forethought to take action on the matter and develop a plan.

"Better to have (a plan) and not need it, then need one and not have it," Katz said. "We don't know what's going to happen with the governor's decision making and granting that priority status to employees of school districts, but it's better to be prepared."

Katz also applauded Fennoy's letter to the governor and said the state's teacher union and the American Federation of Teachers are advocating for this priority status for educators.

"If we all want schools to be open, if we all want to go back to as normal a situation as possible that the vaccination is the silver bullet to get to that place," Katz said. "The teachers are with you."

"I'm really clear, as I've said before, that the bus drivers are in the highest risk position," Robinson said.

School board member Marcia Andrews advocated for developing their own vaccination plan and sending it to the state.

"We need to come up with our own Palm Beach County plan and submit it to the governor as to how it would look for vaccinations for us. We've got enough schools and buildings to do what we need to do," Andrews said.

The board unanimously approved an agreement between the school district and the Classroom Teachers Association, which results in the starting salary for new teachers increasing from about $41,000 to $47,500.

The bump in pay will be retroactive to July of last year.

Finally, the board spent a large portion of the meeting working to enhance the effectiveness of the Office of Inspector General to serve the school district better.

The board outlined a four-point plan that included:

The board voted to table this item until the next special meeting on Feb. 3.