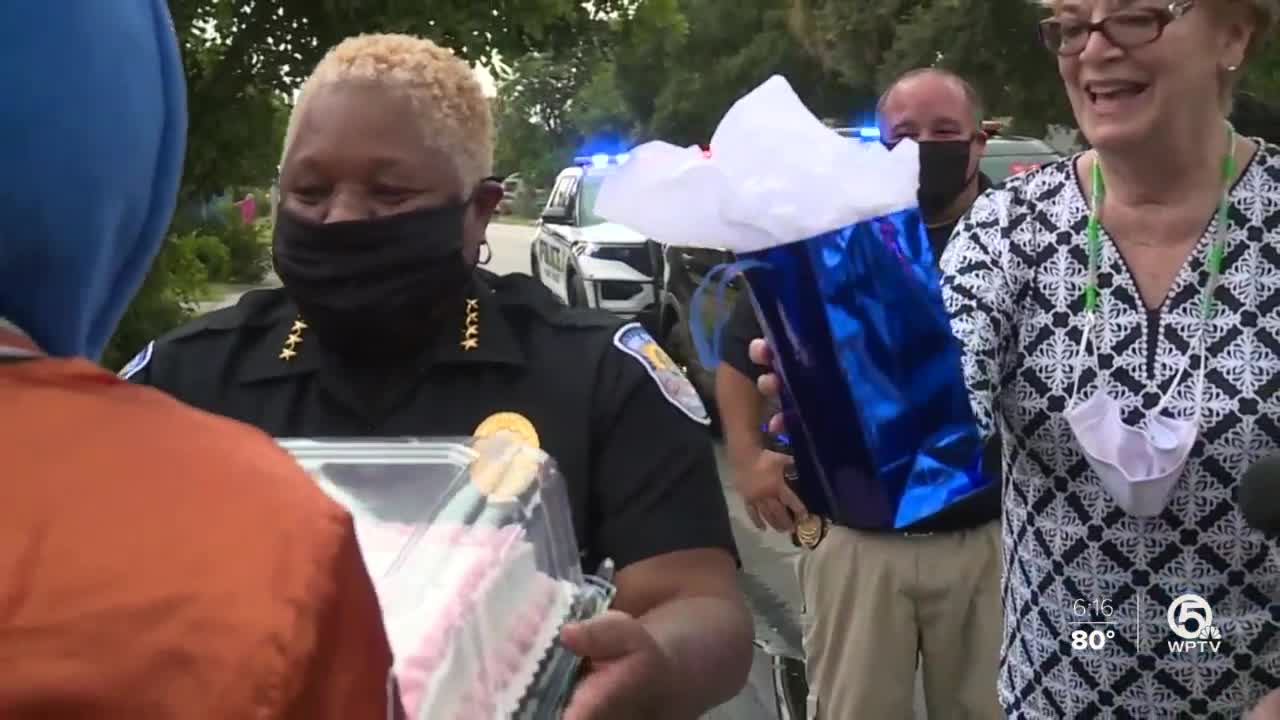 Friday was a special day for a Fort Pierce teenager recovering from injuries she sustained after being hit by a hit-and-run driver while roller skating last month. 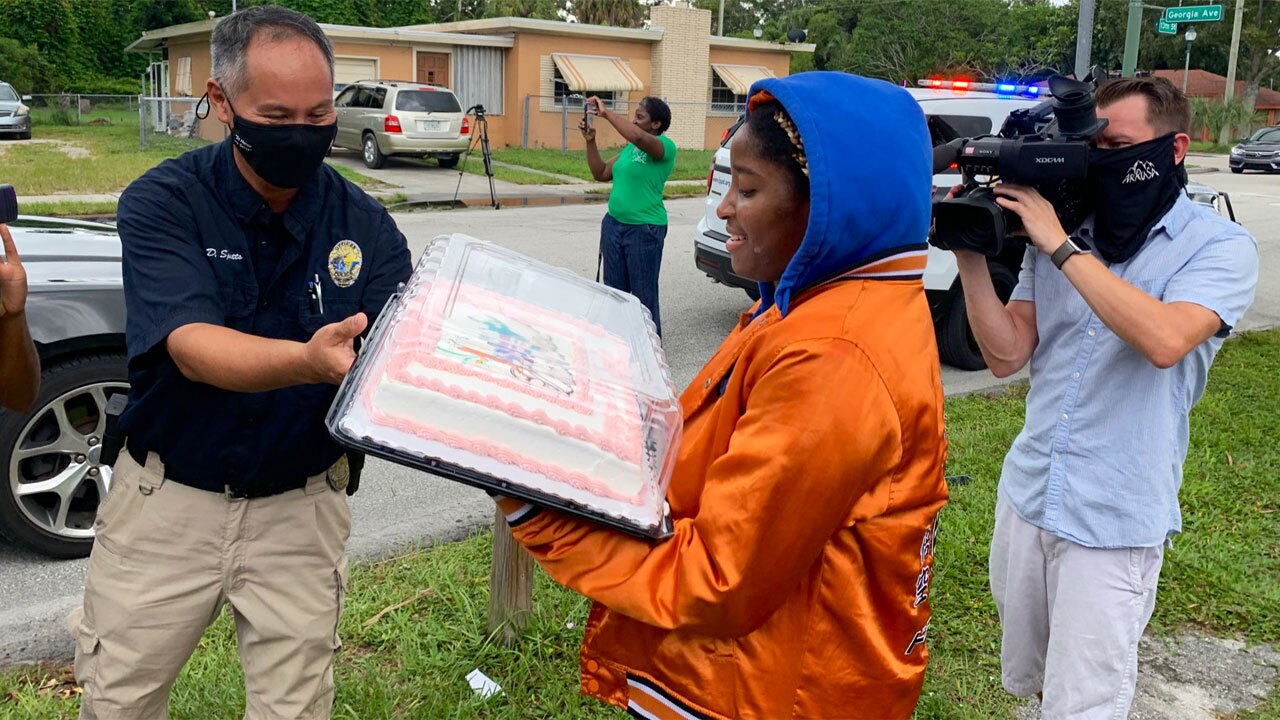 FORT PIERCE, Fla. — Friday was a special day for a Fort Pierce teenager recovering from injuries she sustained after being hit by a hit-and-run driver while roller skating last month.

Jayda Murphy turned 16-years-old and received a special birthday surprise from the police.

She was greeted by Mayor Linda Hudson, Police Chief Diane Hobley-Burney and a convoy of patrol cars accompanied by choruses of "Happy Birthday."

Fort Pierce police surprised her with a patrol car parade, a gift card and a birthday cake with her name on it.

"I heard the police sirens, and I thought ... whose about to get caught by the police today," Murphy said.

#birthday in progress! @Ft_Pierce Mayor Hudson & Chief Hobley-Burney led a patrol car convoy🚓🚓🚓🚓for Jayda, 16 today. Jayda was struck by a hit-and-run driver in August and was in ICU for 2 weeks. Hope we made your day a little☀️brighter! And thanks to @SamsClub PSL for the🎂 pic.twitter.com/Hh18BhmsgT

The teen was hit while roller skating near her grandmother's house Aug. 29.

She was airlifted to Palm Beach Children's Hospital in West Palm Beach with traumatic injuries to her brain and internally. Jayda was released from the hospital on Sept. 15.

Friday's surprise was a heartwarming event after a tough last few weeks.

"Oh wow, I was so surprised," Murphy said.

Even though the driver did not stop after hitting Murphy, Sadellia Ervin did.

"I just thank God he allowed me to travel on the same road I always travel on and come upon you," Ervin said. "I stayed with her until the paramedics took her away from me."

Despite being home for about a week, Murphy is still not 100 percent.

"My memory right now is very kinda fuzzy," she said. "Every time I cough and sneeze it still hurts."

Despite that, her community couldn't be happier.

"We are so very proud of your strength, and we want you to know we're doing everything we can to find who did this," Hobley-Burney said.

Hudson was sure to let Murphy know, "You can call me anytime."

Police said the driver of the vehicle that hit Murphy is a pickup truck, possibly dark-colored, with front-end damage.