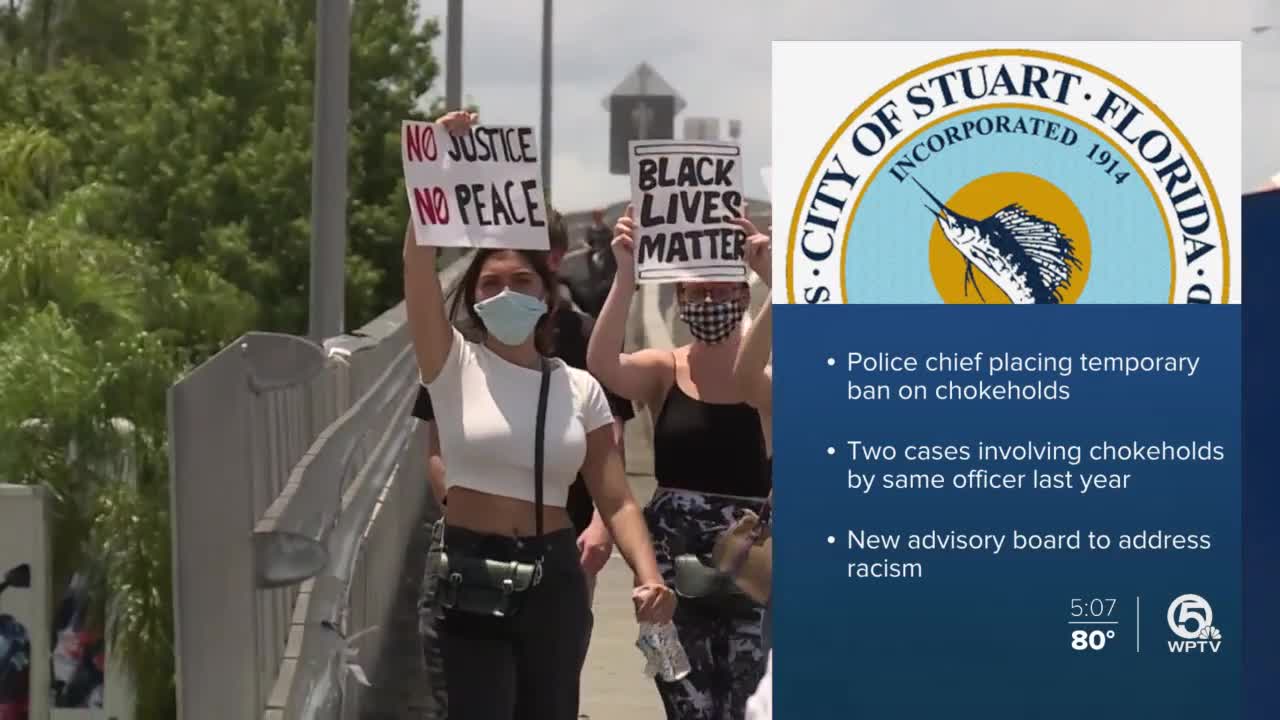 Officers with the Stuart Police Department will no longer resort to using chokeholds, for now.

STUART, Fla. — Officers with the Stuart Police Department will no longer resort to using chokeholds, for now.

Stuart Police Chief Joseph Tumminelli announced last week that he has placed a temporary ban on the restraint and is considering eliminating it altogether.

The move comes amid fallout from the death of George Floyd, the unarmed man who was killed while in police custody in Minneapolis.

The change also comes on the heels of the new social media campaign #8CantWait, a list of eight policies geared toward reducing police violence.

The new push was created by the nonprofit organization Campaign Zero.