What is 8 Can't Wait? Boca Raton ahead of police reform

'The policies are already in place,' police chief says 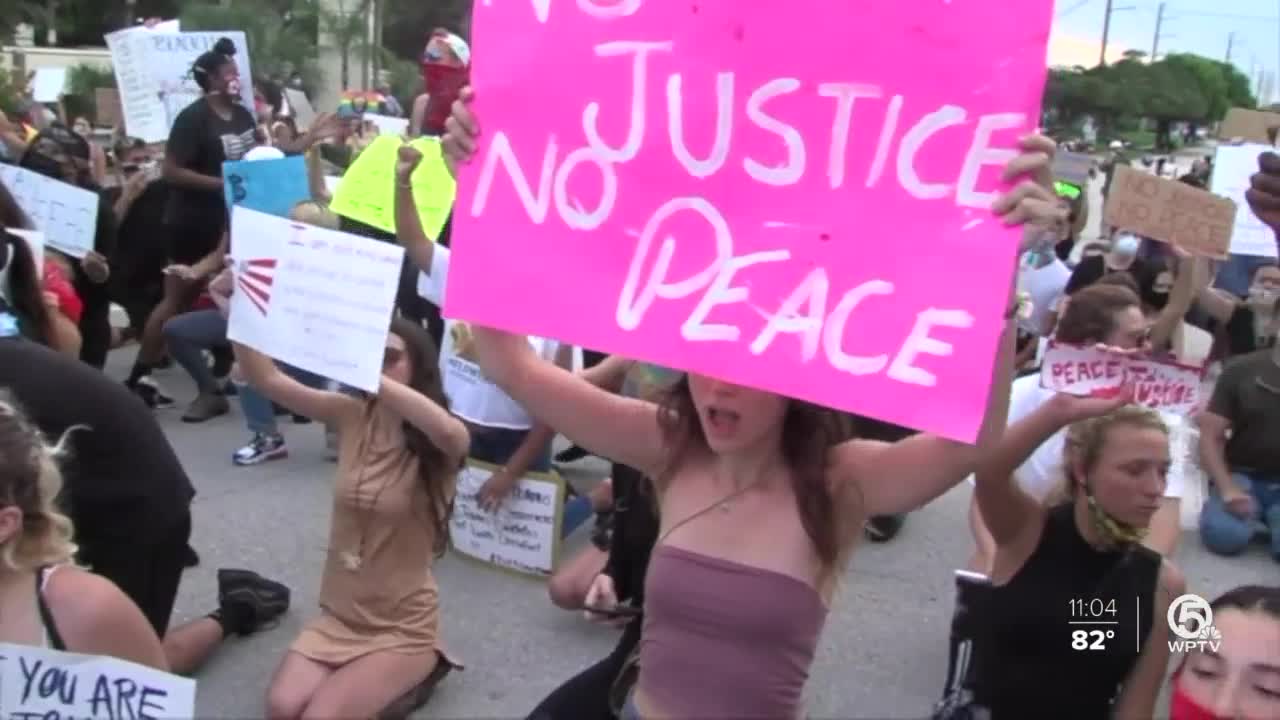 The call is to ban police chokeholds, changing reporting systems for use of force incidents, requiring officers to intervene when they witness police wrongdoing, and more.

BOCA RATON, Fla. — Like many cities across the country, Boca Raton has seen groups of people protesting the death of George Floyd while in police custody. Not only are the groups asking for justice, but they're also asking for swift police reform through a trending campaign called #8Can'tWait.

The call is to ban police chokeholds, changing reporting systems for use of force incidents, requiring officers to intervene when they witness police wrongdoing and more.

"I know we've all gotten emails regarding the tag #8Can'tWait campaign and I'm here to discuss our response to resistance policy," Miuccio said. "The policies are already in place."

Miuccio said whenever feasible officers shall identify his or herself as an officer and give a verbal warning before force is used.

"It doesn't come as a surprise that the city of Boca Raton hasn't seen these kinds of incidents here before," he said.

Thomson said each year the policies are tested and trained.