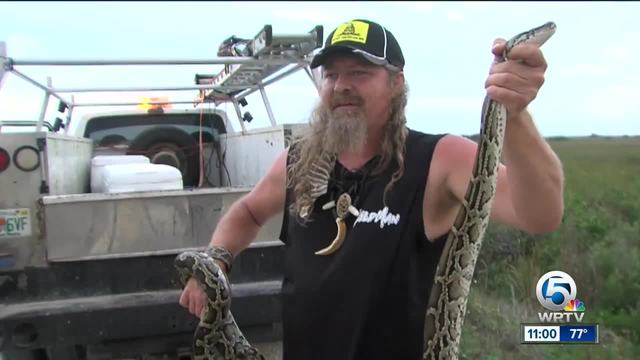 “Oh yeah!” Dusty “Wildman” Crum says energetically has he climbs into his pickup truck as he’s about back into the Everglades with a new reason to celebrate. 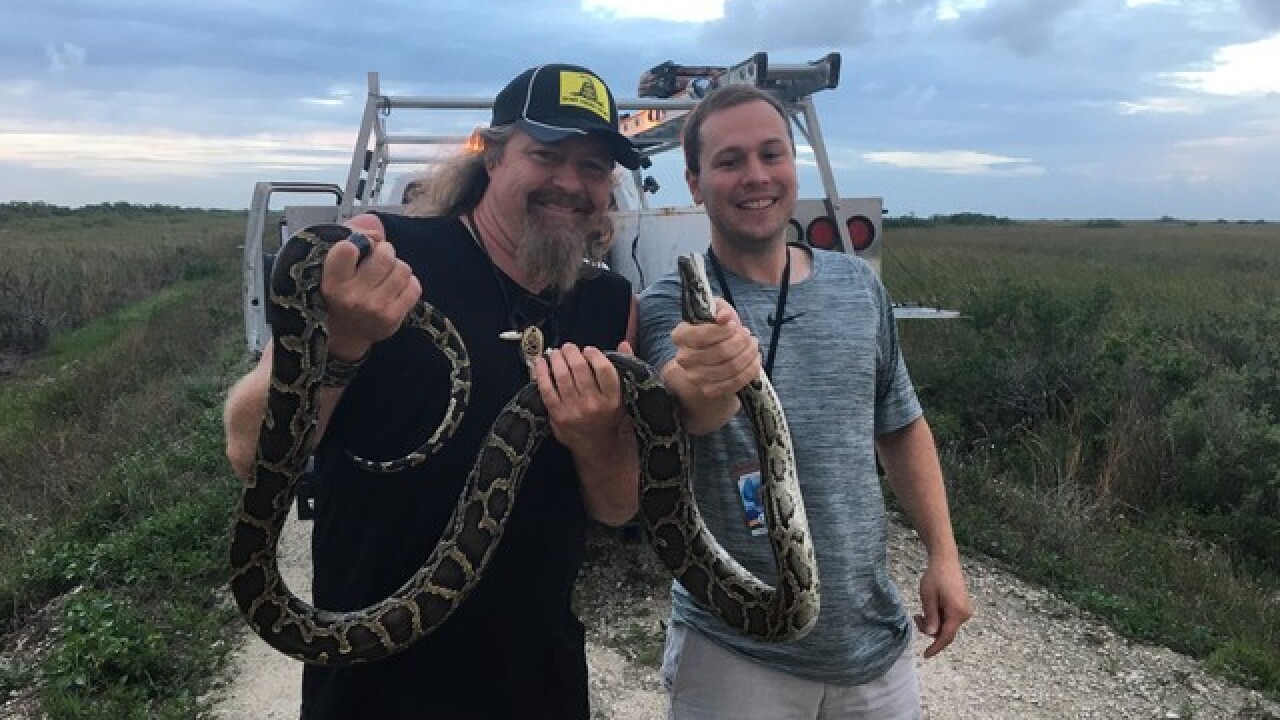 Python hunters celebrated their 1,000th capture Tuesday in a program that pays them hourly with bonuses for bigger snakes.

“Oh yeah!” Dusty “Wildman” Crum said Tuesday as he energetically climbed into his pickup truck in the Everglades with a new reason to celebrate.

One snake at a time, he along with 24 professional python hunters have extracted more than 1,000 in a year’s time, just recently passing the 1,000 mark.

“It’s an environmental hunt. It’s a necessary hunt. We’re gonna keep going. Keep putting snakes in a bag one at a time,” he says.

He caught a 7-footer on his way to meet us. It’s getting ready to shed its skin.

“It’s blue over its eyes. We know the snakes are moving tonight. We’re going to catch a big one tonight,” he says.

The South Florida Water Management District’s Python Elimination Program’s hunt has by far been the most effective program yet. Hunters captured nearly a mile and a half worth of snakes so far.

This program pays the hunters hourly and bonuses for them based on size. Extra for uncovering a nest.

WPTV met him when this hunt first started.

“A year ago today, I was talking with you Andrew and we were weighing in the 50th snake captured. So you take 950 snakes later with thousands of eggs that we’ve taken out of the environment and we’re making a difference,” Crum says.

The snakes have decimated the ecosystem in the Everglades, competing with the natural predators food source.