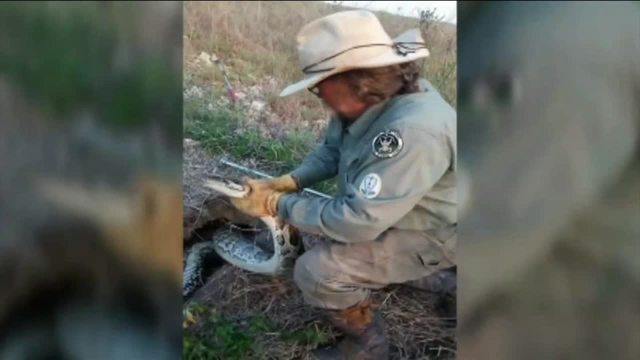 For the first time this year, The South Florida Water Management extended the Python Elimination Program. 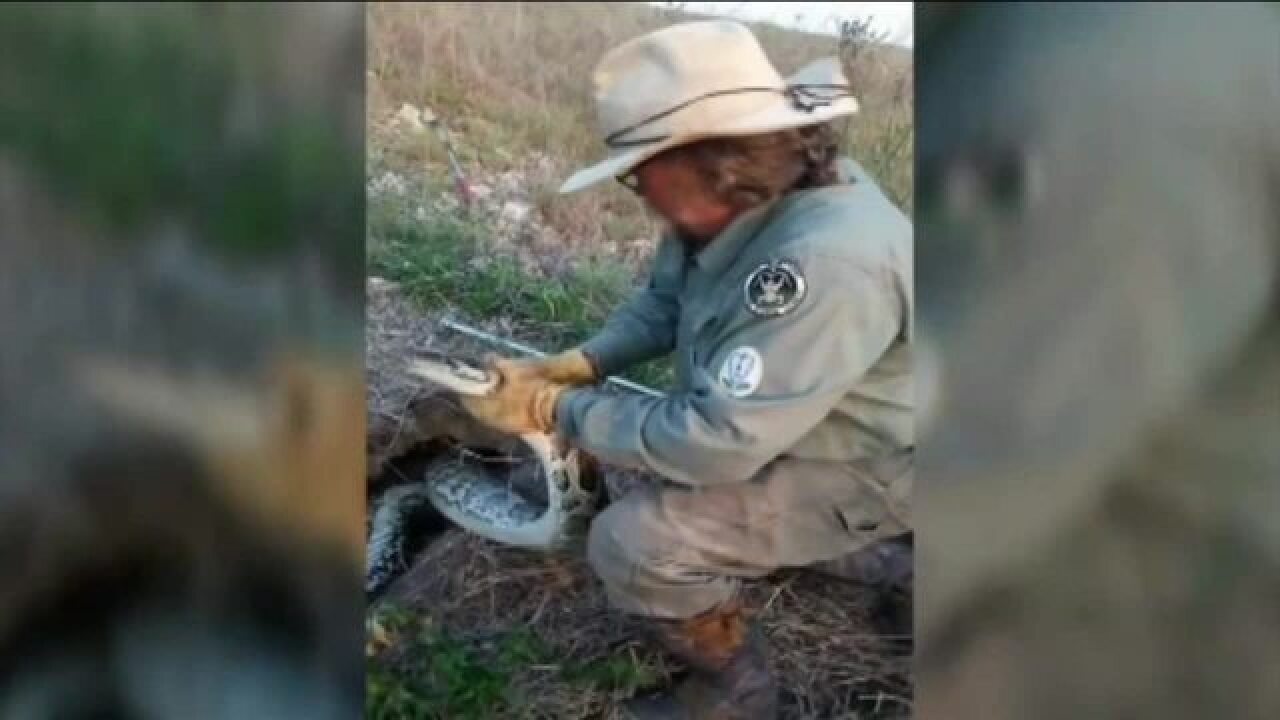 We met Dusty 'Wildman' Crum and his 1992 Ford F-450 Superduty in the parking lot of Tippy’s Outpost in the Everglades.

Wildman drives, Ian, our photographer on a chair on the back and I’m in shotgun.

No shoes, no pavement, no problem-after all, we’re only looking for snakes. Wildman prefers hunting in his bare feet.

“Since the first challenge in 2013, I’ve just kinda been hooked. I got bitten by the python bug," he told me. So I asked, "Have you actually been bitten by a python?"

"Oh yeah, many times," he replied as he got ready to unlock the gate to our hunting area.

Wildman knows the Everglades well having placed second in the 2013 hunt and first in the 2016 hunt.

For the first time this year, The South Florida Water Management extended the Python Elimination Program.

Combining the regular season and the extension so far, snake seekers netted at least 220 pythons, that’s more than in 2013 and 2016 combined.

Unlike the first of the season, when pythons are found in the morning and at night, hunters now focus more on the night hunt.

“Heat of the day is over. They’re going to be coming up out of the water looking for a quick meal," Wildman says.

“Water snake," he declares, checking out some brush.

“We’re about 12 miles out right now," he says, looking out at a pond in the dark. Gator eyes staring back at us, reflecting off our flashlight. “It’s tough.  You gotta keep going. Mile after mile, and put in the miles and the hours and eventually you’re going to get lucky.”

Back on the road, Ian sees some snake dinner, “Look at those boars!” he yells.

“Snakes would love to eat those piglets," Wildman tells me in the cab. It's a mom and 12 babies, trotting behind her.

We let them be.  Our python is out there somewhere…

"You guys see that?" Wildman asks

“Where you at?" Wildman says, as he goes into the water, moving branches out of us way.

He looks around for a few minutes but nothing. He picks up a rock and sets it down in the road. “I’m going to come back here in the morning," he declares.

"As we got closer, I see it moving in the water and it looked to me like an "S" curve pattern just moving through the water and I looked away for a minute and when I tried to look back I couldn't see it anymore. I'm pretty sure I saw a big snake right there but I can't say 100 percent," he says, replaying the event over.

We apply some bug spray and carry on, back to Tippy’s, but without any snakes.

An hour later, just about to give up hope, a few miles from being done, Ian spots a slither in the bushes.
Wildman moves in, and grabs it with his hands.

“That sucker’s wet. Just come up out the water. That’s how we do it boys. Wooooooo! Wildman!” he yells.

It measures about 9 feet. A payout of about $120, Wildman estimates.

“It’s not the biggest snake in the world. But we’re taking one snake out of the Everglades, out of the environment at a time. This snake’s not going to be able to hurt any of our natives."

Back at Tippy’s now, we take a picture with our catch. Later, the snake will be handed over to the state. And Wildman will be looking for the next python.