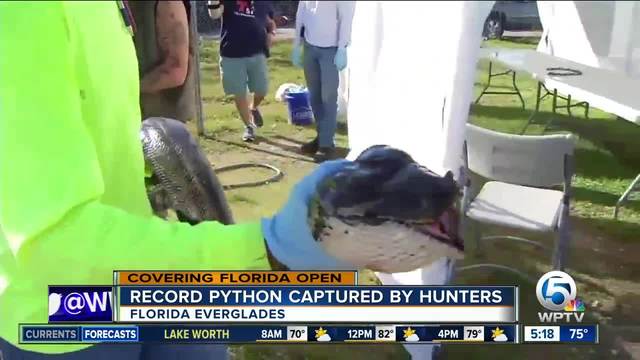 A monster 17-foot python that was captured in the Florida Everglades over the weekend is the largest caught so far under the python elimination program. 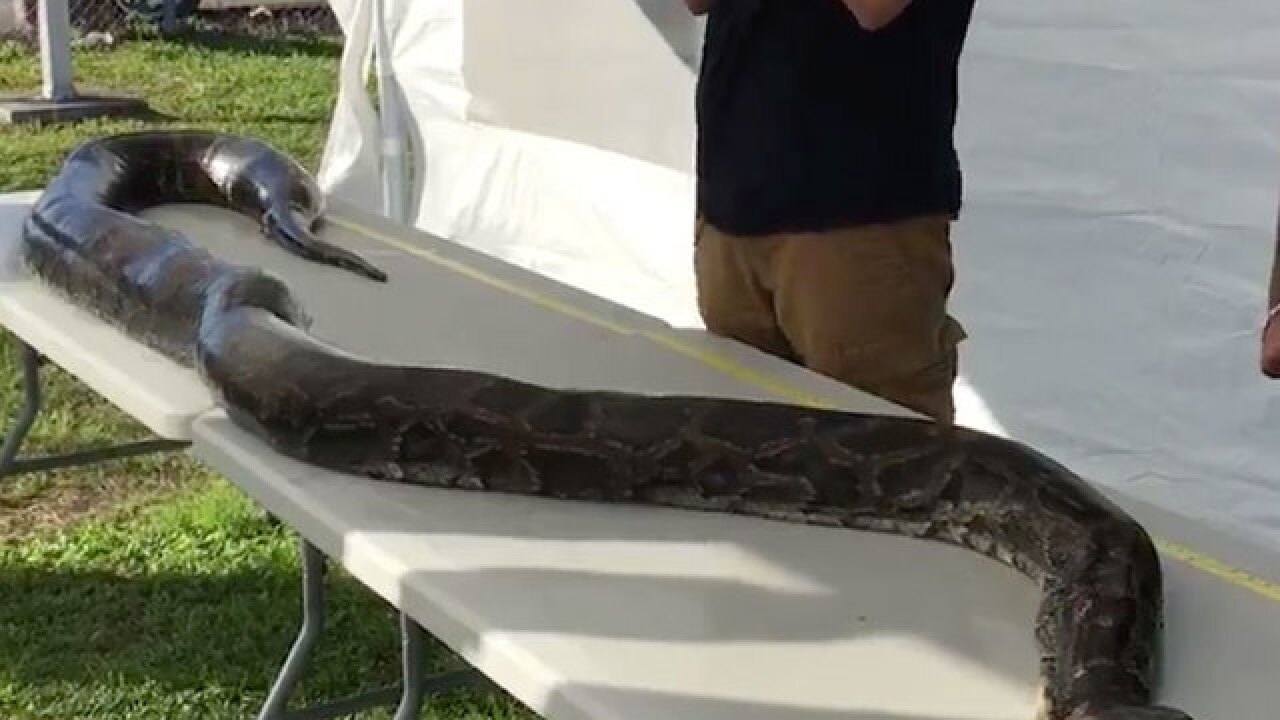 This is the largest python ever caught under Florida's Python Elimination Program, which was started earlier this year.

The hunters will receive $375 for catching the giant snake.

Thousands of pythons are estimated to occupy South Florida and known to cause problems for wildlife in the Everglades.

Python hunter Jason Leon set a record for the SFWMD Python Elimination Program with this 17-foot-1-inch Burmese python that he brought to the District's Homestead Field Station today. pic.twitter.com/p6iNnTex6H