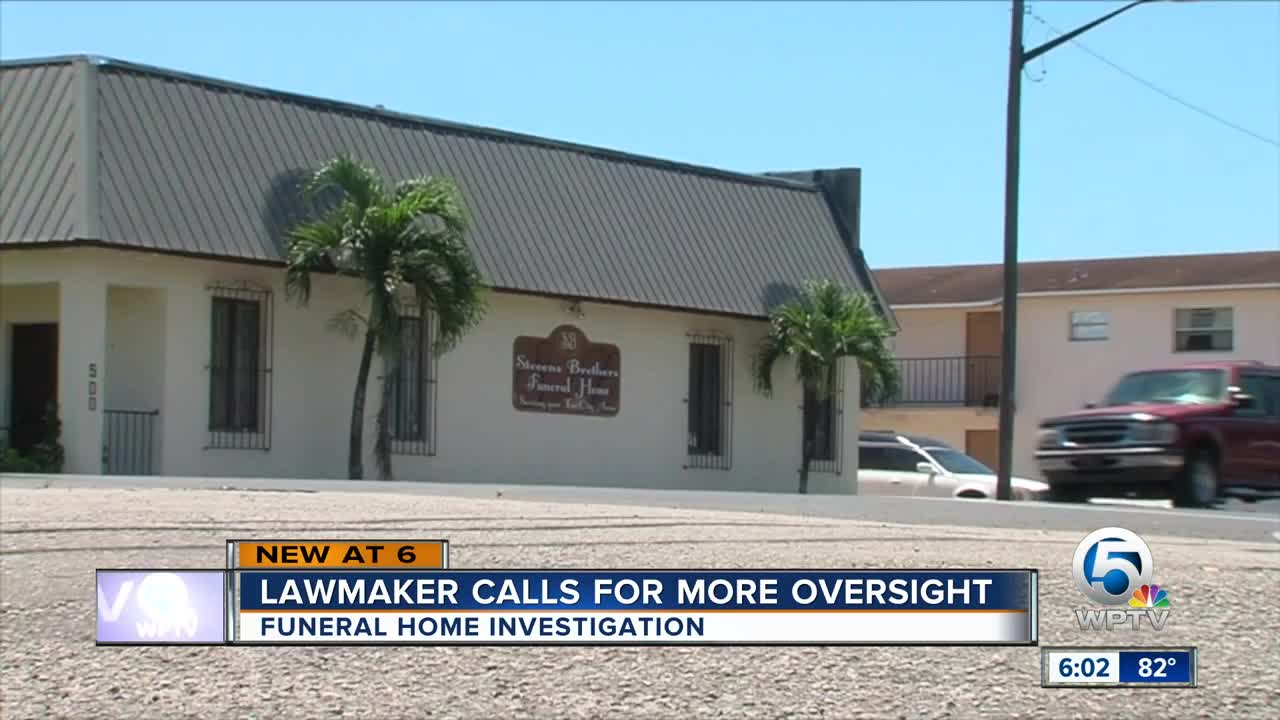 The Florida Department of Financial Services has opened an investigation into Stevens Brothers Funeral Home in Belle Glade, and now a Florida Senator is calling for more oversight.

WEST PALM BEACH, Fla. — The Florida Department of Financial Services has opened an investigation into Stevens Brothers Funeral Home in Belle Glade, and now a state senator is calling for more oversight.

“My heart goes out to the families that have been affected by this, because in the end there are no winners,” said Florida Sen. Bobby Powell of Riviera Beach.

Powell is reacting to the ongoing investigation into Stevens Brothers, and the long list of allegations and lawsuits facing the business.

“If someone received the wrong remains, or remains have been left on the side of the road, that person who is operating the business is ultimately responsible,” Powell said.

The investigation into the funeral home was launched in April after three sets of cremated remains were found dumped on the ground in West Palm Beach. Then, two weeks ago, the family of Jakiel Allyson Jones filed a lawsuit after they claim an employee at Stevens Brothers snapped a photo of Jakiel’s body, which later ended up on Facebook the day of her funeral.

“I can never get my child back, I don’t care about the money but I don’t want it to happen to anyone else,” said Deanna Washington, Jakiel’s mother.

James Stinson, the owner of Stevens Brothers, also owned Reddick Funeral Home in Clewiston, FL. According to an inspection report, in 2017, six sets of cremated remains were also found inside the abandoned business, and the state says Reddick had its licensed revoked.

Stinson denied the allegations to WPTV weeks ago, and he’s been licensed using different names.

Powell is now hoping the state’s investigation can spark change.

“I’m hopeful the Legislature moves forward with some legislation that will prevent this from ever happening again,” Powell said.

WPTV reached out to Stevens Brothers multiple times for comment Thursday, but was told no one was in the office.