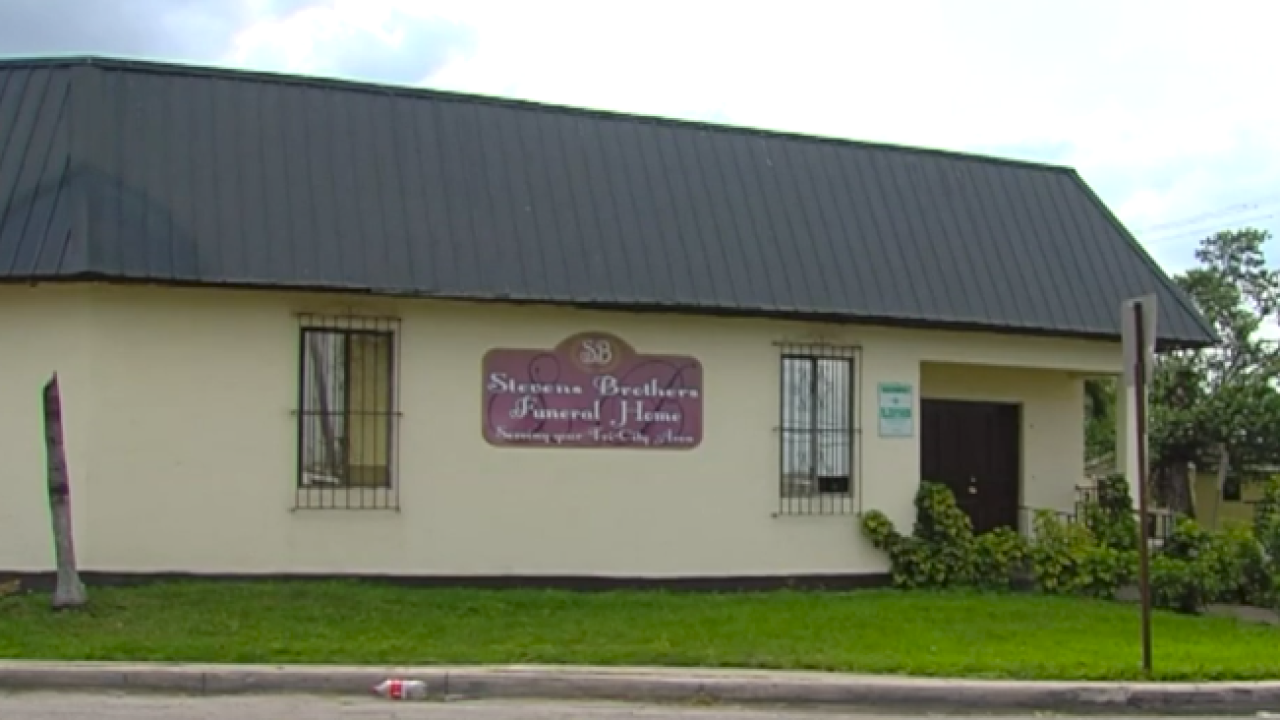 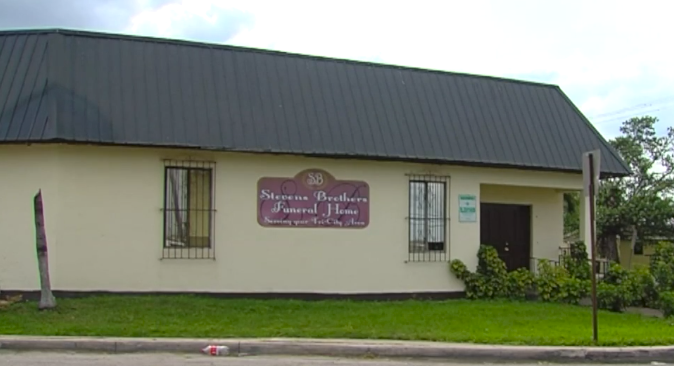 BELLE GLADE, Fla. — A funeral home in Belle Glade is now under investigation after three sets of cremated ashes were found dumped on the side of the road. WPTV has also uncovered the owner has been doing business at another location and was licensed using different names.

The Florida Department of Financial Services has opened an investigation into licensing issues at Stevens Brothers Funeral Home, and to see if criminal fraud was committed. The Division of Funeral, Cemetery, and Consumer Services told WPTV four complaints have been filed against the funeral home, but the doors remain open.

“I don’t have no peace. It’s like I’m still in mourning and I can’t get over it,” said Ronda Mitchell.

“She went through a lot in her life, so why does she have to go through anymore in her death, it’s not fair to her,” Mitchell said.

Mitchell had her mom’s body cremated in 2014 at what was then Taylor, Smith and West Funeral Home in Belle Glade. In 2016, Mitchell was awarded a $3.5 million dollar judgment after receiving the wrong cremated ashes, but she claims she hasn’t seen a penny.

“I have received zero, I haven’t received anything,” Mitchell said.

Taylor, Smith, and West had its license revoked in 2015. According to documents filed last week by Mitchell’s attorney, the former owner of Taylor, Smith, and West set up an alter ego and reopened as Stevens Brothers Funeral Home, which was licensed under a different name. The state confirms to WPTV, the same owner is in fact behind both funeral homes.

“All I want is my father’s ashes back,” said Gloria Nero Rolle, the daughter of Robert Nero.

Stevens Brothers is now being investigated after three sets of cremated ashes, including Nero’s, was found on the side of the road last month in West Palm Beach.

“It is humble regrets that this matter has taken place. We first want to apologize to the family for any hurt that they are suffering. The West Palm Beach police contacted informed us that there appeared to be cremains that was scattered and not in a box. They asked if we could assist them in retrieving the cremains. We arrived and properly received the cremains to the best of our ability and they were carefully placed in a bag and have been in our care since. We attempted to reach out to the family to bring closure for Mr. Nero Sr final resting place. Mr. Robert Nero Sr was cremated in 2010 and his son Mr. Robert Nero Jr came to the funeral home and received his father cremains not in an urn but in the box that was issued by the crematory. Again we are keeping the Nero family in our prayers.”

WPTV has learned Stinson also owned Reddick Funeral Home in Clewiston, Florida. Reddick had its license revoked in January 2019 after records show the cremated remains of six people were found inside the abandoned business during an inspection in May 2017.

“It brings up all that hurt and pain back to me,” Mitchell said. “This is unacceptable like I don’t understand why they continue to do this.”

The Department of Funeral, Cemetery and Consumer Services confirmed Reddick Funeral Home in Clewiston had its license revoked, and WPTV obtained a copy of the revocation letter. Despite that, in a statement sent Thursday evening, James Stinson claims his license in Clewiston was never revoked.

He also said the decision was made to merge our locations together and there were no ashes left in the building. Stinson also claims the building was sold and the funeral home was closed.