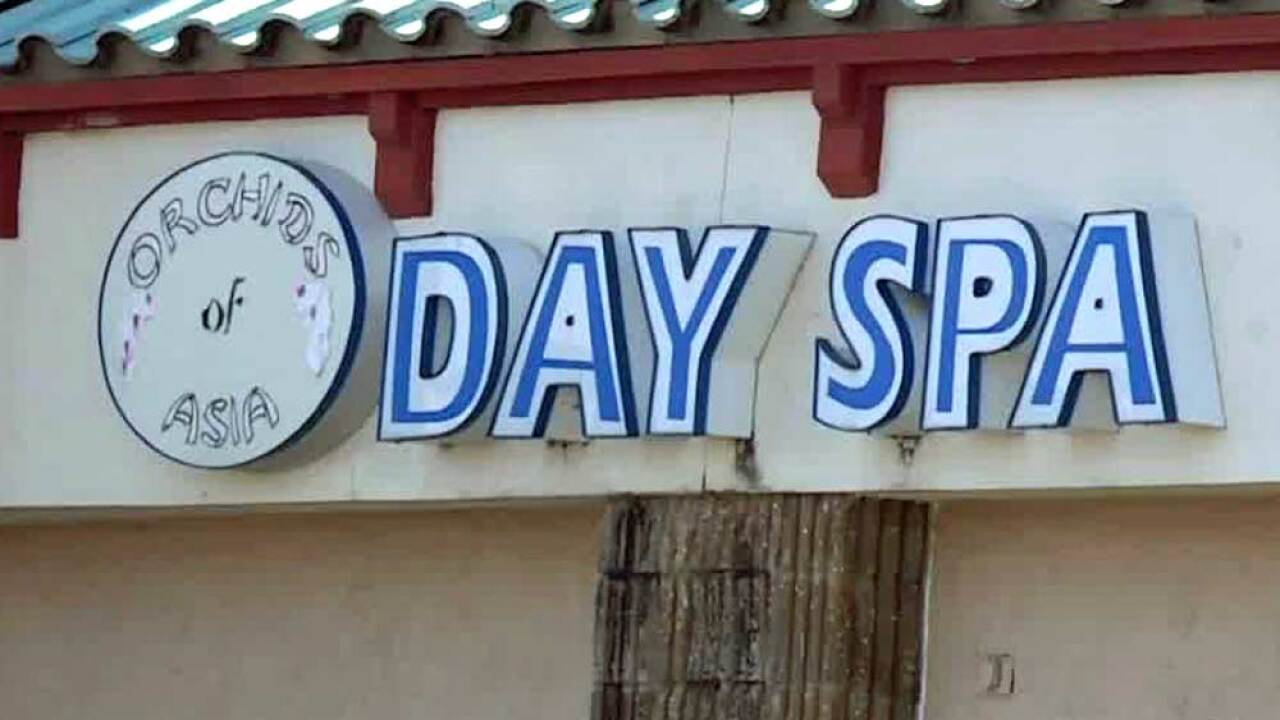 Copyright 2019 Scripps Media, Inc. All rights reserved. This material may not be published, broadcast, rewritten, or redistributed.
WPTV
Orchids of Asia Day Spa

Attorneys representing four women accused of running a prostitution ring at the Orchids of Asia Day Spa in Jupiter filed a response to the State's appeal.

Kraft faces two misdemeanors for allegedly soliciting prostitution. He denies the allegations and pleaded not guilty to both counts.

In October, prosecutors formally filed an appeal to a judge's ruling that tossed key evidence from being used at trial.

Now, attorneys representing the four women have fired back, repeatedly pointing out that investigators "did not make any effort to minimize the recording of non-criminal activity."

The filing notes that at a hearing in May, "the Assistant State Attorney conceded that not only did no minimization occur but also that there was no "good faith" effort to minimize."

They write that the state "unequivocally told the trial court" that there was "no evidence of human trafficking."

No hearing date has set been for the case.