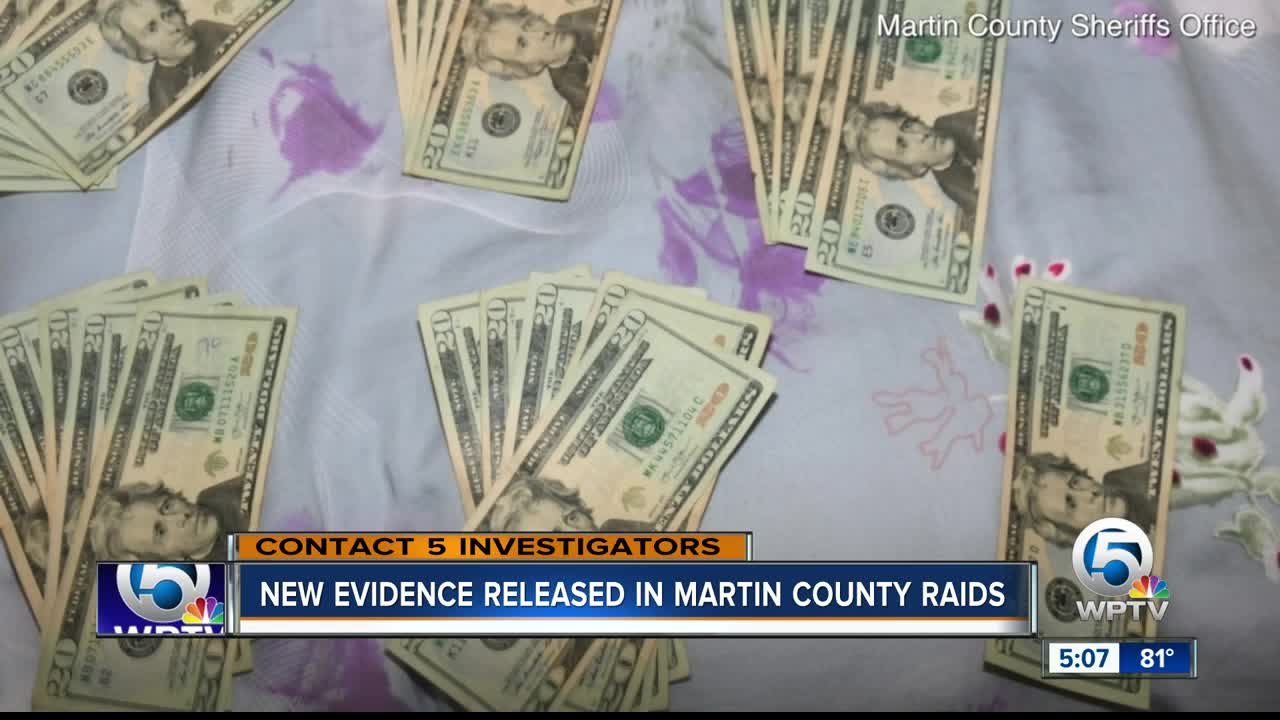 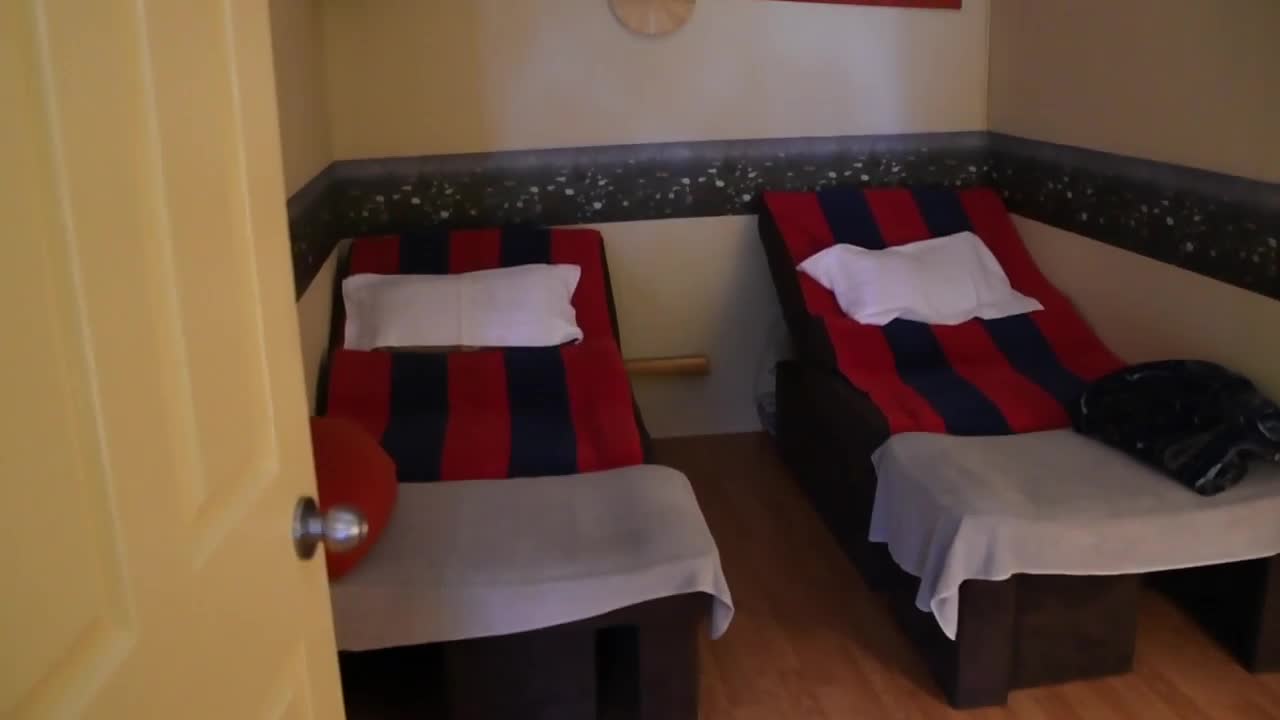 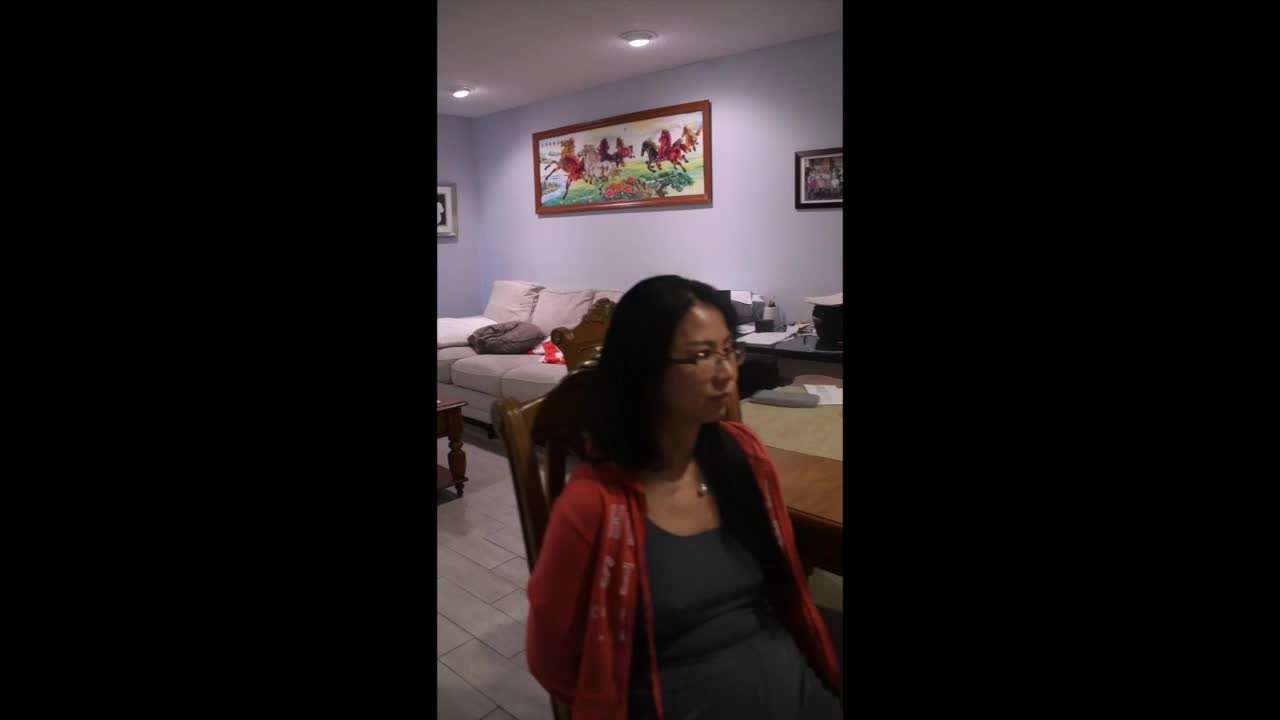 MARTIN COUNTY, Fla. — An Asian woman sits quietly on a wooden chair in a living room, her arms handcuffed behind her back.

Around her, detectives with the Martin County Sheriff’s Office raid her home. She watches as a detective walks by, recording what he finds.

These images are part of a video recording, included in newly released evidence from the State Attorney's Office in a prostitution investigation out of Martin County.

Ruimei Li, 48, is one of six women charged in connection to an alleged prostitution ring operating out of Asian massage parlors. About 100 men were also arrested in connection to the Martin County cases, accused collectively of visiting the parlors at nearly all hours of the day and night.

In another video, guns drawn, both Martin County deputies and investigators with the Department of Homeland Security raid Bridge Day Spa in Hobe Sound.

The video, and pictures that follow, show detectives were looking for cash, condoms, and any evidence which might prove women were being forced to live inside the spa.

However, the newly released evidence shows detectives with MCSO weren’t the only ones concerned with human trafficking.

Several photos show a case file with one of the alleged madams in the case, Lixia Zhu, scribbled across the front. Inside the case file, photos show a print out of Florida’s human trafficking statute.

On the paper, it appears someone tried to translate the statute from English to Mandarin, specifically phrases like “sexual entertainment industry”, “coercion” and “instill fear.”

Aside from the human-trafficking case file, detectives seized dozens of other items, including more than $70,000 found in safes in Zhu’s home in Stuart, where she lived with her boyfriend John McNulty.

Recently, McNulty filed court paperwork asking detectives to return more than $54,000 in cash and a few other items deputies seized. On Wednesday, McNulty will argue in court to get those items back.

He wants his property back and in court records claims more than $54-thousand dollars of the cash deputies seized was his.

Collectively, the investigations resulted in more than 300 charges for both men and women, from Jupiter to Hobe Sound, and shut down a handful of day spas.

The most high-profile case involved New England Patriots' owner Robert Kraft, who was charged with two counts of solicitation as a result of the Jupiter’s investigation

This is a developing story. Our Contact 5 Investigators are pouring over hundreds of photos and more than 1,000 pages of case files to bring you more information. We will update this story as we learn more.