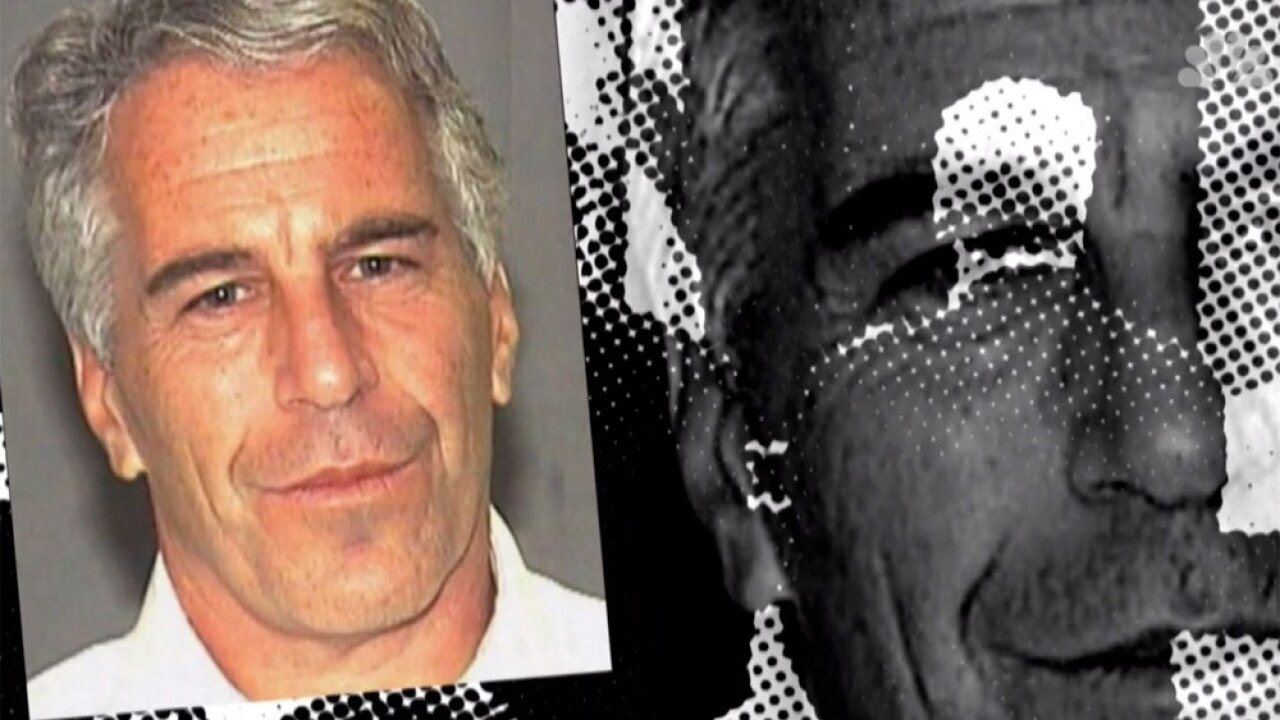 NEW YORK (AP) — In the decade since striking a deal that required him to register as a sex offender, Jeffrey Epstein has sought to underwrite all manner of youth causes, such as a baseball program near his retreat in the U.S. Virgin Islands and an all-girls' school a few blocks from his Manhattan mansion.

MORE: Inside look at Jeffrey Epstein's Palm Beach estate in 2005

The Associated Press found that the wealthy financier's donations included $15,000 to the exclusive Hewitt School on the Upper East Side of Manhattan, $35,000 to the Junior Tennis Champions Center in College Park, Maryland, and $25,000 to the Ecole du Bel-Air grade school in Haiti — all after he pleaded guilty in 2008 to charges of soliciting a minor for prostitution.

Epstein's donations through his charitable foundations, though not in violation of his status as a sex offender, were nonetheless awkward for some recipients. They were also, at times, difficult to trace.

It wasn't until later, when they realized a sex offender was behind the donations, that the school, the tennis center and the Haiti project returned the money.

It's not clear why Epstein, who taught calculus and physics at Manhattan's coed Dalton School in the 1970s, singled out the Hewitt School for the 2016 gift. Administrators at the 500-student school responded to questions by saying only that it immediately gave the money back after learning of the Epstein connection several months ago.

In other instances, Epstein's foundation boasted in gushing news releases about his philanthropy and even inflated how much he was giving.

One news release in 2012 trumpeted his "critical funding" for the Rising Stars Youth Steel Orchestra in the U.S. Virgin Islands, a successful program for kids that has performed at New York's Lincoln Center and the New Year's Tournament of Roses Parade in Pasadena, California. Instead, the only record the orchestra could find of an Epstein donation was a $175 ad he purchased for a brochure.

Similarly, Epstein's foundation sent a 2012 news release boasting of "pivotal" funding for what is now known as the Junior State of America, but the Oakland, California, group for future student leaders said it got nothing.

Epstein's charitable giving has come under new scrutiny this week after his arrest and not-guilty plea on federal sex trafficking charges in New York. The 66-year-old hedge fund manager was accused of paying underage girls hundreds of dollars for massages and then molesting them at various locations from 2002 through 2005.

The charges are nearly identical to federal allegations in Florida that were disposed of more than a decade ago in a much-criticized secret deal that allowed Epstein to plead guilty to lesser state charges of soliciting a minor for prostitution. He served 13 months in a work-release program and registered as a sex offender.

"We are a youth organization. We don't condone that kind of behavior," said Adelia Henneman, a director of the Rising Stars Youth Steel Orchestra, whose members are 10 to 18 years old. "I don't want to have the Rising Stars affiliated with Jeffrey Epstein."

Epstein's lawyer, Martin Weinberg, did not return calls and emails seeking comment but has been quoted previously as saying Epstein's donations reflect a "heartfelt" desire to "help those need."

At least one program says it got what was promised and has not returned it. The St. Thomas Baseball Explorers in the U.S. Virgin Islands, where Epstein has a tightly secured island home, runs several teams for players 10 to 18. While the organization didn't have an exact figure for Epstein's gift, it said he provided sign-up fees and travel expenses for at least 15 players for multiple seasons. Epstein's foundation touted his gift in a 2012 news release, but the program says he is no longer a sponsor.

Epstein's philanthropy is mostly known for targeting scientists and research. Over the years, he has donated to MIT researchers and given millions to a program at Harvard that uses math to study evolution. MIT did not return messages seeking comment, and Harvard had no comment, citing a policy of keeping information on donors private.

Epstein also has given $95,000 over two decades to politicians, including $10,000 in November to the Democratic Congressional Campaign Committee, which promptly returned it.

Around the time he struck his 2008 plea deal, Epstein handed $46 million to a foundation linked to a longtime money management client, Ohio billionaire Leslie Wexner. After that, his donations appeared to fall off.

Since 2008, tax records for three Epstein charitable foundations the AP reviewed show $2.25 million in overall donations, of which $136,000 was for organizations related to children's education and youth programs. Those totals are probably incomplete, however, because tax documents for one of Epstein's foundations, the Jeffrey Epstein VI Foundation, were not publicly available.

Epstein has created several foundations over the decades under various names, including Epstein Interests, Enhanced Education, the Florida Science Foundation and, most recently, Gratitude America.

Tax documents for Gratitude America show that he gave nearly $2 million in 2016 and 2017 to 27 organizations focusing on cancer research, young musicians, world peace and other issues.

The foundation is also behind the Hewitt School and tennis center donations as well as the $30,000 to a preschool in New York's Harlem. Other schools touted in news releases as receiving Epstein money included Bard High School Early College schools in New York City and New Jersey, and Maya Angelou Public Charter Schools in Washington. Neither returned calls seeking comment.

Tax documents say Gratitude America's purpose is to "provide support to other organizations around the world that seek to celebrate the United States of America and the American ideals, including liberty, equality, democracy, individualism, unity and diversity."