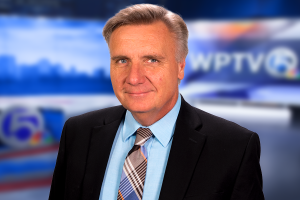 Matt returns to WPTV after first working at NewsChannel 5 in the mid 1990s.

Originally from New York, Matt has previously worked in St. Louis, Pennsylvania and upstate New York after graduating from the New York Institute of Technology on Long Island.

An Emmy award-winning reporter, he's covered many big stories over the years, including the protests and riots in Ferguson and St. Louis.

Matt and his wife, Cathy, return to South Florida to not only escape the cold Midwest winters, but to also be closer to family here. They have two sons who are now paving their own futures.