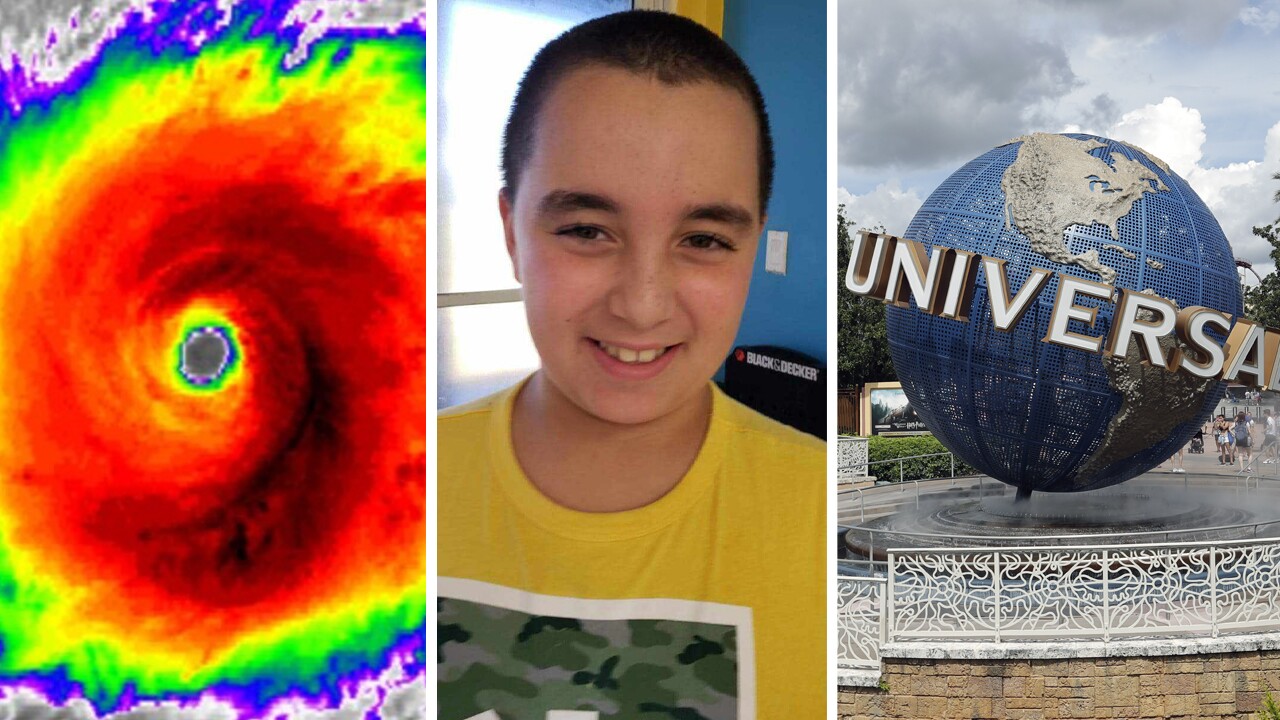 His mother says a man ambushed them demanding drugs from her. She says she told the man she didn't have any drugs, at which time he snatched her son and cellphone. He then got in the car and drove away.

2. Need a break? The Breakers hotel on Palm Beach will reopen today
After a 10-week temporary closure, the iconic hotel will reopen its doors. The Breakers was founded in 1896 by Henry Morrison Flagler, who is considered a visionary for transforming South Florida into a vacation destination.

The Palm Beach Kennel Club also re-opens today. How do you keep a poker game virus free? There will be social distancing for poker players, cards will be tossed out periodically, the poker chips will be sanitized and more.

3. From Full House to the Big House: Aunt Becky pled guilty
Actress Lori Loughlin has agreed to plead guilty to several charges for her role in the college admissions scandal.

On Thursday afternoon, the Orange County Economic Recovery Task Force approved Universal Orlando Resort's reopening plan. Now, it has to be approved by the mayor and Gov. DeSantis.

Orlando could be a busy place soon as theme parks reopen and the NBA and MLS are eyeing to play their entire seasons there. We'll keep you posted!

Scientists say there could be 13 to 19 named storms with 3 to 6 major hurricanes.

Today's Forecast
Rain on the radar throughout the day

On This Day In History
Manchester Arena was bombed during the Ariana Grande concert on May 22, 2017.

Just moments after Grande finished her concert, a suicide bomber detonated an explosion on the premises, killing 22 concertgoers and injuring 116 more. ISIS claimed responsibility for what was the deadliest act of terrorism in Britain since the 2005 London metro bombings.