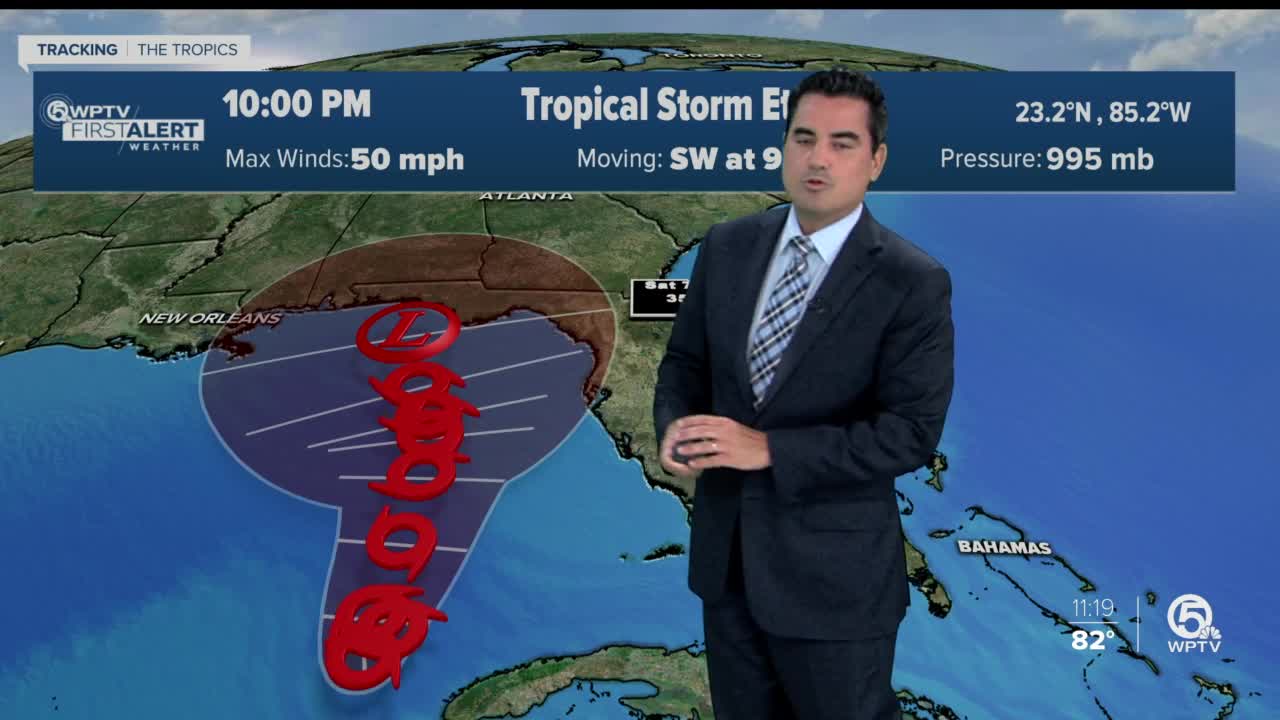 Subtropical Storm Theta has formed in the open northeast Atlantic, according to the National Hurricane Center. 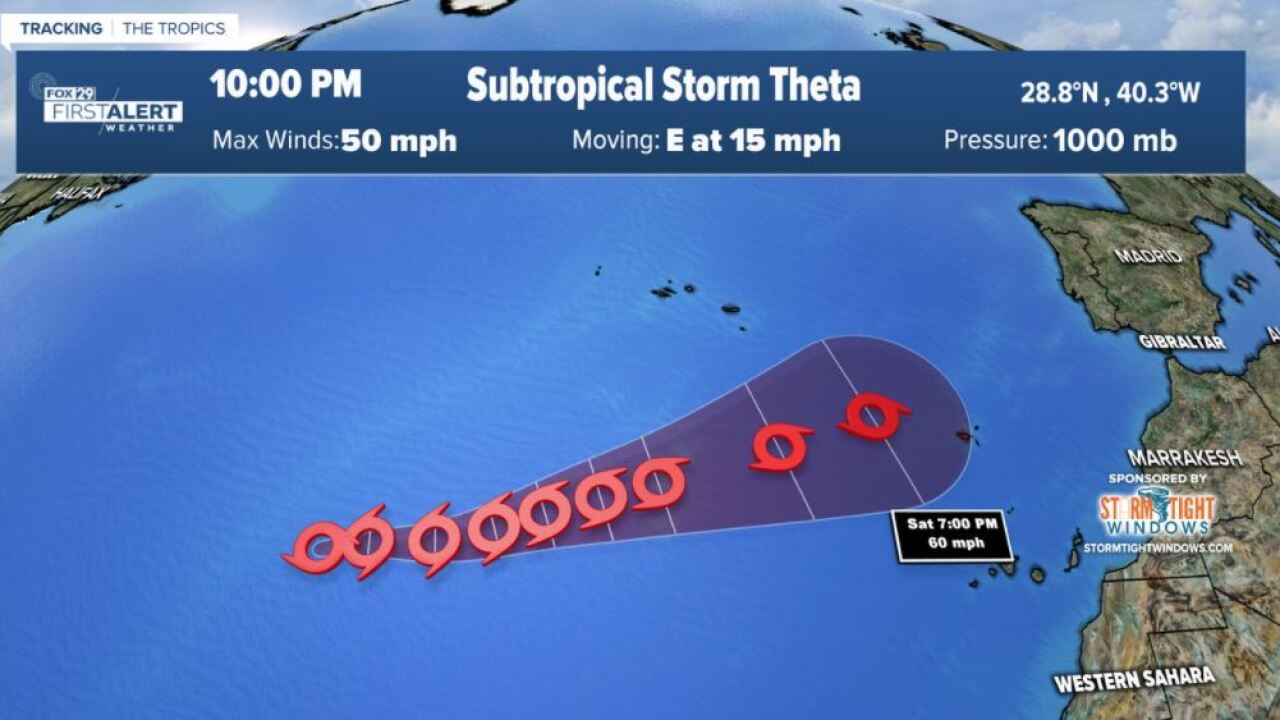 WEST PALM BEACH, Fla. — Subtropical Storm Theta has formed in the open northeast Atlantic, according to the National Hurricane Center.

As of 10 p.m. Monday, the storm has maximum sustained winds near 50 mph with higher gusts. Some slight strengthening is possible during the next 12 to 24 hours followed by little change in strength through Thursday.

The storm is moving toward the east near 15 mph, and a general east-northeast motion is expected to continue during the next two to three days.

Theta is far from any land, and does not pose any immediate threat to land.