WEST PALM BEACH, Fla. — A hurricane watch is in effect Monday for all of Palm Beach County and the Treasure Coast as Subtropical Storm Nicole pushes west toward the Sunshine State.

A storm surge warning is in effect for Palm Beach County.

According to the 10 p.m. advisory from the National Hurricane Center, Nicole is located 415 miles east of the northwestern Bahamas and has maximum sustained winds near 45 mph with higher gusts moving northwest near 8 mph.

The storm is expected to strengthen Tuesday night and Wednesday, NHC said.

Nicole is forecast to be at or near hurricane intensity by Wednesday or Wednesday night while it is moving near or over the northwestern Bahamas.

Palm Beach County and the Treasure Coast are in Nicole's cone of uncertainty.

Gov. Ron DeSantis on Monday declared a state of emergency ahead of the storm for 34 of Florida's 67 counties. The emergency order is in effect for Palm Beach County and the entire Treasure Coast.

Hurricane warning is in effect for:

Hurricane watch in effect for:

Tropical storm warning in effect for:

Tropical storm watch in effect for:

It should be noted that WPTV First Alert Weather meteorologists recommend that residents put their hurricane shutters up if the area they live in is under a hurricane watch.

The NHC said Nicole will approach the northwestern Bahamas on Tuesday, move near or over those islands on Wednesday, and approach the east coast of Florida by Wednesday night. 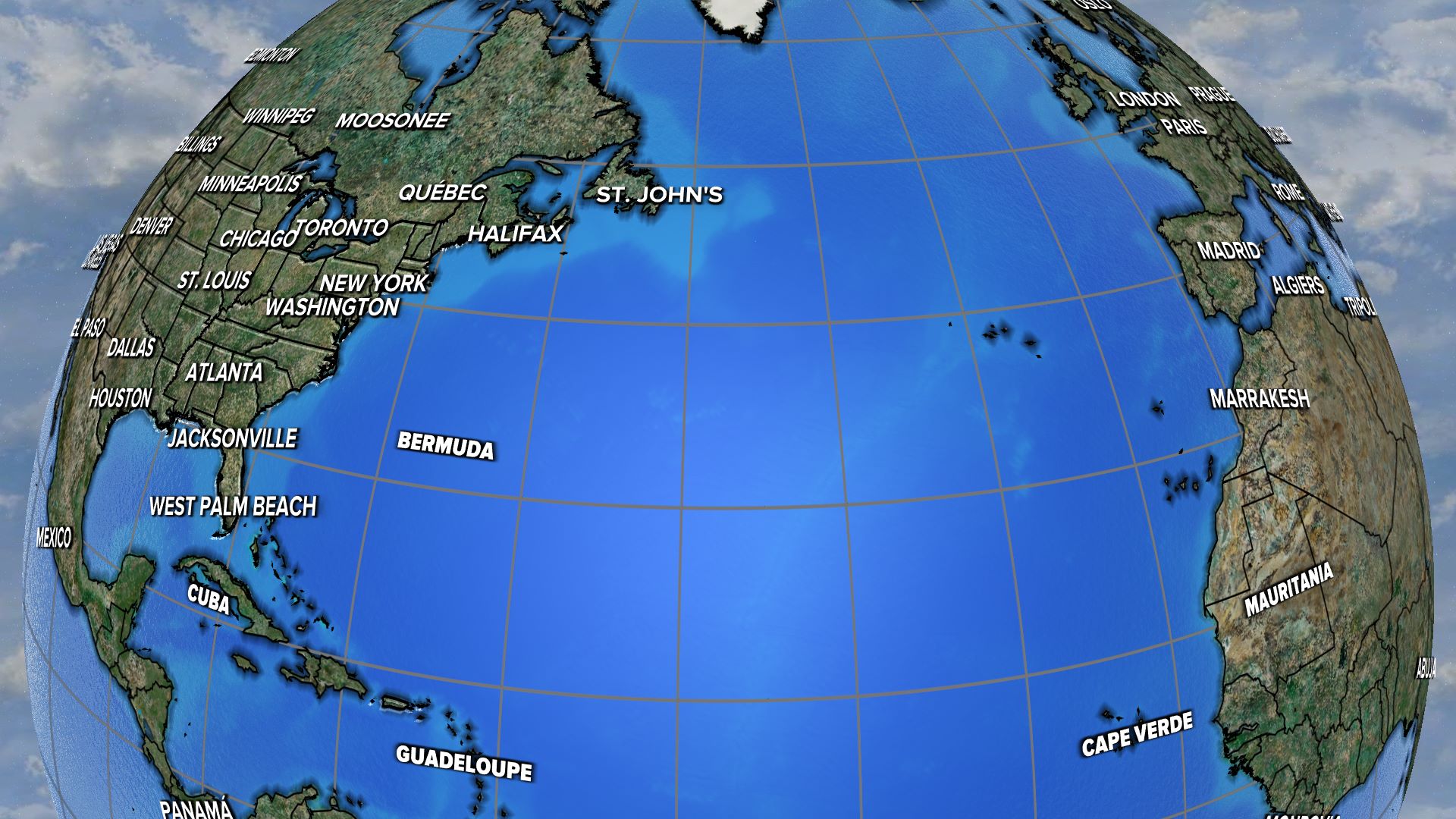 Flooding is possible on Wednesday with repeated rounds of heavy rainfall, along with winds of 20 to 30 mph.

The storm could be at or near hurricane strength by Wednesday or Wednesday night, according to the NHC.

"Worst of the weather, at this point, looks like Wednesday night into early Thursday morning," Hall said. "Not only will we see strong winds, but also the threat for some isolated tornadoes on Wednesday and Thursday."

On Thursday, winds will pick up to 30 to 40 mph and isolated tornadoes and flooding are possible. Along the coast, there will likely be high waves, beach erosion, and coastal flooding.

"Something else we'll have to watch is storm surge," Villanueva said. "We could see storm surge of anywhere from 2 to 5 feet."

Conditions will eventually improve by late Friday. The day will start out wet and windy, but we will dry out throughout the afternoon.