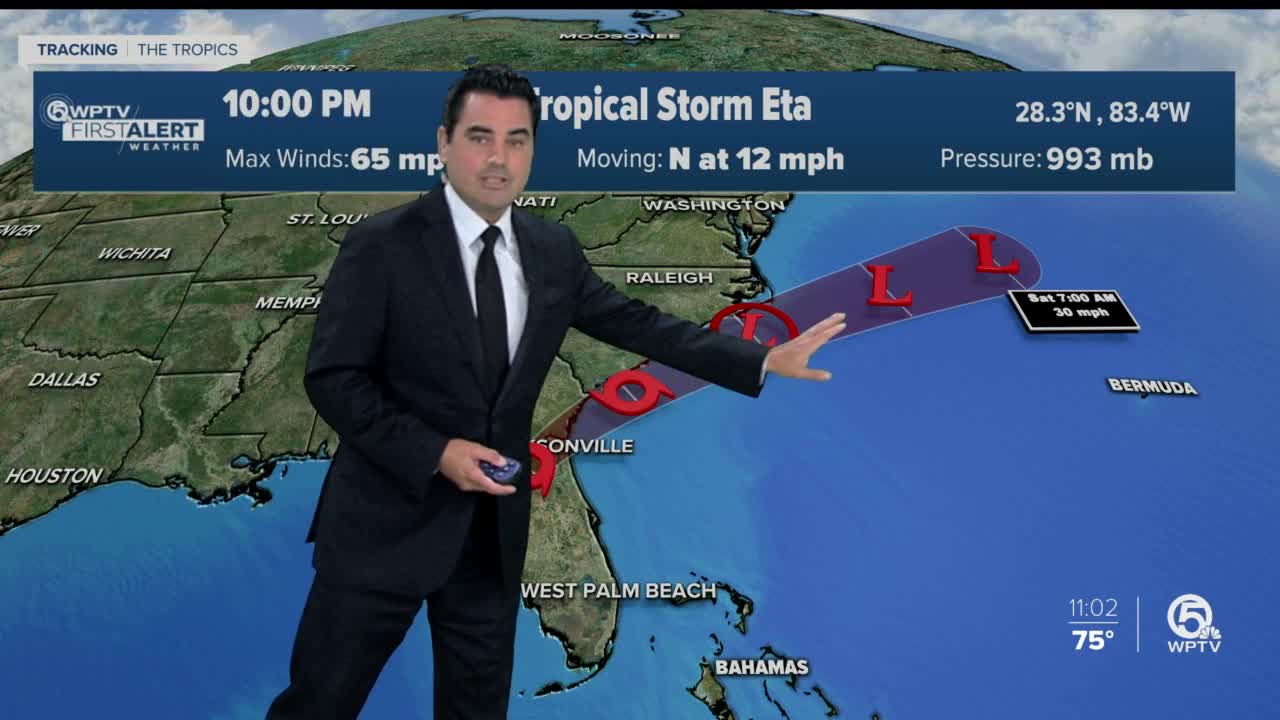 ta weakened to a tropical storm on Wednesday afternoon as Florida braced for a second hit from the storm.

Eta weakened to a tropical storm on Wednesday afternoon as Florida braced for a second hit from the storm.

The storm’s maximum sustained winds are now 65 mph with higher gusts off Florida's southwest coast. Forecasters at the National Hurricane Center in Miami issued a hurricane watch for a 120-mile stretch that includes Tampa and St. Petersburg.

As of 10 p.m., the forecast track shows the center of Eta will move near but just offshore of the west-central coast of Florida during the next few hours, and move inland over the northern portion of the Florida peninsula on Thursday morning. Eta is expected to move northeastward into the western Atlantic late Thursday and early Friday.

Slow weakening is expected as Eta approaches the west coast of Florida tonight, followed by more rapid weakening after landfall occurs on Thursday.

The storm has been in the Gulf of Mexico since crossing over South Florida on Sunday. The latest hurricane watch extends from Anna Maria Island, which is south of St. Petersburg, to Yankeetown.

Tropical Storm Theta in the Atlantic will stay away from the U.S. moving east and will dissipate by the weekend.

The area of showers and thunderstorms in the eastern Caribbean Sea now has a high chance of development into the next five days as it drifts to the west. If it takes on a name it will be our 30th named storm of the season, Iota.

Regardless of development, it is expected to bring heavy rainfall to the Virgin Islands, Puerto Rico and Hispaniola over the next couple of days.

WPTV contributed to this story.