Tropical Depression Seven forms over middle of the Atlantic 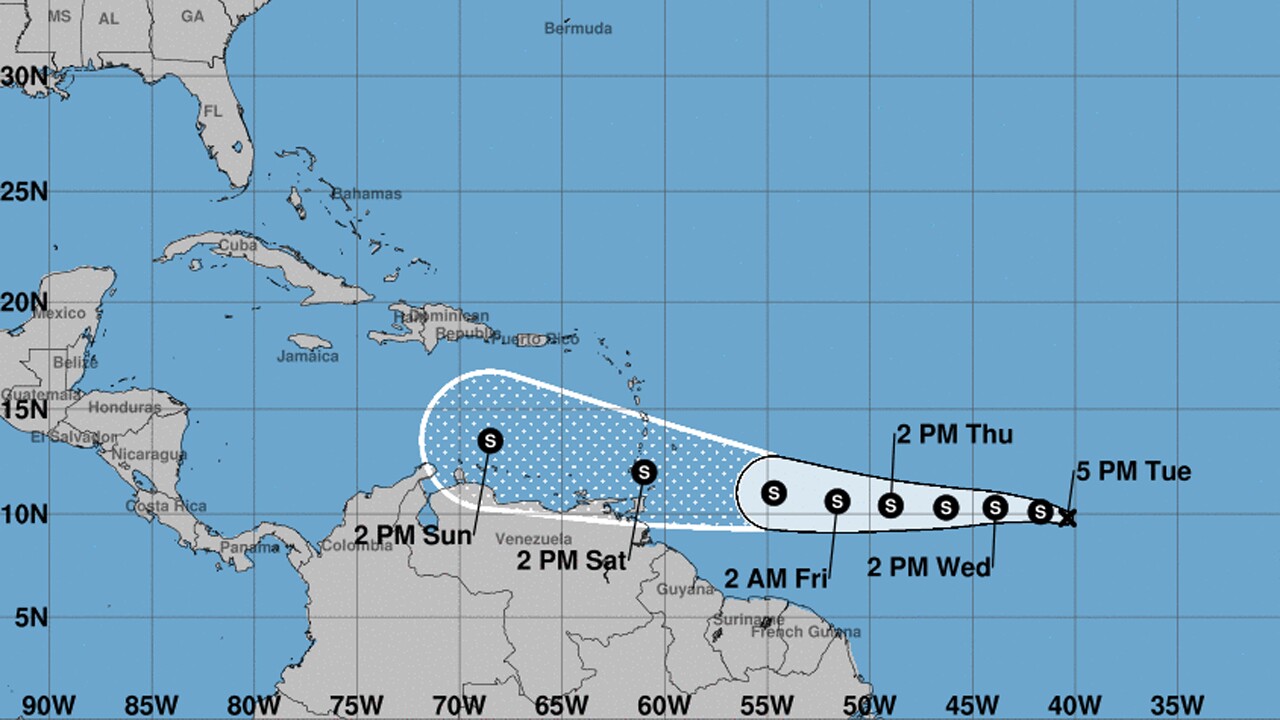 Tropical Depression Seven has formed in the Atlantic ocean.

Tropical Depression Seven has formed over the Central Tropic Atlantic, according to the National Hurricane Center (NHC).

At 500 PM AST, the center of Tropical Depression Seven was located near latitude 9.8 North, longitude 40.4 West, about 1,185 miles west-southwest of the Cabo Verde Islands and about 1,420 miles east of the Southern Windward Islands. The depression is moving toward the west-northwest near 8 mph (13 km/h).

According to the NHC, a turn toward the west with an increase in forward speed is expected tonight and Wednesday, and that motion should continue through Friday.

Maximum sustained winds are near 35 mph (55 km/h) with higher gusts.

Strengthening is forecast during the next couple of days, and the depression is expected to become a tropical storm tonight or Wednesday.