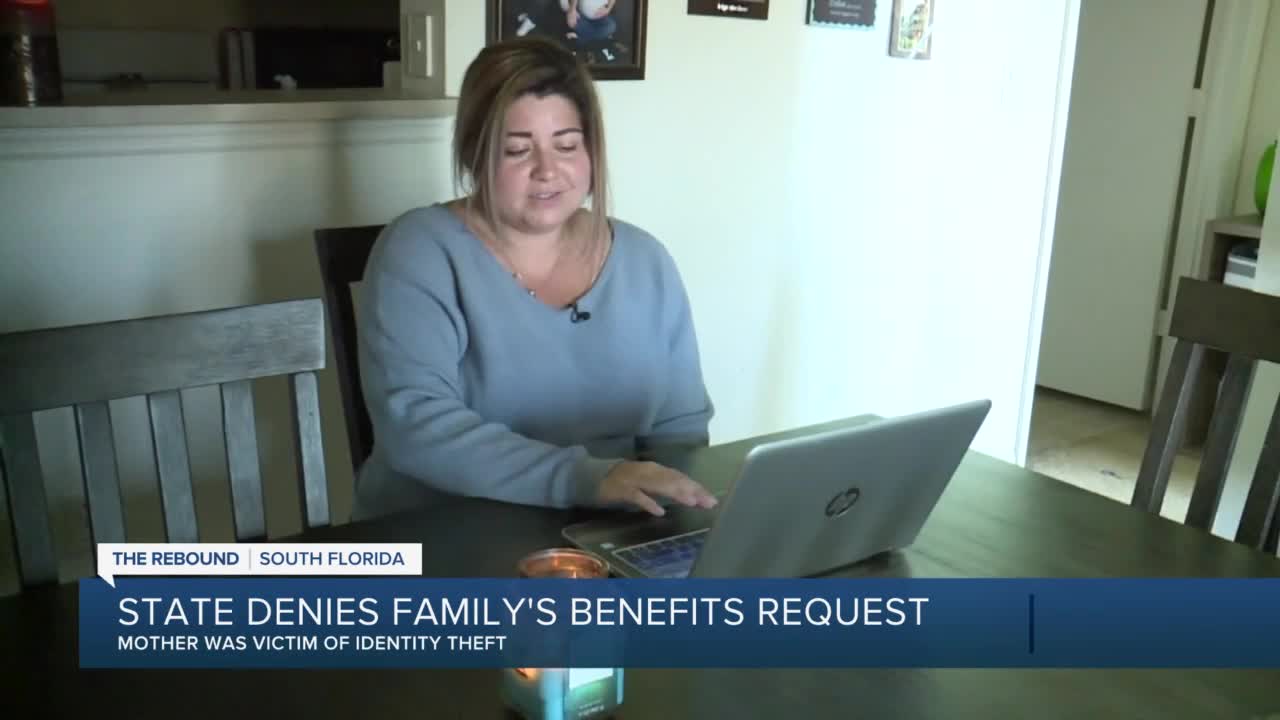 Vanessa Dickie, a mother of two from Palm Beach County, is a victim of identity theft that she just learned occurred more than six years ago.

PALM BEACH COUNTY, Fla. — Vanessa Dickie, a mother of two from Palm Beach County, is a victim of identity theft that she just learned occurred more than six years ago.

"I would never have known there was fraud. I wouldn't have a reason to file for unemployment," said Dickie.

Dickie said she recently made the shocking discovery while trying to file for unemployment benefits for the first time after she lost her job as a server in March.

"I've never collected unemployment, so I immediately told the lady on the phone this is incorrect. I've never received any of this," said Dickie.

She said the thieves completed an online application in 2013 with most of her personal information correct, including her Social Security number, date of birth and employment history.

Records show they successfully collected more than $1,000 in payments sent on a debit card to an address more than 400 miles away in Tallahassee between November 2013 and February 2014.

Dickie said one of the processing dates is the day her son was born.

"I doubt the one thing I'm going to do when I'm in labor is go on a computer and collect unemployment," said Dickie.

James Lee, who works for the non-profit Identity Theft Resource Center, is confident thieves are stealing unemployment benefits and using personal information stolen in data breaches at a time when 1.2 million Florida residents are jobless.

"These people are very smart. They're very sophisticated and very well organized," said Lee. "This atmosphere is the Super Bowl, the World Series, the NBA Finals and the World Cup all rolled up into one event for identity criminals."

"The thing that is really frustrating about this kind of fraud is there's not a lot you can do as an individual to prevent it because it's done through an automated process," Lee said.

Dickie is now thankful that she just received her first unemployment benefit, but she says the fraud ultimately hurt her family's finances, delaying those much-needed benefits.

"I just think it's crazy. Who would go through all of that headache to do unemployment fraud?" Dickie asked.

Lee suggests checking with the state to see if anyone made a claim in your name. If you are a victim, he says file a report with the police, contact the state and freeze your credit.