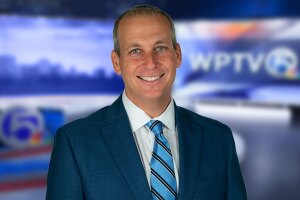 His passion is investigative journalism, asking tough questions, holding government officials accountable and being a voice for the community.

He moved to South Florida as a reporter in 2013. Before joining WPTV in March 2020, Michael previously worked in Atlanta, Baltimore, Augusta, Georgia, and Miami.

As a proud graduate of the University of Missouri School of Journalism, Michael is always looking to mentor young journalists and he supports his Mizzou Tigers! He is thrilled to be back home in South Florida where it all began.

When he's not busy working, Michael enjoys the South Florida sunshine with his wife and two daughters. He's always on the hunt for the next best restaurant and welcomes those tips too!