Gopher tortoise found with its nails painted pink in Florida 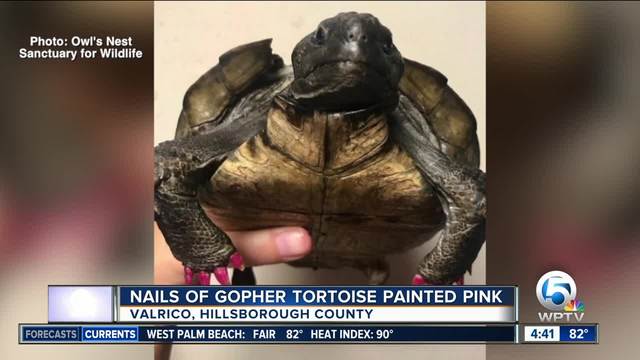 A wildlife sanctuary near Tampa said someone is painting gopher tortoises pink. 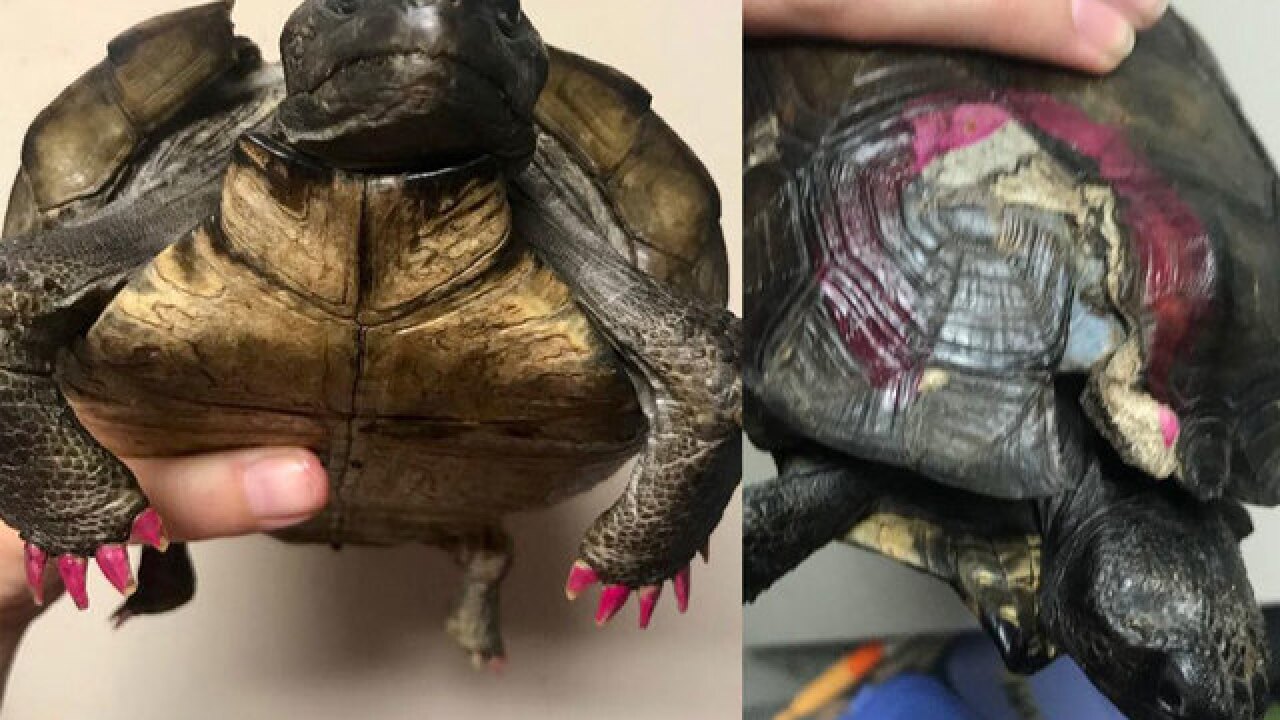 An animal rescue group in the Tampa area said someone painted a gopher tortoise, which is illegal since it is a federally protected species.

On Monday, Owl's Nest Sanctuary for Wildlife in Odessa, Fla., posted a photo of a tortoise that had its nails and part of its shell painted pink.

The rescue group said a person found the female tortoise in their yard and described the reptile as "not a happy camper."

The post said workers will have to spend quite a bit of time using "non-toxic methods to try and remove the paint."

It is illegal to touch, move or paint gopher tortoises.

A similar incident occurred in April of this year in the town of Montverde, Florida, and another one in Naples in 2016.