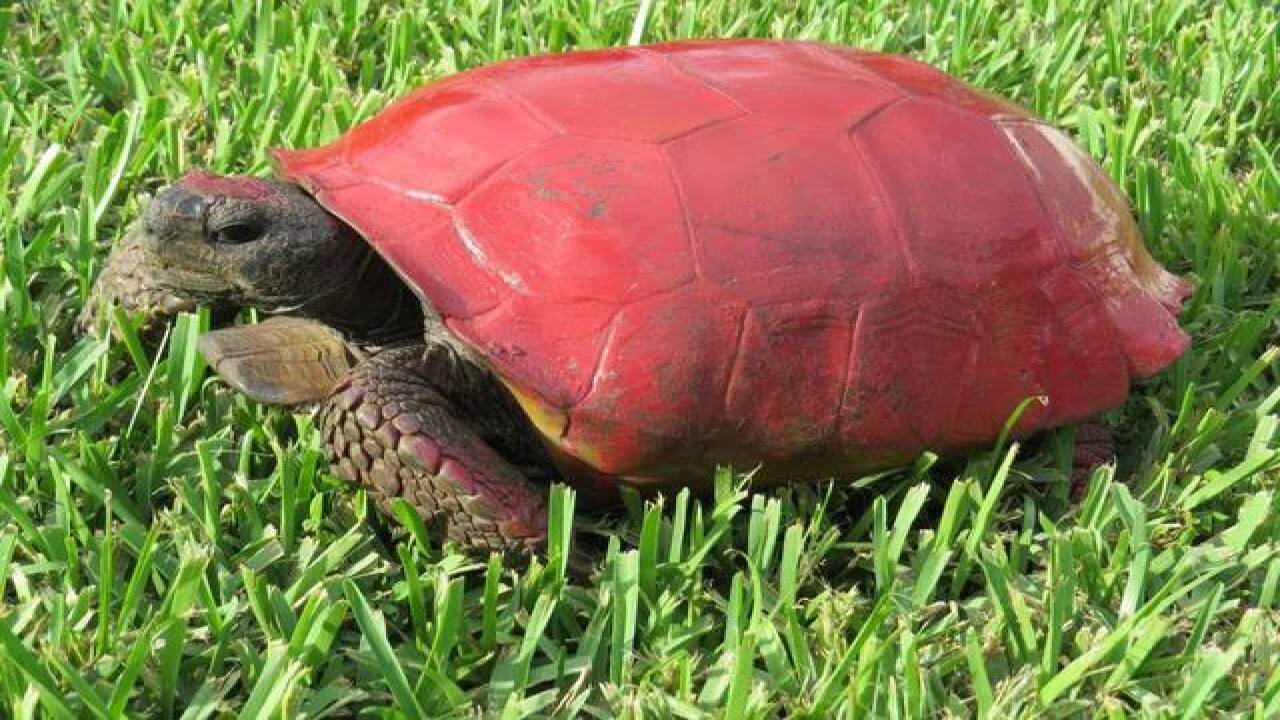 Gopher tortoises are very common in Florida. It is illegal to harass them, but that isn't stopping some people.

Pictures of tortoises that have been painted were posted by the Florida Fish and Wildlife Conservation Commission and the Conservancy of Southwest Florida.

"Whether or not people realize. The shell is living tissue, so you're putting a toxic material all over, whether it's the skin or the shell of just the shell," said Joanna Fitzgerald, director of the wildlife hospital at the conservancy.

The conservancy doesn't see a lot of these cases, but taking off the paint these turtles can be a traumatic process.

"It can take time, you know depending on how active the animal is, how much will they tolerate us working with them," said Fitzgerald.

While we were there interviewing Fitzgerald, two women showed up with a turtle that had been injured in a car crash.

"I picked him up and put him in the car, and as I got home, I noticed he had a crack on the shell," said Christine Smith of Naples.

We showed Smith and Joanne Hartman pictures of those turtles with paint on them.

"Was that supposed to be funny?" asked Smith.

Both women were angered someone deliberately hurt one of these creatures.

"How would they like to be strapped down and painted?" asked Hartman.

The conservancy's animal hospital is open 24 hours a day.  If you see a turtle injured, or any other animal, you can bring it to them.