St. Lucie County commissioners met on Friday to discuss a new proposed mask order for workers inside certain businesses. But due to the overwhelming amount of public comment, they agreed to table their decision until next week. 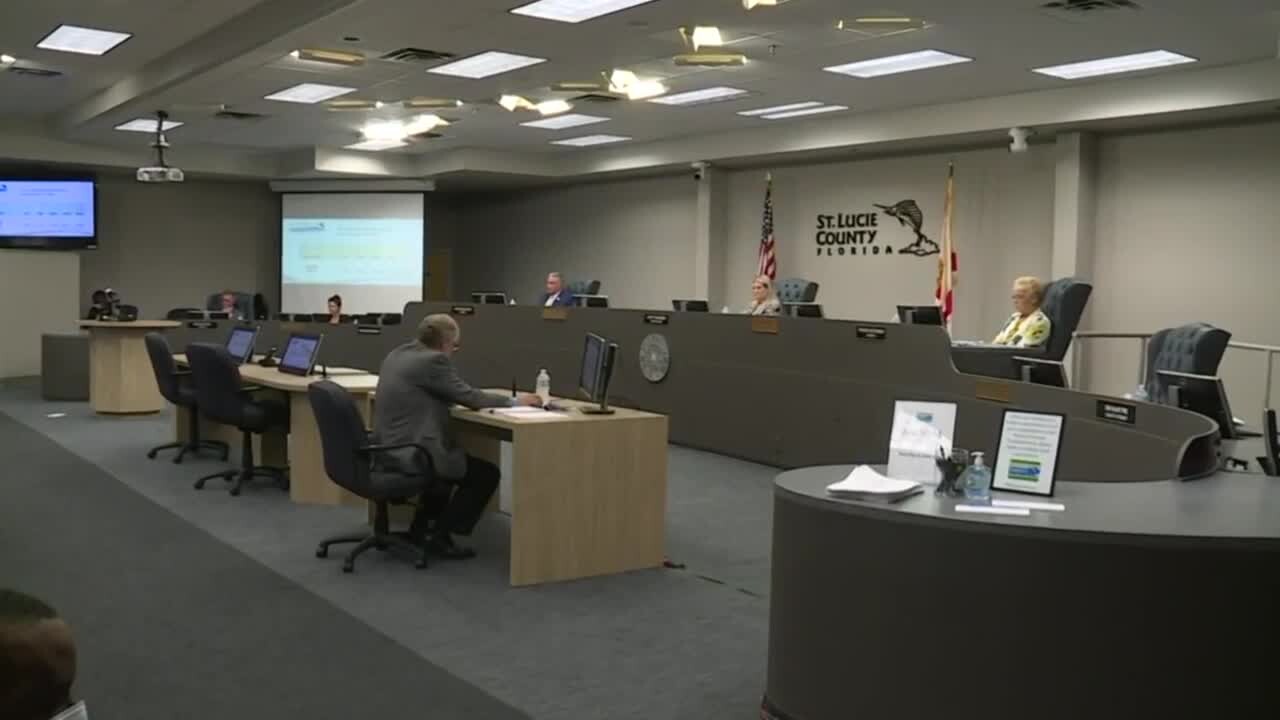 Commissioner Chris Dzadovsky said the county received hundreds of emails from people wanting their opinions to be heard before commissioners vote. Several commissioners were pressed for time and could not extend the meeting to hear all of the comments. The issue will be revisited Wednesday at 2 p.m.

County Administrator Howard Tipton said Friday that he will be signing an emergency executive order to require the public to wear face masks or coverings inside county buildings beginning Monday.

Several people at the commission meeting, however, demanded to make their public comments in person Friday, which the commission agreed to allow them to do.

Several people spoke passionately about not wanting a mandate, one man stating, "Our freedoms are being taken forever and I will not be muzzled like a mad dog."

Others said they wanted people to be able to decide for themselves if they should wear a mask.

Stephanie Ankiel spoke in support of the mandate. "There are people who have tested positive and unfortunately, they go out in the public and that's the issue. They're infecting other people," Ankiel said.

Dzadovsky said the emails the county received are about a 50-50 split on both sides of the argument.

"There's no rule book for the pandemic. Unfortunately, we're learning as we go," Dzadovsky said. Primarily, he is trying to follow the science, he said.

"Health care workers have been dealing with this in this community for three months. It's tough. It's tiring," Ramgopal said.

He stressed that wearing a mask is one of the few options available to slow the spread of COVID-19.

"We're advocating this because it has worked before. Until we have better strategies, it's what we have now," Ramgopal said.

"We all have a loved one that may or may not be immunocompromised," said Jason Summerlin, a St. Lucie County resident. "So, at the end of the day, wearing a mask is not a big inconvenience."

To Tom McGovern, masks are a nuisance.

"They're just annoying," said McGovern. "I don't like the fact that people like to force me to put a mask on. I think if I stay away from everybody and keep the germs away from everything, I'll be OK."

Dzadovsky said the county would also look at ways to make more masks available to the public and educate them on how to properly use them.

He said there will also be various exceptions in the mandate, such as giving a break to people who have underlying health issues that a mask could exacerbate.

"Under 2 [years old] is an exemption. There's an exemption from working out. So as you can socially distance, this is really for whenever you're in close quarters," Dzadovsky said.