2 people killed along road this month 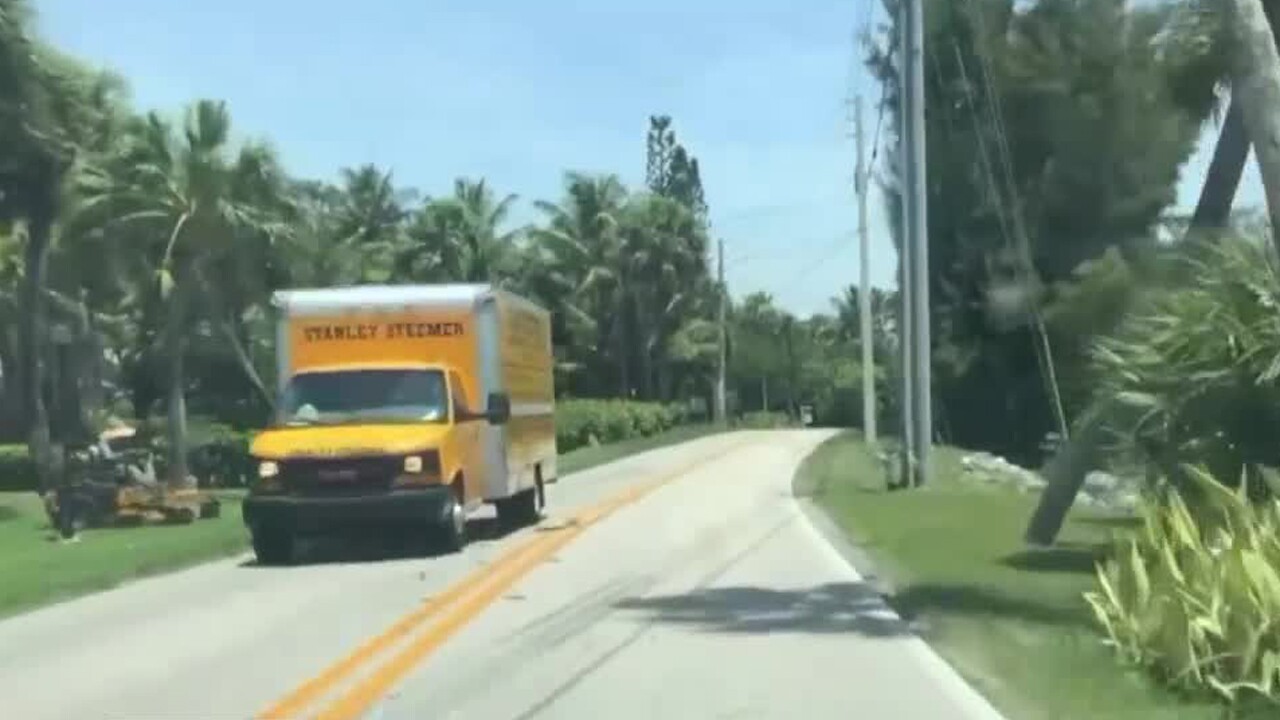 ST. LUCIE COUNTY, Fla. — People who live along Indian River Drive in St. Lucie County say they have been plagued with deadly crashes and reckless drivers for years.

With two deadly crashes in the span of a week this month, some residents are demanding more safety measures along the scenic highway.

Weight restrictions on the roadway are also not being followed.

"This is a problem," Fitzpatrick said, pointing to a large delivery truck passing in front of her home. "They have no business being on this road."

"I have people passing me on my way home. I also see and hear people pulling trailers, running off the side of the road," said resident Monica Yescheck.

But the deadly crashes are their biggest concern.

"Next thing you know, open up in the morning, fatality. Somebody dead in the neighbor's front yard. That's a horrible feeling," Yeschek said.

Over the last year and a half, St. Lucie County has added double yellow lines to the roadway to try to keep people from passing each other. Residents said that has not made much of a difference.

"I don't think that they have had the impact local leadership was hoping that they would," Fitzpatrick said.

The St. Lucie County Sheriff's Office stepped up enforcement efforts along Indian River Drive, writing 110 citations and 187 warnings since May 1.

Earlier this year, the county installed new stop signs at the intersection of Walton Road and Indian River Drive. Residents say that has been helpful in slowing down some traffic in that area.

But, area residents said it is only a small solution to the problem.

But residents want the county to look at the traffic calming study the county paid to have completed several years ago, completed in 2018.

The recommendations have not been followed.

"Our suggestion is that the commission takes those recommendations from the study that they paid for and put some of it into action," Yeschek said.

That includes installing raised audible pavement markings as edge and centerline striping to give drivers the perception of lane narrowing, which would cost an estimated $350,000.

The study recommends installing traverse pavement markings with transverse rumble strips for an estimate $15,000. It also suggests replacing 18 of the posted speed limit signs with radar speed feedback signs to encourage speeding motorists to reduce their vehicular speeds by providing real-time feedback for an estimated $150,000.

"They certainly deserve to have things change and benefit from their taxes. The difficult part is that because there's such limited right of way, there are limited options to provide some kind of safety measure," Dzadovsky said.

Residents say they will not let up until they feel drivers and residents are as safe a possible.

"The time is now to make it a priority because these fatality accidents are happening one after the next," Fitzpatrick said.