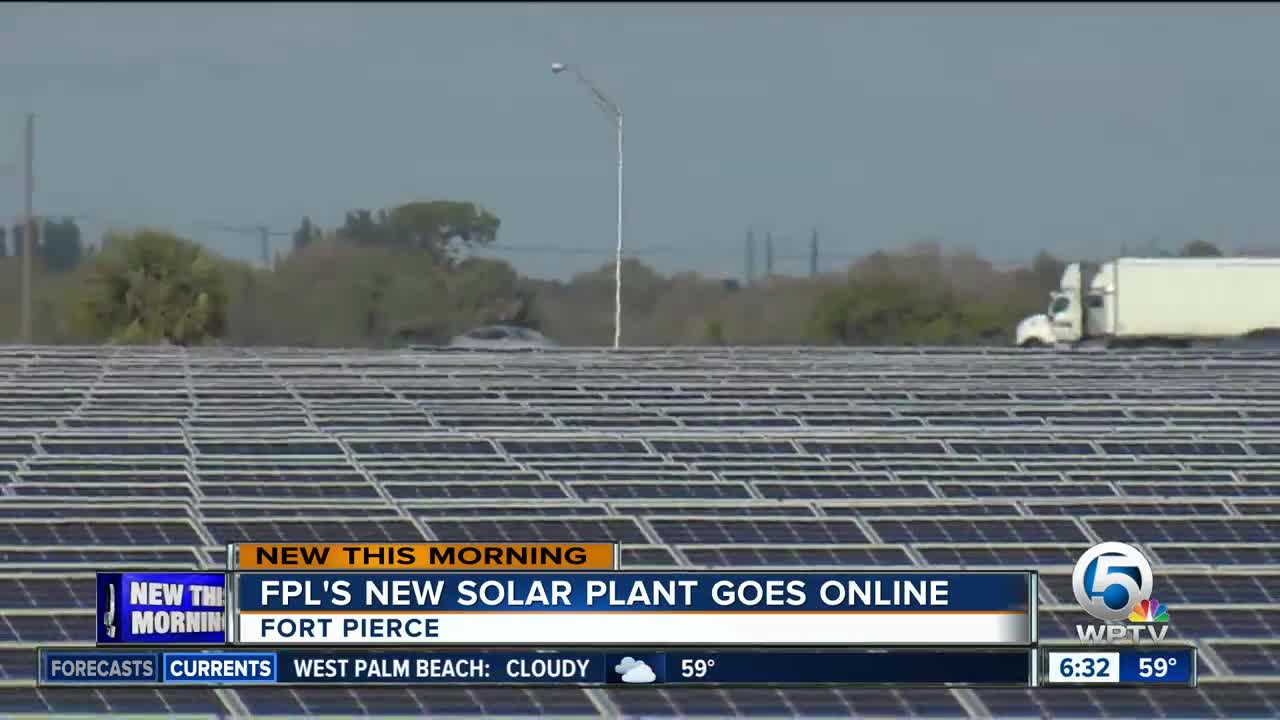 A new solar power plant in St. Lucie County is one of four that went online Thursday. 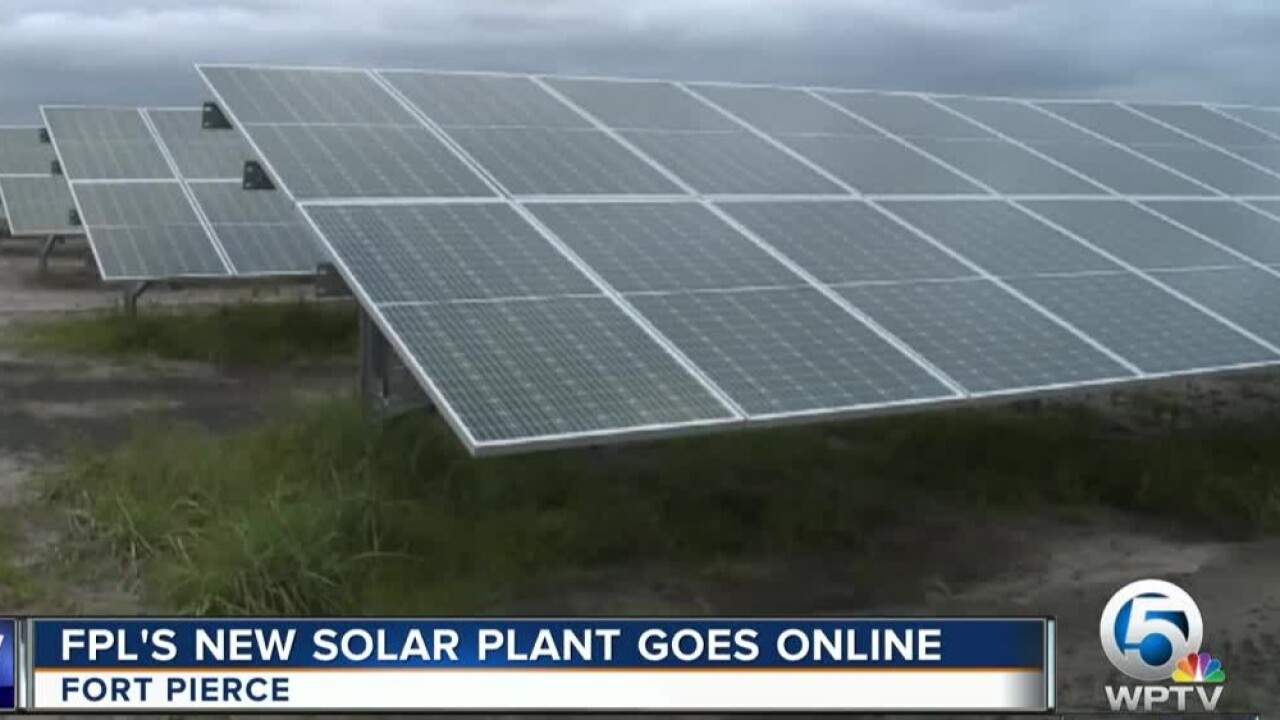 FPL said all four plants started operations Thursday and are now providing customers with clean energy generated from the facilities.

The new solar plants are located in the following counties:

The solar plant in St. Lucie County contains 300,000 solar panels and is able to power 15,000 homes without creating any greenhouse gas emissions.

The four plants run on no type of fuel except sunshine. FPL said the solar power plants will eventually save customers a total of $40 million over 30 years.

"We're moving toward an energy efficient, environmentally-friendly source of energy generation that benefits not only the customers, but it benefits the environment and the state as a whole," said FPL spokesman Stephen Heiman.

The short-term cost to customers from constructing the new St. Lucie County solar power plant, and the three others in the state, will be about 25 cents per $100 power bill.

FPL said each of the four new solar plants is capable of generating 74.5 megawatts of power from the sun.

The utility now operates a total of 18 solar power plants and hundreds of other smaller solar installations in Florida.

FPL said they are investing billions of dollars in clean energy and working to keep customer bills among the lowest in the United States.

According to a written statement, the company's goal is to put Florida in the lead globally for solar energy production by installing 30 million new solar panels at 100 new plants by 2030.

They are also planning to improve their battery storage technology so solar energy can be used even if the sun isn’t shining.

FPL, one of the largest utilities in the country, serves about 10 million people in the Sunshine State.