The Florida Highway Patrol said four men from Fort Pierce were killed after a crash Tuesday night on Interstate 95 in Brevard County. 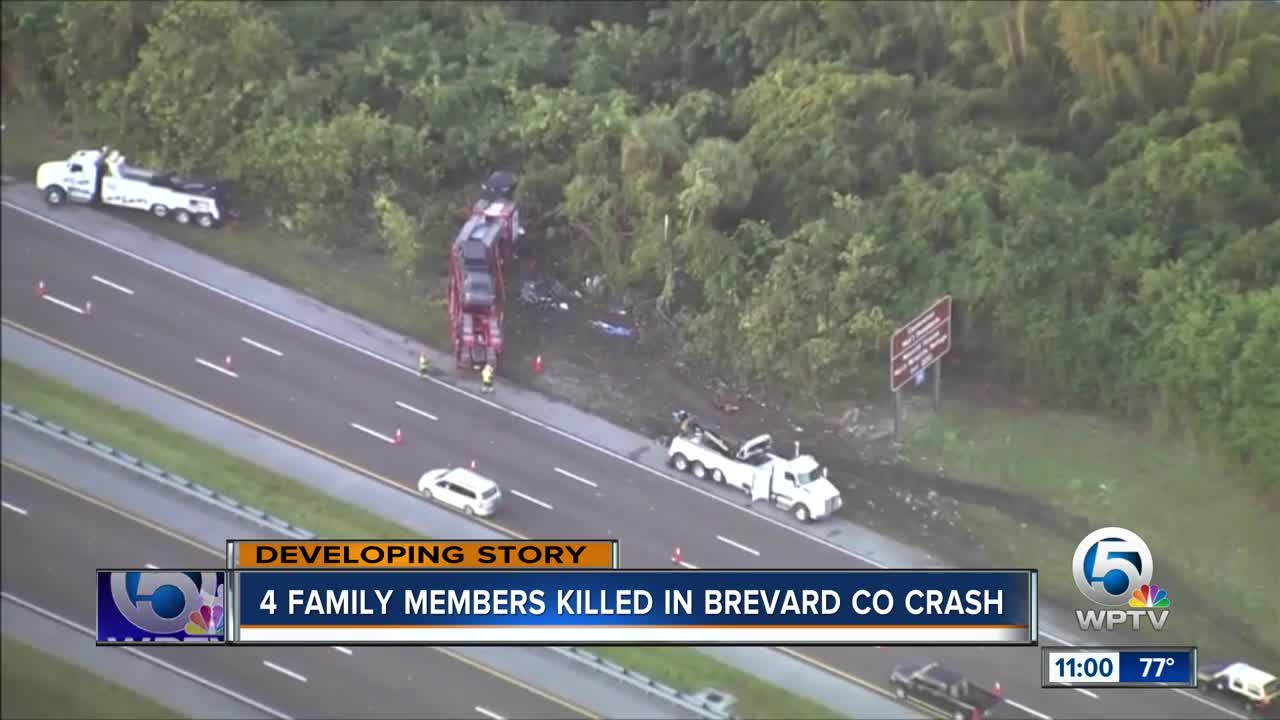 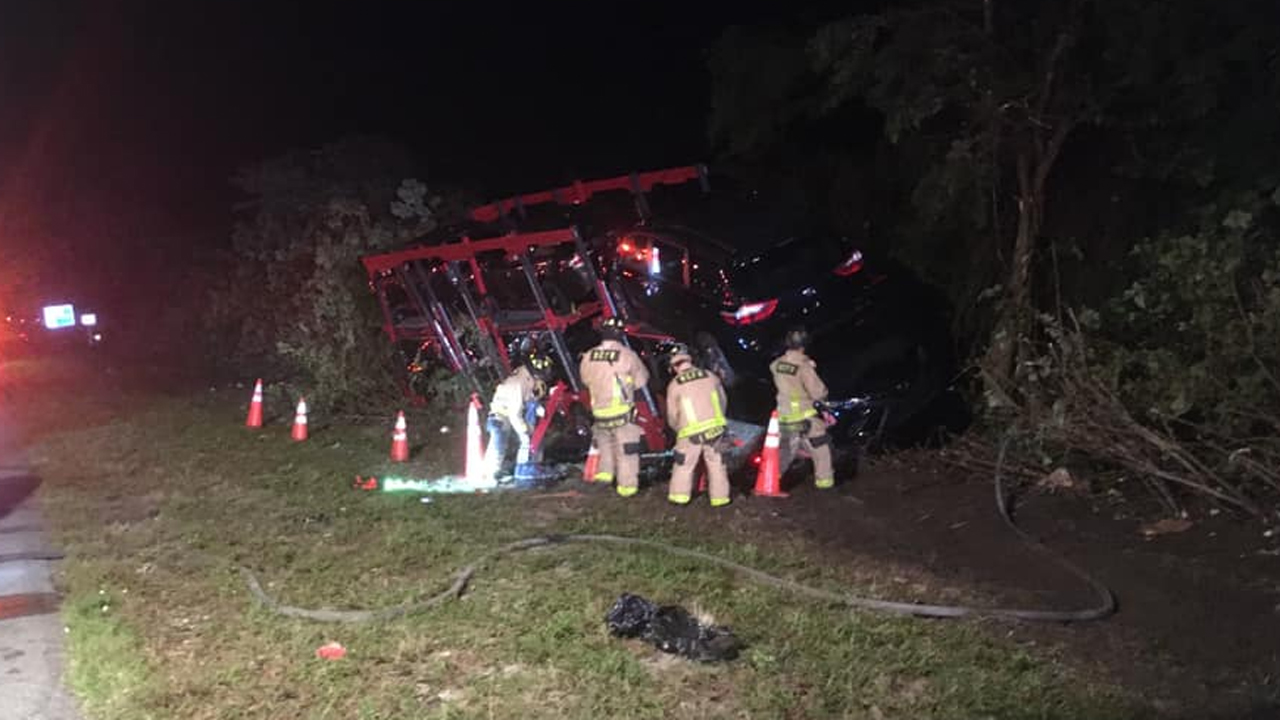 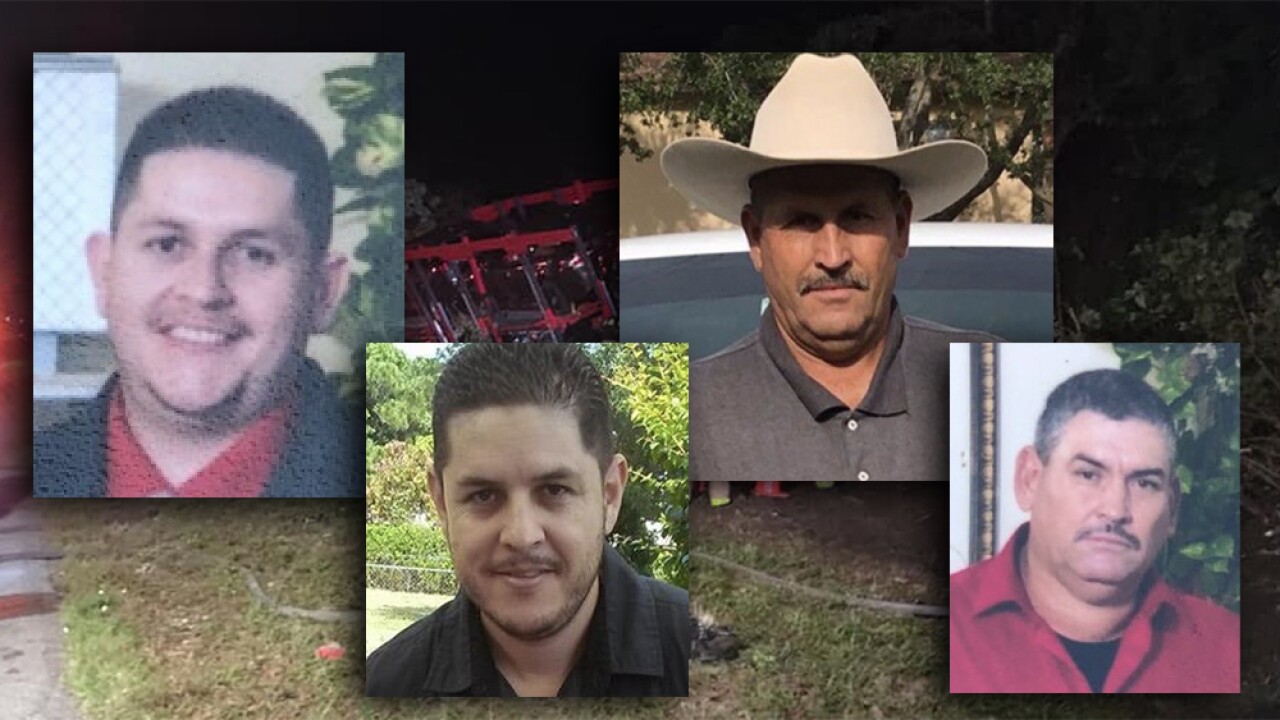 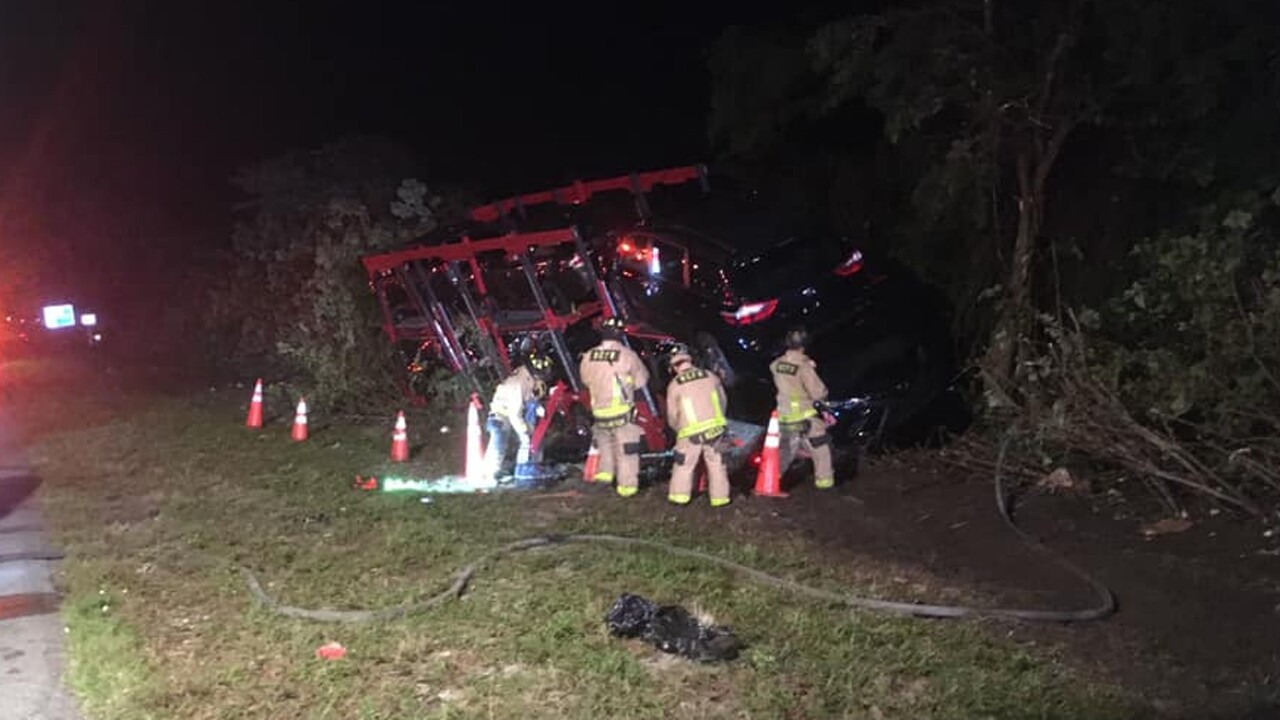 FHP Lt. Kim Montes said the men were in a 2018 Dodge Ram pickup truck hauling excavation equipment when they were involved in a crash with a semi hauling vehicles near Titusville around 6 p.m.

The crash report said the left rear axle, with two tires attached on the trailer of the Dodge, separated from the trailer. The axle traveled into the center lane and under the semi.

This caused the semi driver to lose control and hit the Dodge Ram.

Both vehicles left the road and traveled onto the shoulder, causing the Dodge Ram to overturn and the semi to jackknife.

Two occupants of the Dodge Ram were ejected from the truck. The Dodge came to rest underneath the semi. The driver of the semi, who is from Georgia, was not hurt.

FHP identified the victims as:

Juan Magana and Jose Magana are brothers and also the sons of Jose Magana Guil, who is the brother of Jamie Magana. All four men worked for a Palm Bay company as electricians.

The family has started a GoFundMe page.