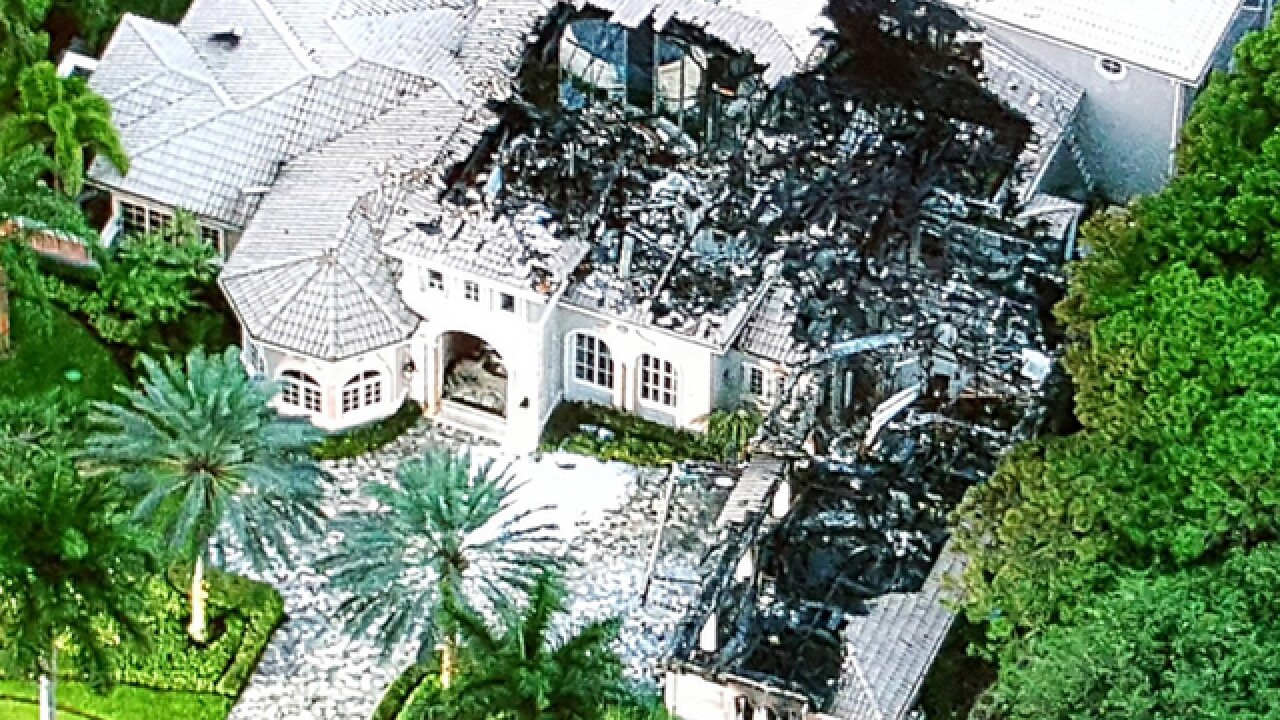 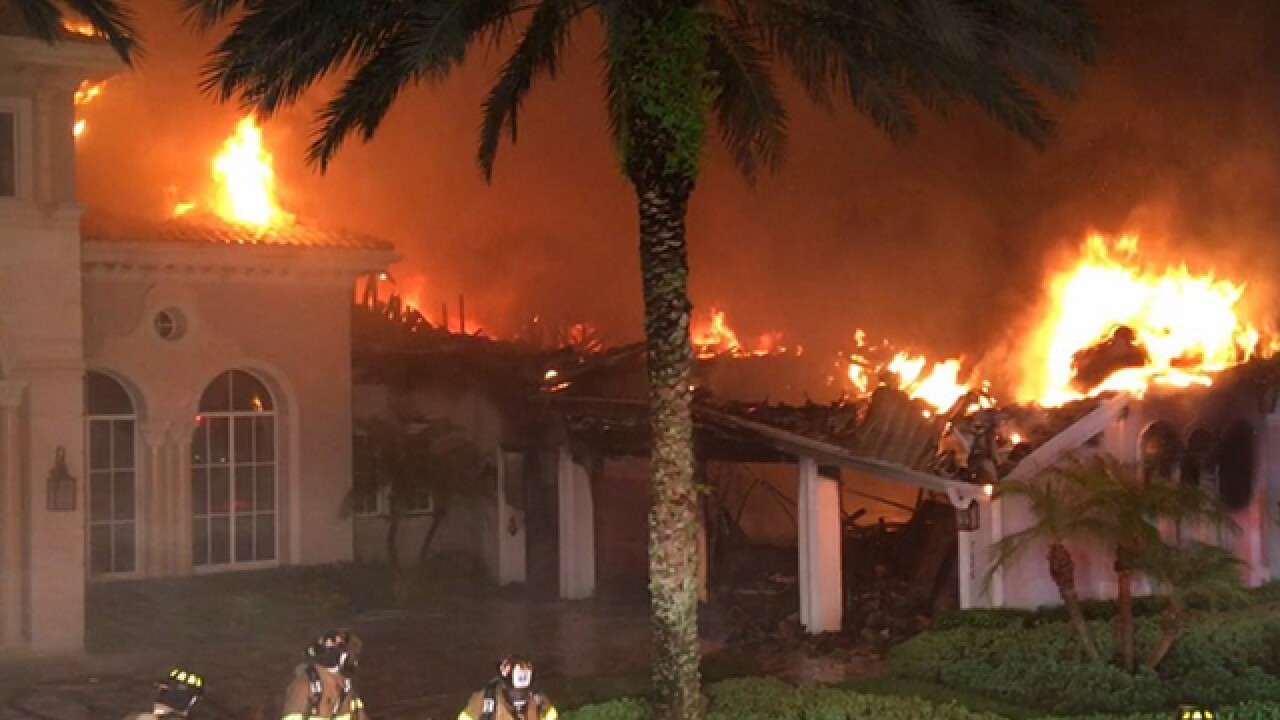 An electrical malfunction with a golf cart that was charging in a garage caused a large overnight fire that gutted a two-story mansion in the Addison Reserve Country Club in suburban Delray Beach, according to the Palm Beach County Fire-Rescue Office of the Fire Marshal Investigations Division.

RELATED: More photos of the damage

The fire occurred at 2:44 a.m. Friday at a home located at 7606 Isla Verde Way, just east of the Turnpike and south of Linton Boulevard.

Palm Beach Fire Rescue Capt. Albert Borroto said when crews arrived there was an active fire in the three-car garage of the 9,086 square foot home.

Firefighters put out the flames and protected nearby homes.

Crews remained at the scene through the morning.

Chopper 5 flew over the scene at 6:50 a.m. Friday and showed the roof was severely damaged by the flames.

The fire damaged two vehicles parked in the garage, according to investigators.

Palm Beach County records indicate the total market value of the property is $1.9 million. Damage is estimated at $1.5 million.

Borroto said there were no reported injuries.

Investigators ruled the fire as accidental.