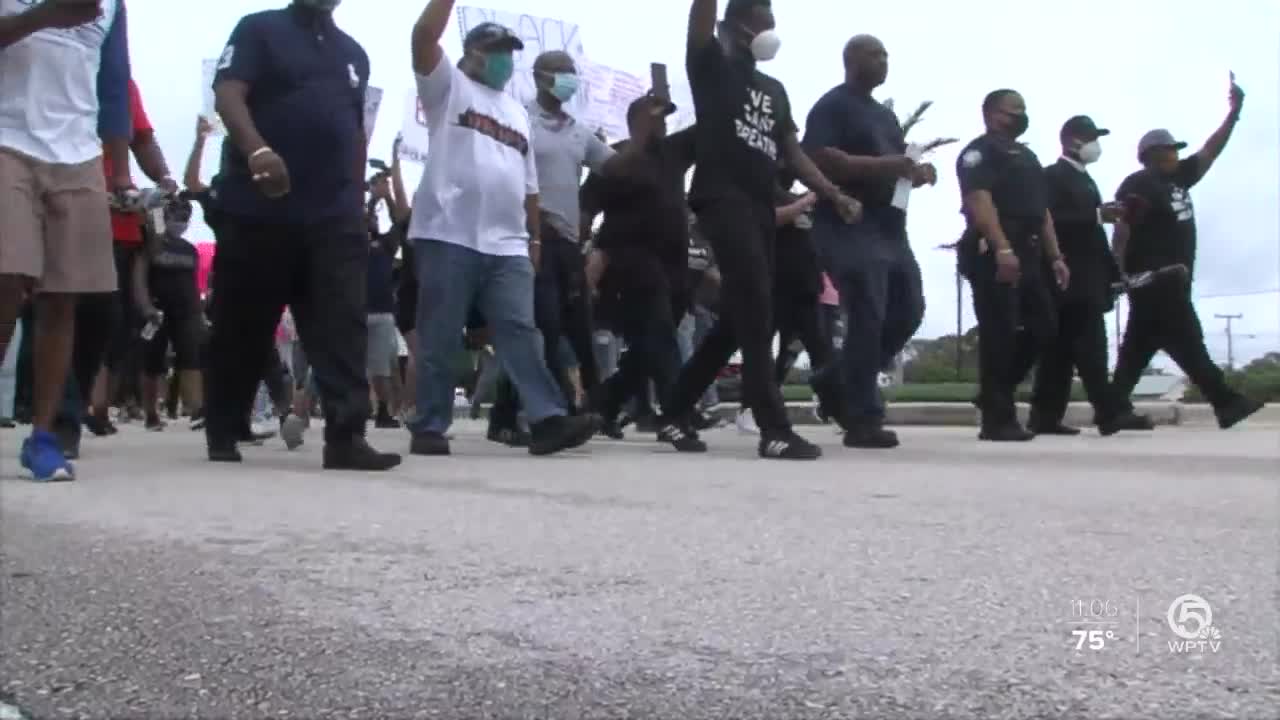 A peaceful protest was held Wednesday evening in Delray Beach to call for change after last week's death of George Floyd. 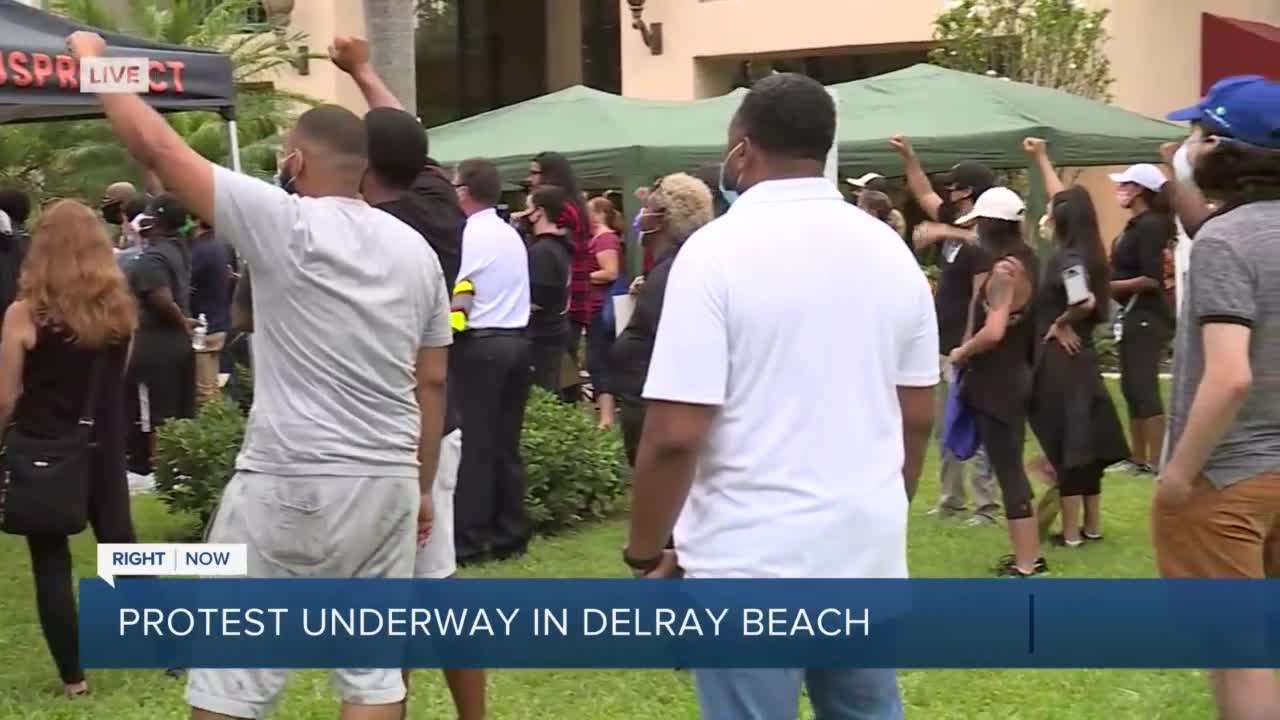 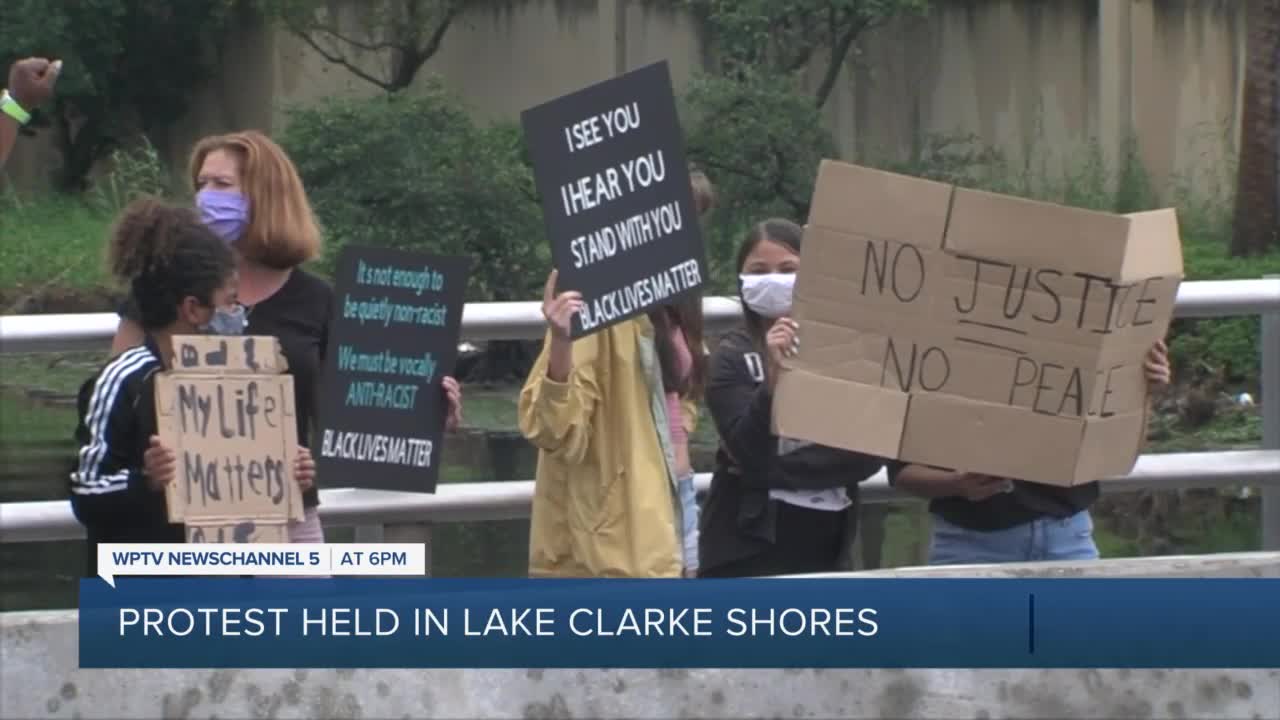 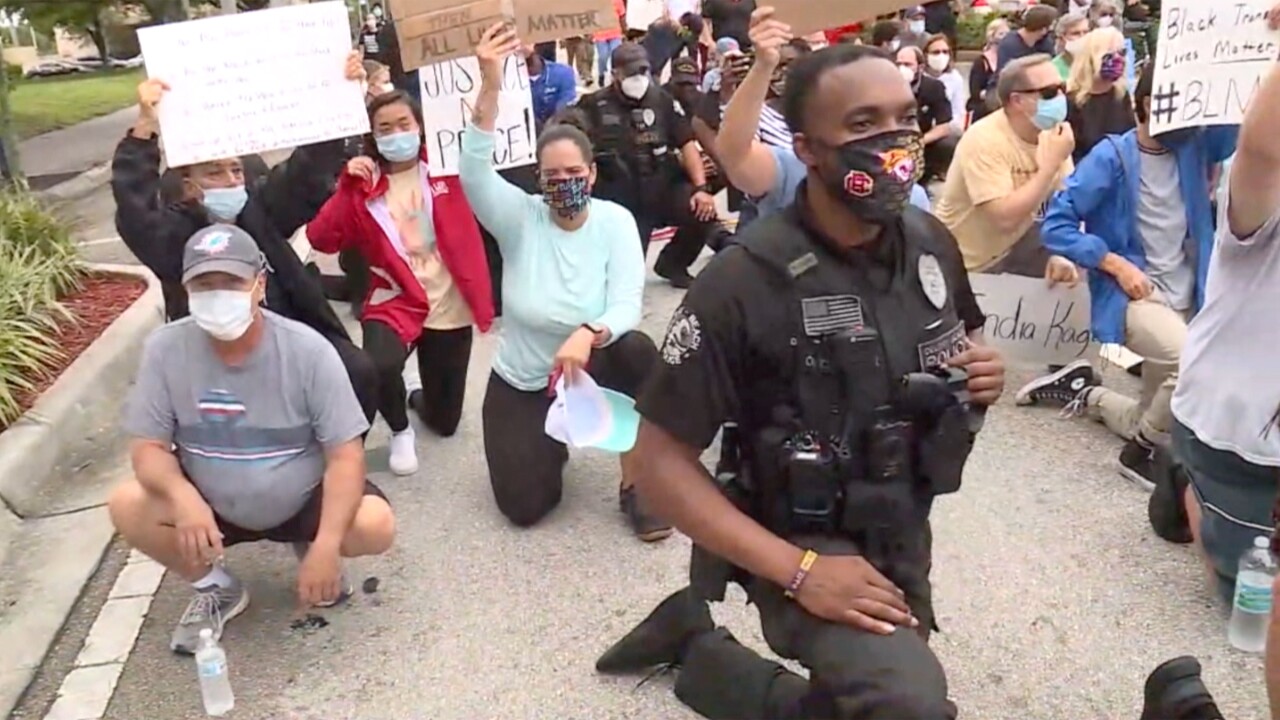 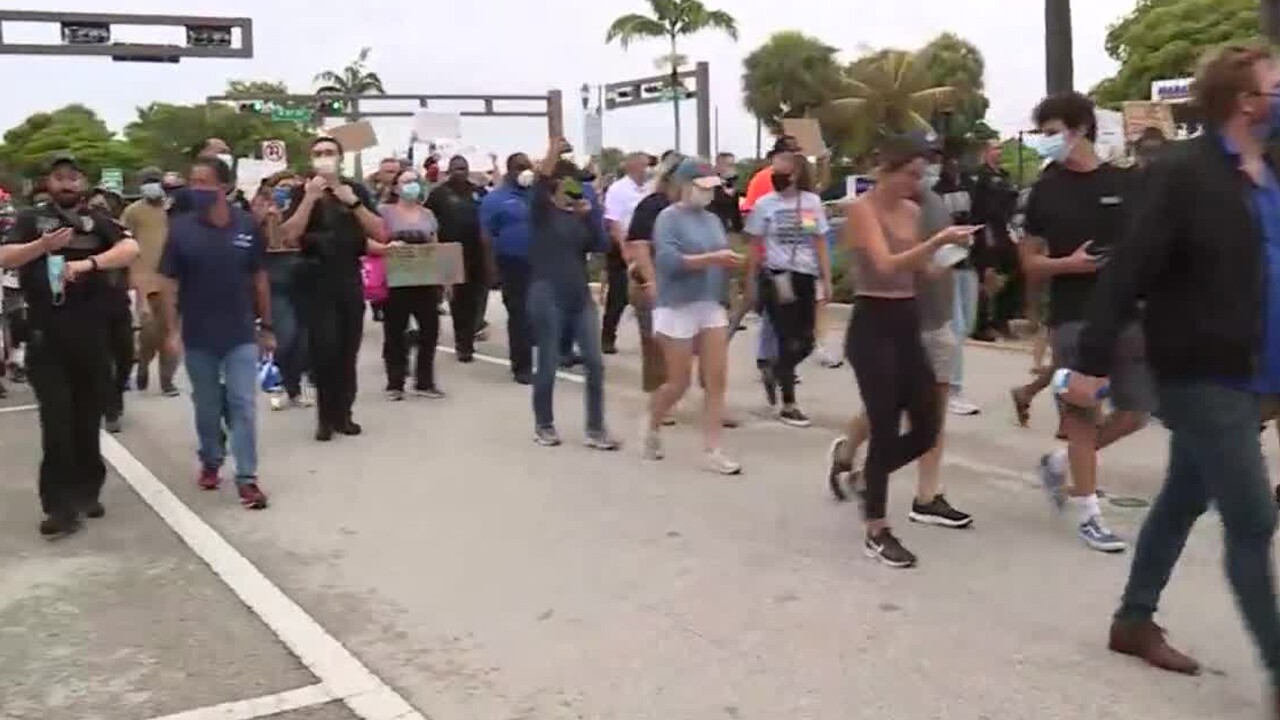 The event, billed as “We Can’t Breath,” started at Pompey Park at 5 p.m.

About 250 to 300 protesters then walked to Delray Beach City Hall located on NW 1st Avenue. Officers with the Delray Beach police department were also spotted walking alongside the protesters and kneeling in solidarity. They chanted, they held up signs and they marched for a cause.

When the group reached city hall, multiple people gave speeches including Delray Beach Police Chief Javaro Sims. He said he is hurt after he watched the video of George Floyd.

"I was immediately disturbed by what I saw. It brought back memories that I really don't want to reflect back to. It brought back the 50s and 60s when dogs was being released on African Americans," Sims said.

He said that type of policing isn't tolerated in his department.

"My officers are encouraged to treat everybody with respect and dignity, that means everybody regardless of what side of the track you live on," Sims said.

The people who turned out for the march said they know the fight to end racism in this country is a long one. But it's a challenge they are willing to take on.

"We're getting our word out there, making sure we treat everybody equal, whether you're black, white, brown, green or purple. So, I'm here for a purpose,” said Tennille Decoste, who attended the protest.

The Delray Beach event is the latest in organized demonstrations across the U.S. this week seeking reform after George Floyd was killed while in police custody in Minnesota.

About a dozen protesters were also spotted Wednesday afternoon along Forest Hill Boulevard near Interstate 95 in Lake Clarke Shores carrying signs that said "my life matters" and "no justice, no peace."

On Wednesday, it was announced that all four Minneapolis police officers involved in the death of Floyd will now face charges.