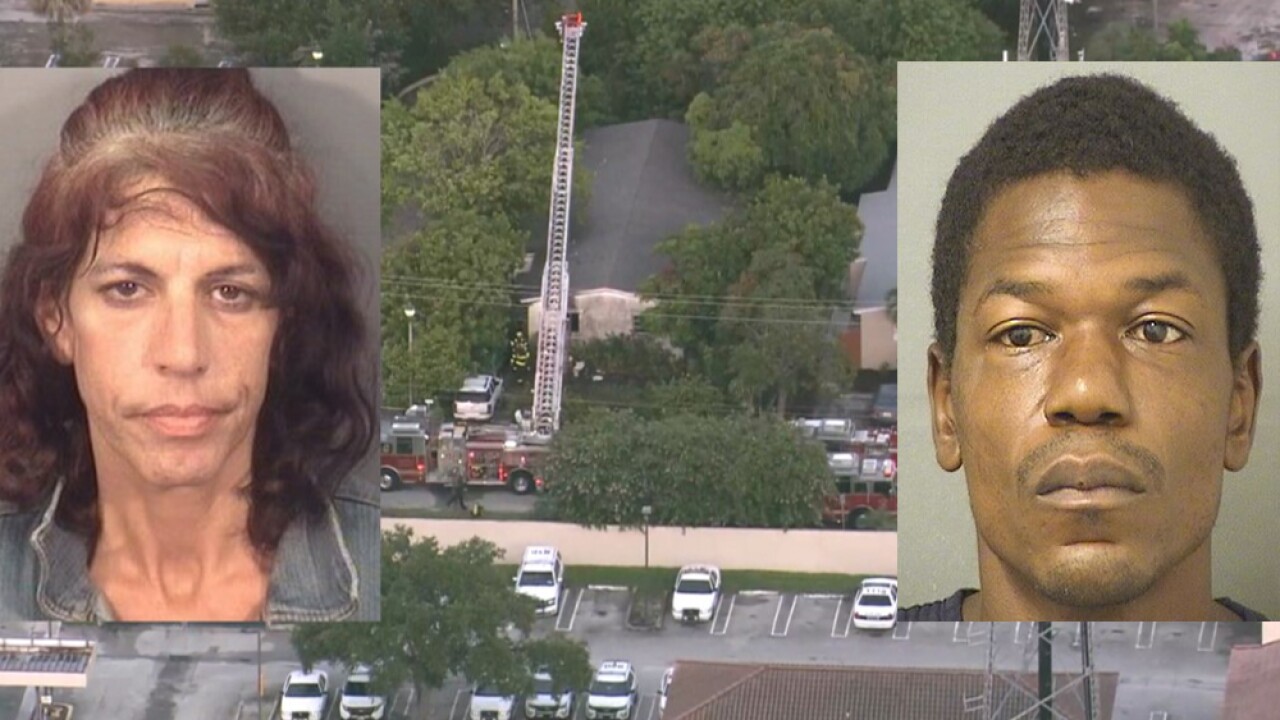 WPTV/Palm Beach County Sheriff's Office
Sherric Lee (right) is accused of beating Stacey Passick (left) to death and then leaving her body in an abandoned home that caught fire in Delray Beach.

DELRAY BEACH, Fla. — A homeless man confessed to beating a 53-year-old woman to death and then leaving her body inside an abandoned home that caught fire in Delray Beach, police said.

Sherric Lee, 31, was arrested Tuesday on a charge of second-degree murder in the death of Stacey Passick, whose body was found Monday inside the home on Southwest Fourth Avenue.

According to a Delray Beach police report, surveillance video showed Lee walking with Passick in the area shortly before the fire.

When detectives questioned Lee about Passick, he admitted that they walked to the home together to use heroin.

"We were high, and I was paranoid, and I thought she had took something from me and I couldn't find it," Lee told detectives, according to the report.

Lee, believing she had taken one of his heroin capsules, said they argued and she got "smart," so he "snapped," shoving her to the ground and punching her, police said.

Then, Lee told detectives, he grabbed a metal object and beat her too many times to remember, saying he "just zoned out and kept hitting her," police said.

"I was like in a rage," Lee said, according to the report.

By the time he realized a fire had started, Lee took off, but he denied starting the fire, police said.

An autopsy determined that Passick died of multiple blunt-force trauma.

Lee was being held without bond Wednesday morning at the main Palm Beach County jail.