Delray Beach City Manager George Gretsas is out after spending just five months on the job. The city commission voted 3-2 in favor of placing Gretsas on paid leave and providing a preliminary notice to terminate with cause, pending an investigation into allegations against him. 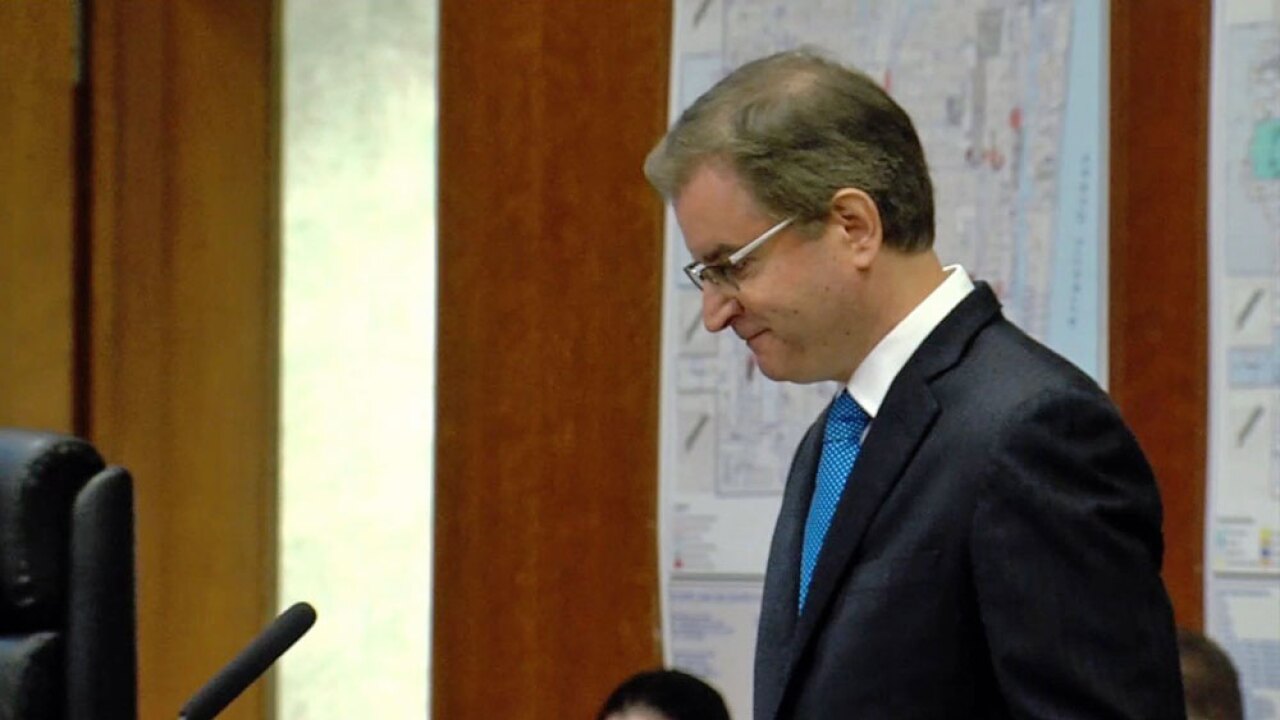 The city commission voted 3-2 in favor of placing Gretsas on paid leave and providing a preliminary notice to terminate with cause, pending an investigation into allegations against him.

The commission voted on the termination notice without reviewing a final report on the investigation into Gretsas.

In the complaint, dated June 10, Fisher claimed she has "been the victim of bullying, gender discrimination and harassment, a hostile work environment and now retaliation" by Gretsas.

Commissioner Ryan Boylston took issue with what he believed was a rushed process, as a report on the investigation into Gretsas' alleged behavior was not available.

"We're rushing to judgment here, we've seen nothing but an allegation," Boylston said during the meeting. Commissioner Adam Frankel also spoke out against proceeding on making any decisions about Gretsas' future without seeing a final version of the report.

Gretsas addressed the commision during the meeting, saying "to go ahead and put me on some sort of notice, when you haven't read the report yet, that doesn't strike me exactly as fair."

"I think at this point, resignation makes absolutely no sense," Gretsas said.

Boylston and Frankel voted against the termination notice.

The commission appointed Jennifer Alvarez as interim city manager. Alvarez works as the director of purchasing for Delray Beach.

Fisher's June 10 complaint details several of her alleged interactions with Gretsas. She describes one meeting in May with Gretsas, saying his tone of voice was "irrational, very irate, belligerent and profanity-laden."

Fisher writes that she's been out on medical leave since May 15 because of "the mental, physical and emotional trauma" she claims she experienced.

On June 5, just five days before Fisher filed her complaint with human resources, Gretsas sought to terminate her.

His pre-discipline conference letter, obtained by Contact 5, accuses Fisher of engaging in "unethical conduct" and "conflicts of interest."

Gretsas claims that in one instance, Fisher "misused" her "official position" after he learned her boyfriend started working as the food and beverage manager for a contractor that manages the city-owned Delray Beach Golf Club.

Gretsas claims Fisher never informed him her "boyfriend was responsible for overseeing the day-to-day operations of this city facility."

The letter says both Fisher and the director of parks and recreation "are responsible for judging your boyfriend’s work product and therefore you had an obligation to notify me of your conflict of interest and to recuse yourself from all matters related to the Delray Beach Golf Course."

Gretsas also accuses Fisher of making false charges in the past.

Gretsas joined the city in October 2019, replacing former city manager Mark Lauzier. Lauzier was abruptly fired in February 2019, facing allegations that he skirted around city rules to hire and pay members of his staff.

Since 2013, turnover has inundated Delray Beach city hall at the highest levels. Dozens of city managers, assistant city managers, or department heads for the city have either retired, resigned, or faced termination.

This article has been updated to reflect that Gretsas began working for the city in January 2020.