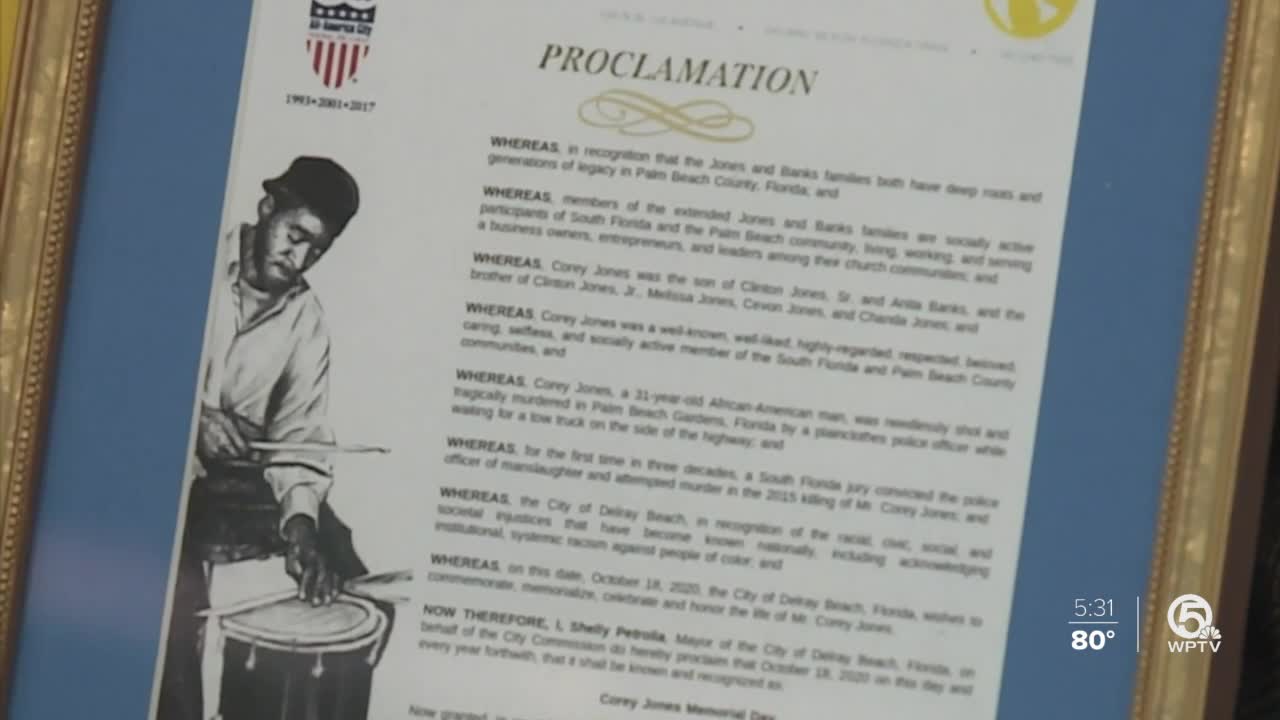 The city of Delray Beach has honored Corey Jones with a proclamation commemorating Oct. 18 as "Corey Jones Memorial Day." 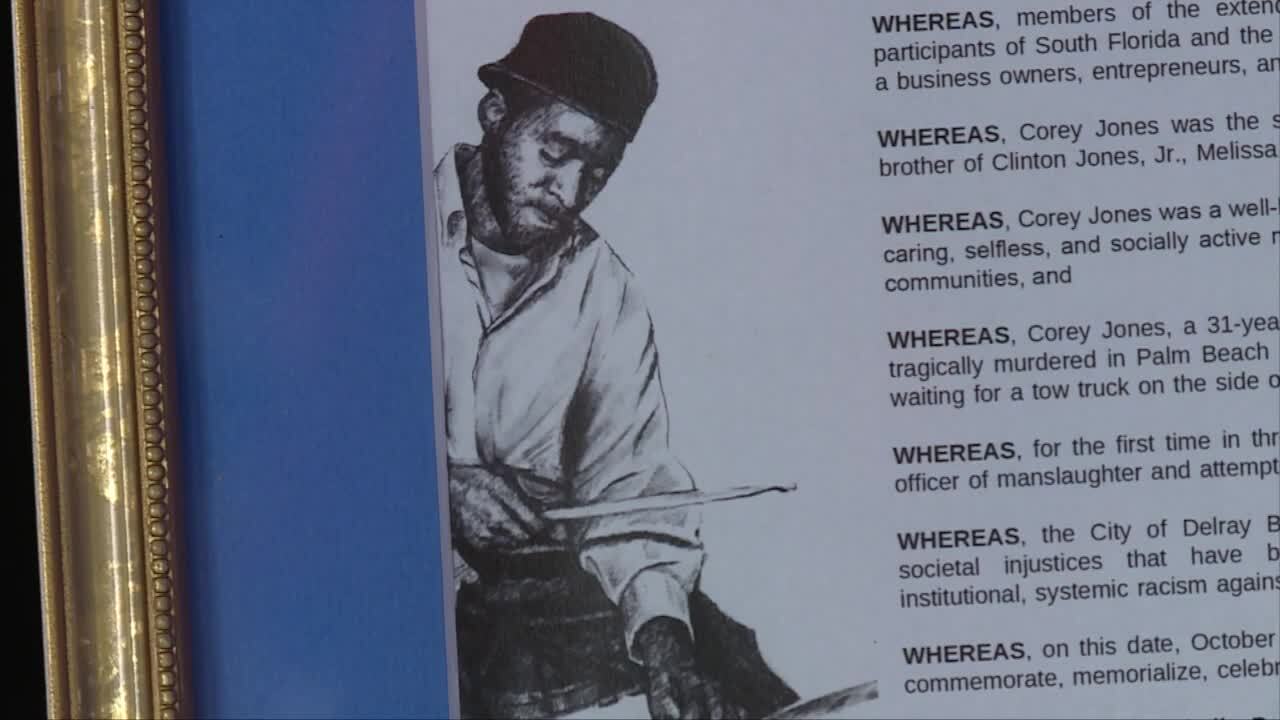 DELRAY BEACH, Fla. — The family of Corey Jones is gathering in Delray Beach to honor the man who was shot and killed by a police officer five years ago.

That was the day in 2015 when the 31-year-old musician was shot and killed by Nouman Raja, who was then a Palm Beach Gardens police officer, after Jones was stranded on the side of an Interstate 95 exit ramp.

Raja was convicted of manslaughter and attempted first-degree murder in 2019. He was sentenced to 25 years in prison.

Jones worked as an inspector for the Delray Beach Community Redevelopment Agency.

During a ceremony at the Arts Garage, Mayor Shelly Petrolia said Jones was part of a much too long chain of names whose lives were cut short for no other reason but the commonality of the color of their skin.

"Corey Jones was a person who worked in our city," Petrolia told WPTV. "The city embraced who he was and the person that he was and his family, so he really does feel like family to us."

Delray Beach Mayor Shelly Petrolia says Corey was part of a much too long chain of names whose lives were cut short for no reason but the commonality of the color of their skin. ⁦@WPTV⁩ pic.twitter.com/sn6LTuhEkQ

His father, Clinton Jones Sr., said even after five years, his son's death doesn't get any easier.

Clinton Jones Sr., Corey’s dad gets on stage says it doesn’t get any easier. “I had a speech to read, but I’m really not feeling it.”....⁦@WPTV⁩ pic.twitter.com/5PAZAHUOdt

"I had a speech to read, but I'm really not feeling it," he said.

The ceremony included a musical performance from Jones' cousin.

Jeff Mustard, a music writer and producer who lives in Delray Beach, shared a rendering of the proposed statue at the entrance to Old School Square Park. He said the money is already being raised to help pay for the statue and hopes to find a sculptor of national magnitude who would create it.