'It gives me hope for the future,' Carrie Blasi says 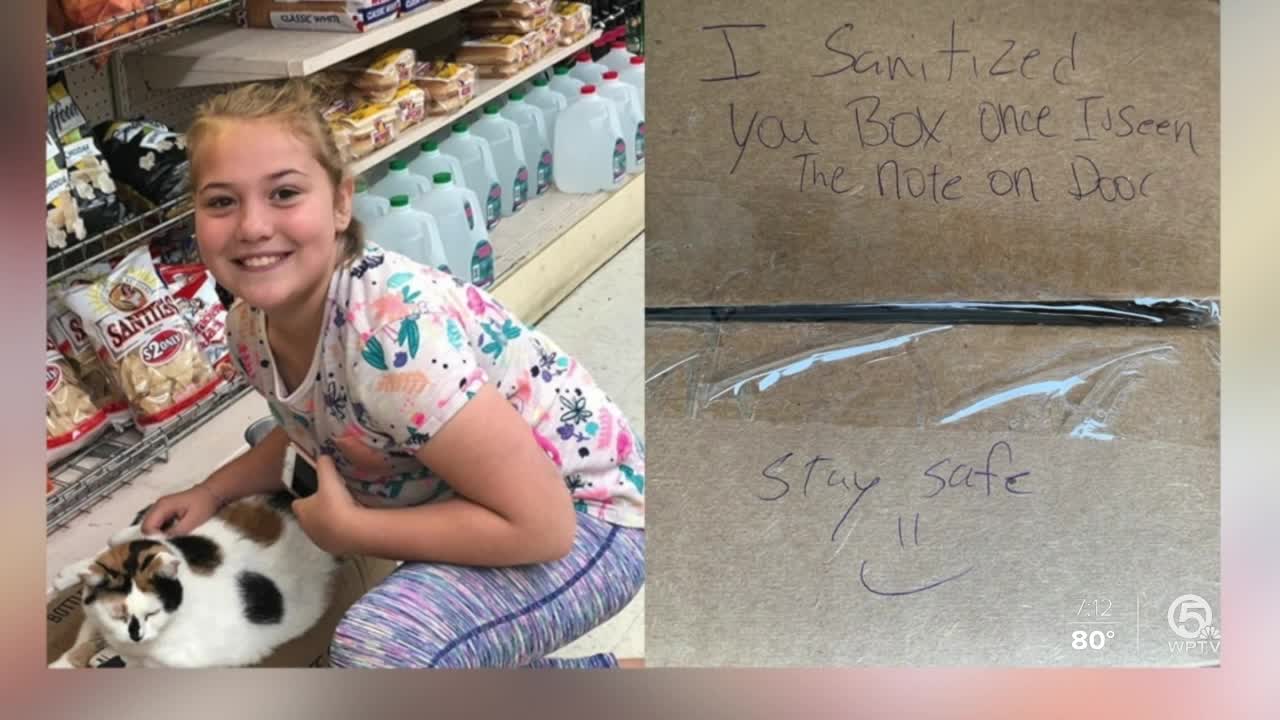 A South Florida FedEx delivery driver took extra precautions to help protect a child with an autoimmune disorder while recently delivering a package. 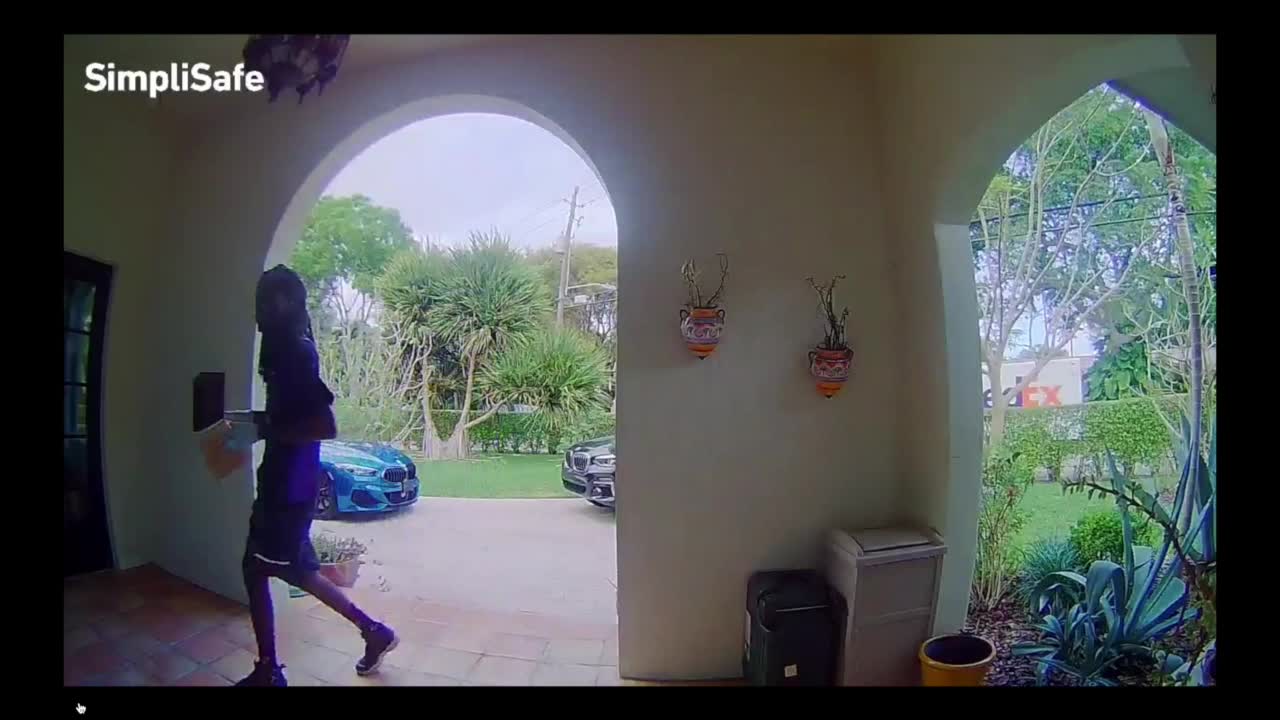 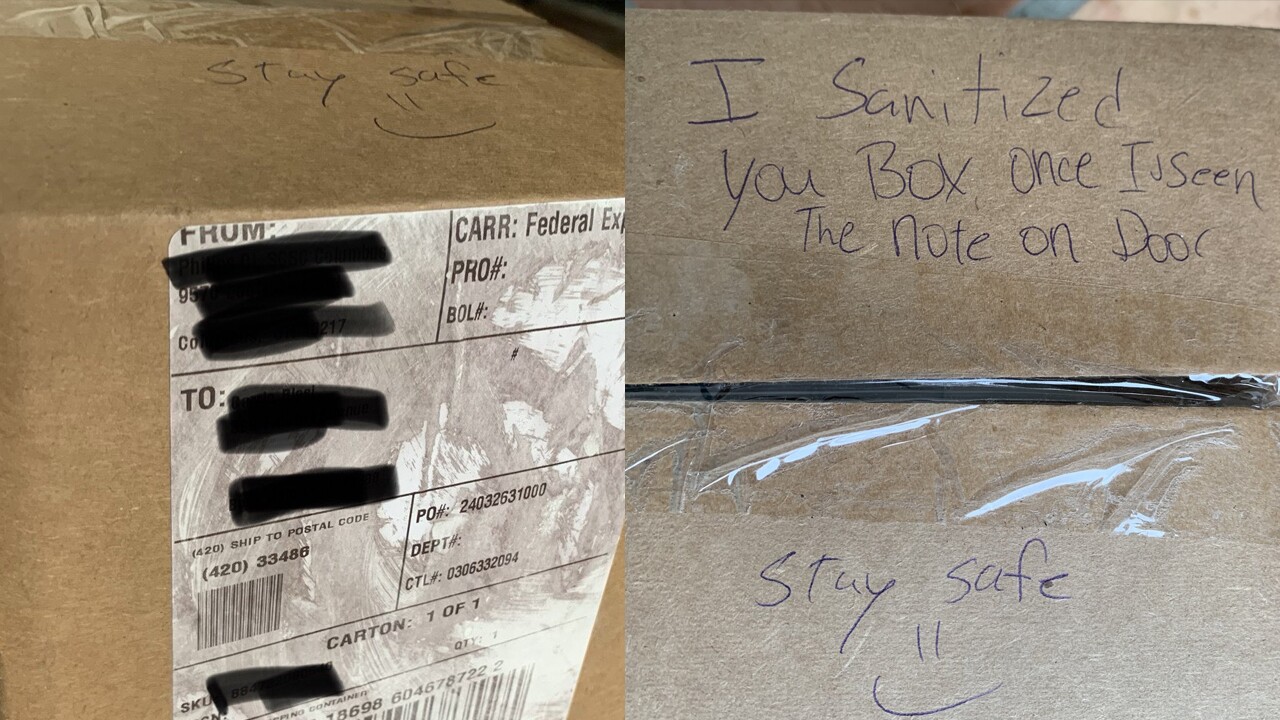 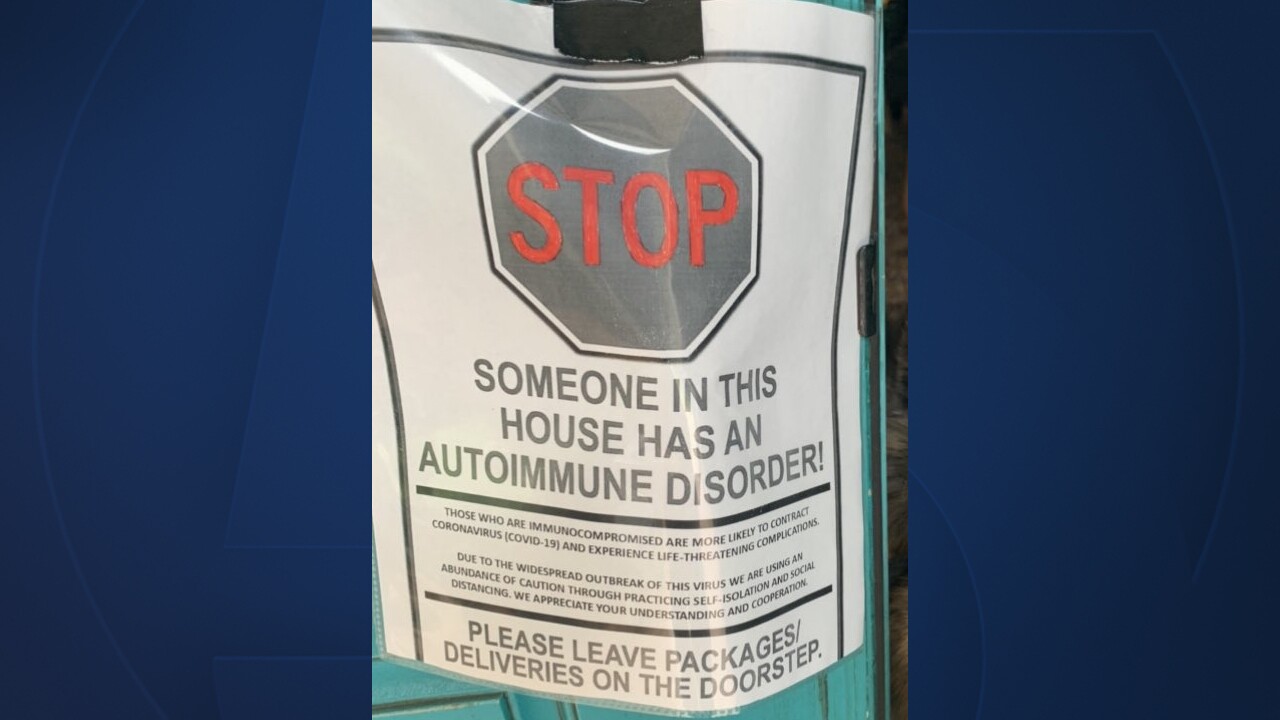 Carrie Blasi has an 11-year-old daughter who is a type 1 diabetic.

She has a sign posted at the entrance of her home notifying anyone delivering a package that someone in the house has an autoimmune disorder.

She tweeted photos of a package recently left at her door by a FedEx driver with a note written on it.

The driver saw her sign, returned to his truck and wiped down the package with sanitizer wipes.

Before leaving he wrote a note on the box saying, "I sanitized you(r) box once I've seen the note on your door."

AMAZING: A @FedEx driver helped this family keep their daughter safe by doing one thing when he dropped a package off. @WPTV
STORY: https://t.co/U3G6hY42SE pic.twitter.com/oFUTwAw3GK

Blasi said in her Tweet, "... and you can tell he used sanitizer wipes on the box. Amazing!"

Blasi said when her family saw what the driver did, it reminded them that people still care about helping others.

"It gives me hope for the future and we will be OK," she said. "This is such bad thing right now. We have people out there that care."

The package had medical supplies for her daughter's type 1 diabetes.

"That single act made me forget about everything we have been going through since the first of March," Blasi said.