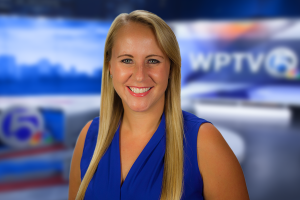 Miranda is a Colorado native and an award winning journalist. She is a Morningside College alum where she studied Mass Communications and played volleyball all through college.

Miranda took her first step into news at KTIV in Sioux City as an editor and anchor for the morning sports segments.

She then went to Fox 23, KOKI, in Tulsa, Oklahoma, to be a Photographer/MMJ. Miranda was able to cover all types of stories. She was a part of an Emmy Award-winning newscast and was a reporter for Oklahoma’s Association of Broadcast best sports show of the year 2014.

Recently Miranda worked at KMTV in Omaha, Nebraska, as a Reporter/MMJ where she covered general assignment news. Some of her favorite stories were covering the U.S. Olympic Swim Trials and the College World Series. She won a first place Great Plains AP ward for her investigative work looking into Nebraska’s 911 system.

Miranda loves sports and is a huge Denver Broncos fan. In her spare time she likes to read a good book or enjoy time with friends. She is excited to get to know the area.