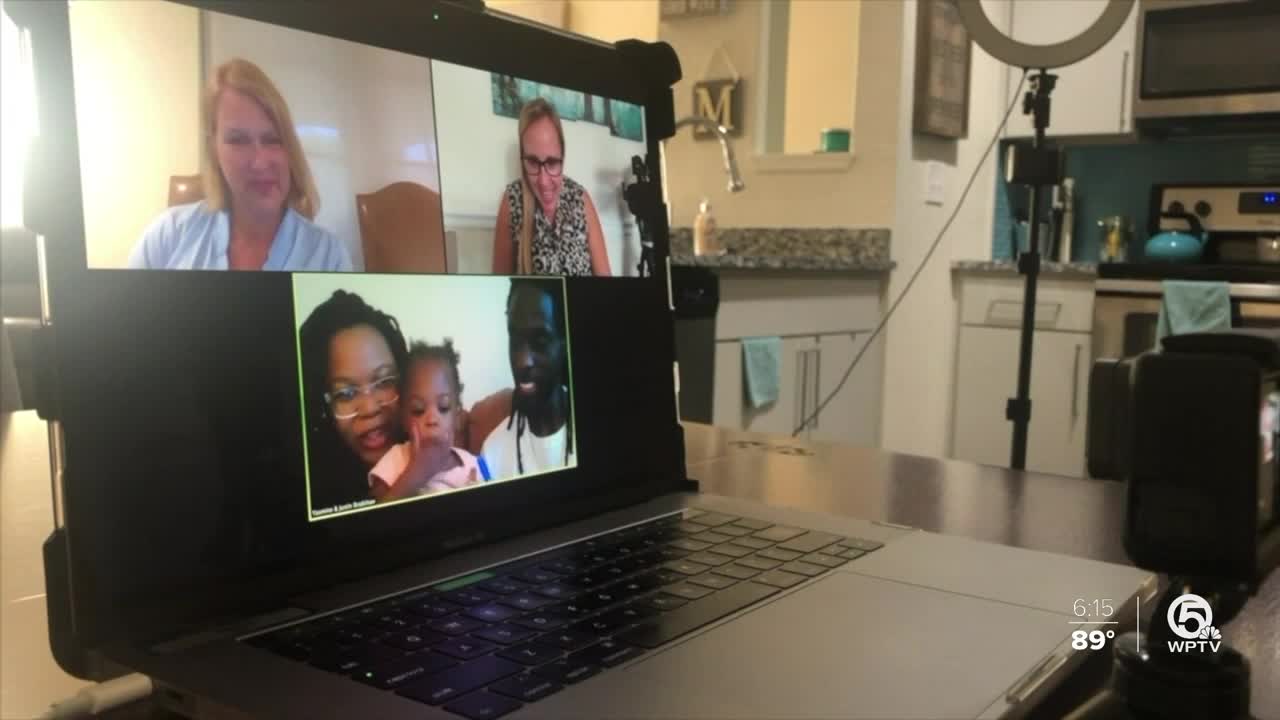 A Boca Raton homeowner is praising a FedEx driver who went above and beyond his daily duties by sanitizing a delivery box in order to protect a little girl. 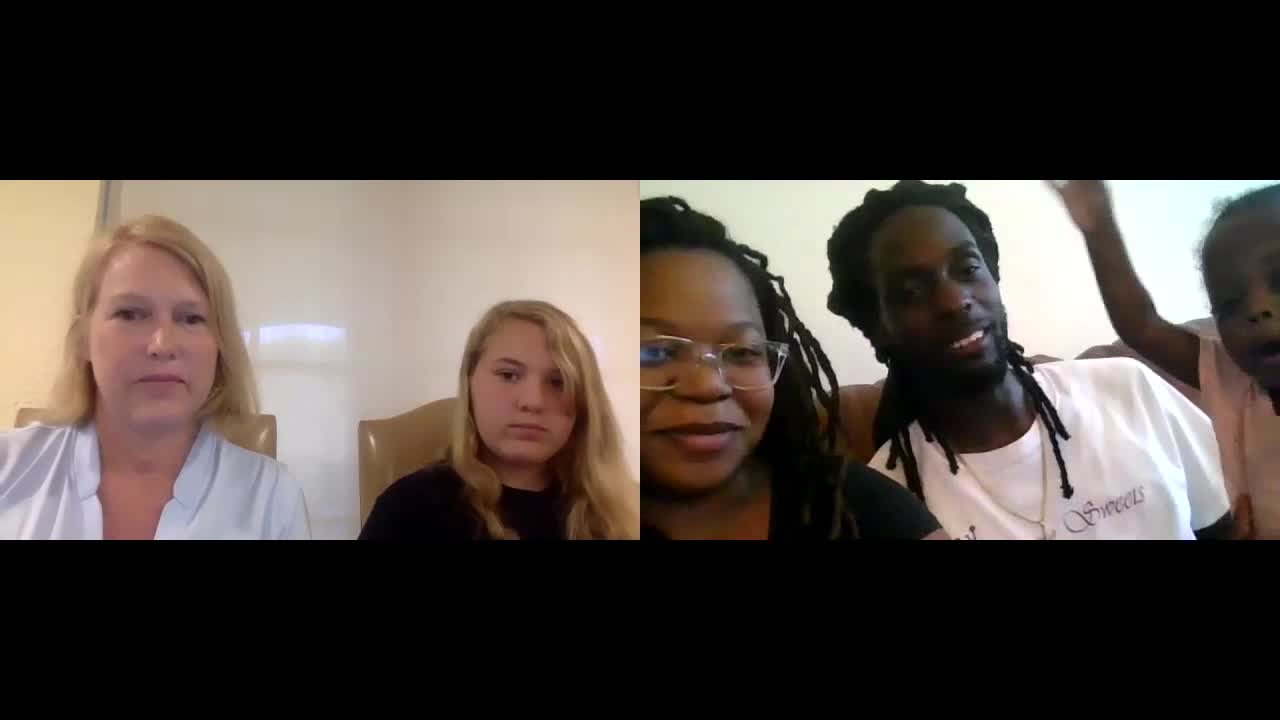 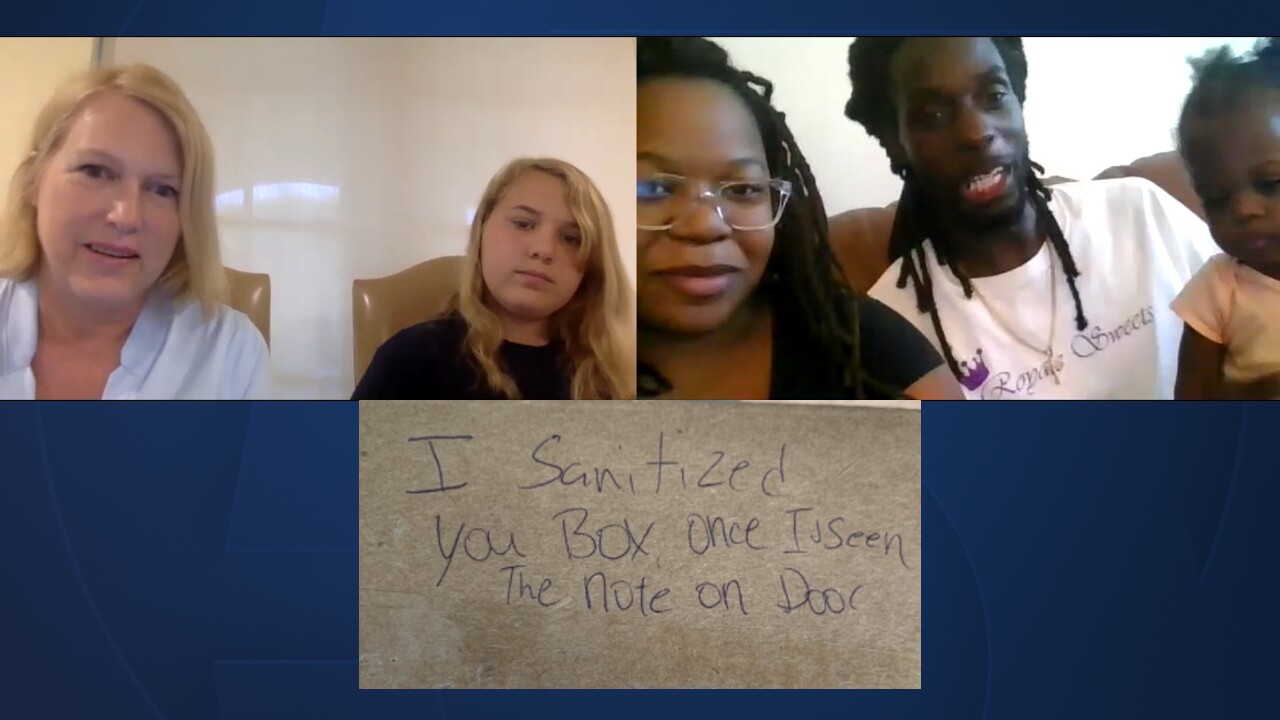 BOCA RATON, Fla. — A Boca Raton homeowner is praising a FedEx driver who went above and beyond his daily duties by sanitizing a delivery box in order to protect a little girl.

Carrie Blasi shared the driver's act of kindness with WPTV earlier this week, hoping she'd get a chance to thank him personally.

On Thursday, that moment came.

"We thank you so much for doing something you weren’t even asked to do," Blasi told FedEx driver Justin Bradshaw on a Zoom video chat.

Blasi said Bradshaw's generosity was a moment that gave her hope.

A security camera at Blasi's home recorded Bradshaw sanitizing a box he was delivering after he saw a note on the family's front door.

The note said someone in the house has an autoimmune disorder.

That someone is Blasi's 11-year-old daughter Emma, who has type 1 diabetes.

"I really appreciate what you did for us," Emma told Bradshaw on Thursday.

AMAZING: A @FedEx driver helped this family keep their daughter safe by doing one thing when he dropped a package off. @WPTV
STORY: https://t.co/U3G6hY42SE pic.twitter.com/oFUTwAw3GK

"It is crazy the amount of measures we have to go through to stay safe," Bradshaw said.

The FedEx driver said he knows taking those extra steps could mean the difference between life or death during the coronavirus pandemic.

"The first thing I though about was Nova, cause she was a micro preemie," Bradshaw told Carrie and Emma on the Zoom chat as he introduced them to his own daughter. "She's very high risk. I saw the sign and I just knew."

"She has been a miracle baby since day one," Yasmin said.

Bradshaw said cleaning the the box for Blasi's family was a small way for him to help someone else during a very tense and uncertain time.

"I feel like we should all do something to better the situation right now," said Bradshaw.

Yasmin said her husband's act of kindness would have gone unnoticed had Blasi never tweeted about it.

"He texted me at work yesterday and said, I made the news! And I am like, what the heck did you do?" said Yasmin.

Blasi said she's started using the hashtag #BeLikeJustin and hopes others will follow his lead.

"I would love to hug you and your wife and just thank you," Blasi told Bradshaw on Thursday.

"We have a virtual hug. Big hug!" Bradshaw said.

UPDATE! Hear from the @FedEx driver who sanitized a box he was delivering to a home Boca Raton. See the story tonight on @WPTV #belikeJustin https://t.co/dVJrcW8Nl2 pic.twitter.com/Rrqaak7WJB