“Who’s in charge here? Who do these animals belong to?” 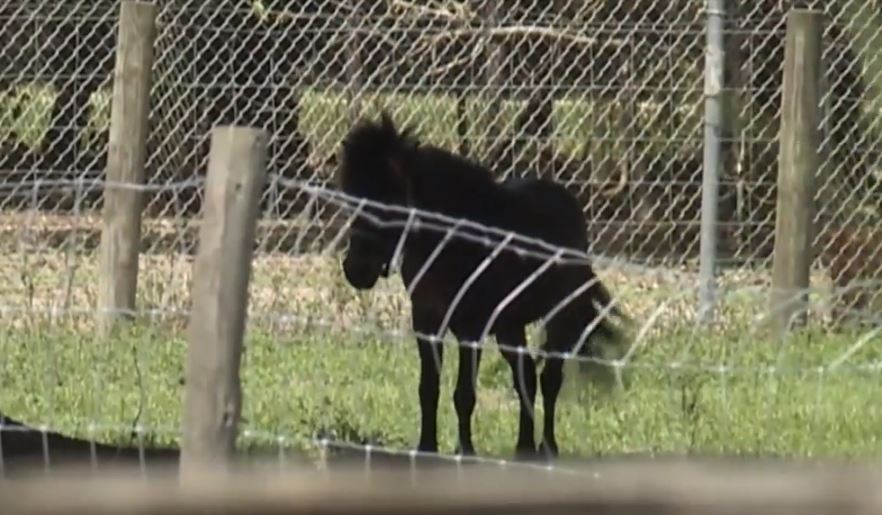 Potentially dozens of animal bones can be seen scattered over several acres in Okeechobee County, in the same place where nearly two dozen horses were recently seized by the Okeechobee County Sheriff’s Office.

OKEECHOBEE COUNTY, Fla. — Potentially dozens of animal bones can be seen scattered over several acres in Okeechobee County, in the same place where nearly two dozen horses were recently seized by the Okeechobee County Sheriff’s Office.

Weeks into a possible animal cruelty investigation, detectives are still trying to determine who owns the animals.

An Okeechobee County Sheriff’s Office incident report states on April 1, Okeechobee County deputies were called out to a property on NW 292nd Street after receiving a tip that animals were in poor condition and possibly deceased. The caller also said they feared there could be illegal slaughtering occurring on the property, according to the report.

Deputies responded on April 1 but said because it was dark, they would return the next day to examine the property and conditions of the horses.

On April 2, deputies went onto the property. A police report states detectives found 24 horses in a small paddock without proper food or water. Of the 24 horses there, 14 were in poor condition. A young horse was also seen on the ground, unable to stand. The horse was euthanized and the sheriff’s office seized and impounded the other 23 horses.

One witness, Christa Thistle, told WPTV she saw vultures flocking to the property, prompting her to drive by to see what they were attracted to.

“Horrified. Just like, what the heck is going on here. Horrified,” Thistle said. “There were dozens and dozens if not hundreds of bones and skeletal remains...There was a black cow on its side. Bloated. Deceased,” Thistle continued.

She also said she saw the malnourished horses including the horse that could not stand.

“At first I thought the horse was dead. Then when I zoomed in on my camera and I was able to see the horse was in fact still alive,” Thistle said.

The incident report states that when deputies first arrived, a resident of the home denied owning the animals, but told investigators they were owned by a man named Manuel Coto-Martinez.

Deputies made contact with Coto-Martinez over the phone. An investigative report says Coto-Martinez identified himself as the owner of the horses.

“Who’s in charge here? Who do these animals belong to?” Thistle said.

Court records show Martinez has a history of being investigated for animal mistreatment. In 2016, he was sentenced to a day in jail and probation for illegal possession and selling of horse meat and animal neglect.

On April 7, deputies returned to the property to check on other animals on the property, including cattle. Roughly 60 head of cattle were seen without proper food.

WPTV visited the property Wednesday and just two horses were seen on the property. All of the cattle had been removed.

Officials with the Department of Agriculture were seen on site Wednesday conducting their own investigation.

“No animal deserves that,” Thistle said.

Sheriff Noel Stephen said they are still waiting to decide if the 23 horses will be sold at auction or put up for adoption. Equine Rescue and Adoption Foundation {ERAF] also offered to take in the horses.

Stephen said they first want to exhaust all efforts in locating the true owner of the animals.