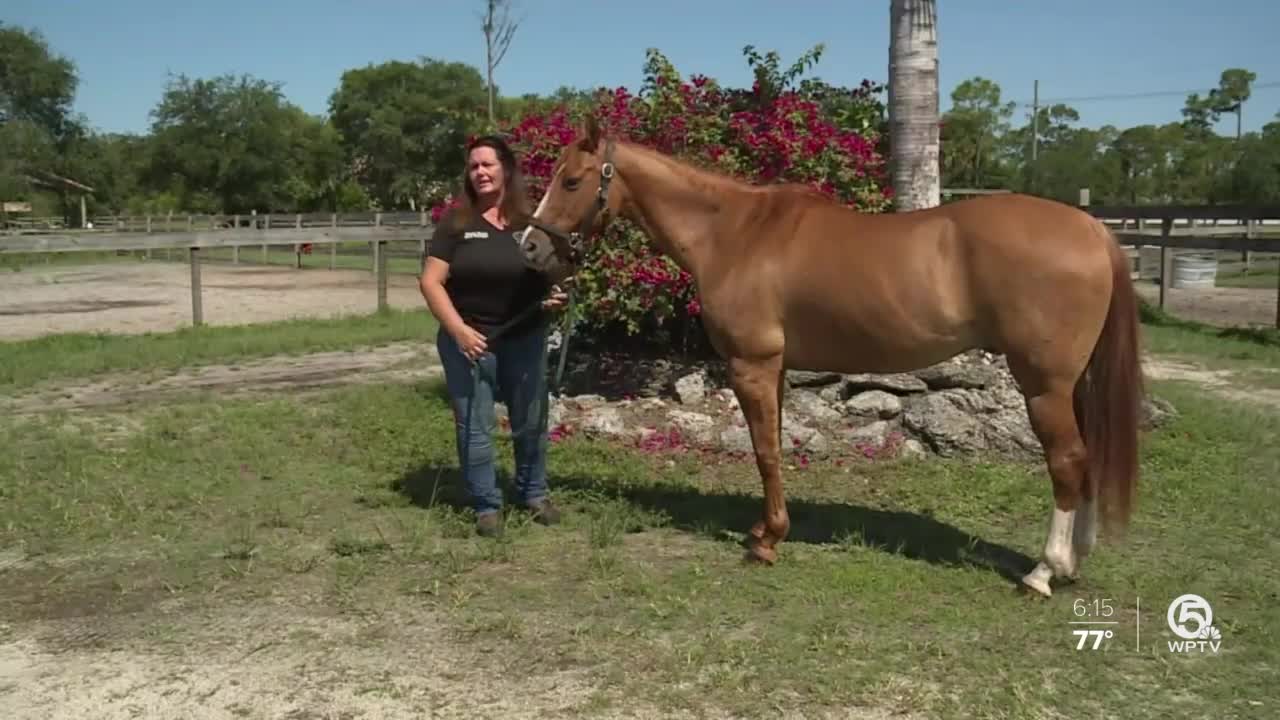 Nearly two dozen horses found in distress have been impounded in Okeechobee County and will eventually be put up for auction, officials say. 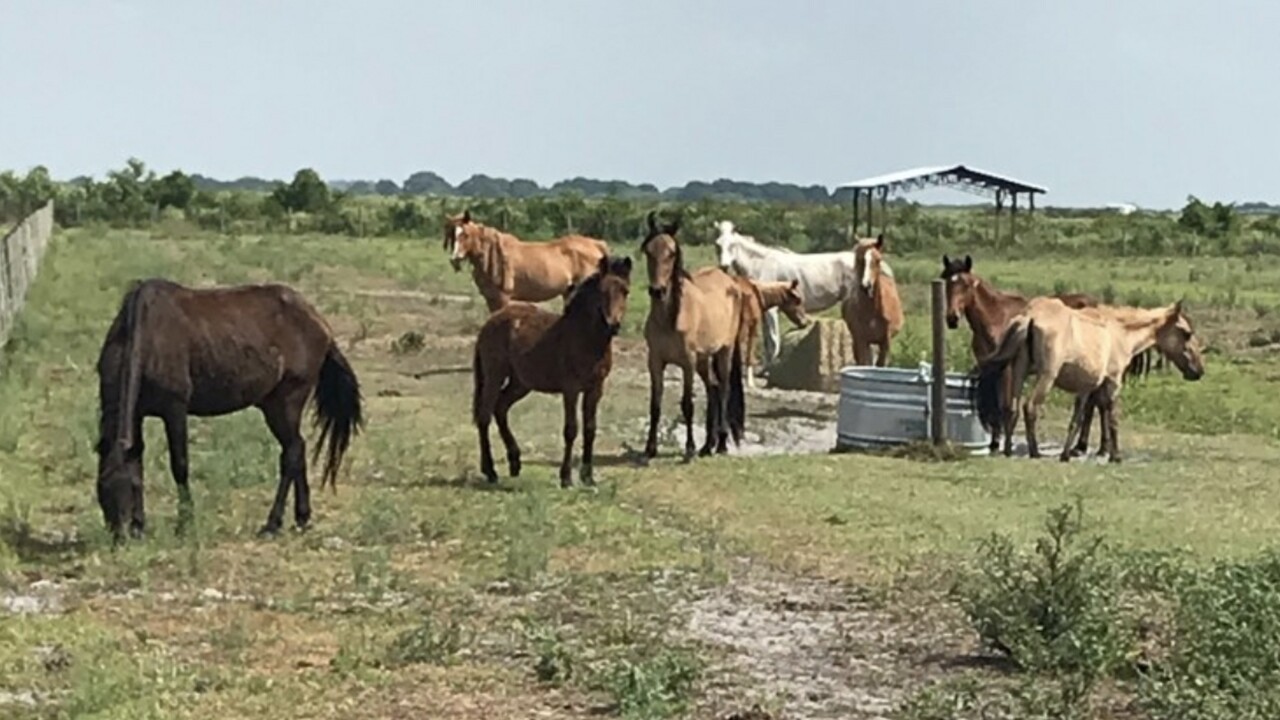 OKEECHOBEE COUNTY, Fla. — Nearly two dozen horses found in distress have been impounded in Okeechobee County and will eventually be put up for auction, officials say.

"A lot of love and care has gone into him," said Nancy Dunn with the Equine Rescue and Adoption Foundation in Palm City.

Dunn is talking about Spice, a horse that's being nursed back to health at the rescue center.

"Neglected. It was a starvation case," said Dunn.

Last Monday, Dunn said she got a phone call from Okeechobee County Animal Control, which told her two dozen horses had been impounded.

"Asking us potentially if we’d be able to take these horses on," said Dunn.

Horses are normally scaled one to nine, where one is the thinnest and five to seven is the average. 14 of the impounded horses had a body score of two and three.

Tragically, one horse was put down.

"We’re usually the go-to phone call for them," Dunn said.

But as Dunn was discussing the issue with her board, she said she was surprised to see the Okeechobee County Sheriff’s Office post a notice on Facebook about the horses, and that a public auction would be held if the owner did not claim them.

"What in the world? You’re going to auction them off?" Dunn asked.

Okeechobee County Sheriff Noel Stephen wouldn’t go on camera with WPTV, but through a spokesperson, he said he put out that impound announcement prematurely because of concern for the safety and welfare of the animals.

Normally, the sheriff's office would have waited until they had more information about the owner of the animals, or an arrest had been made. As of now, no auction date has been set.

Back in September, a man was arrested for animal cruelty in Okeechobee County after several emaciated horses were found at his property. The sheriff’s office came under fire for not acting quickly enough to protect the animals.

"We lost one horse in that seizure within hours of when we got them back here," Dunn said.

Spice was one of the horses rescued back in September.

Dunn said they have room for other horses, and her staff is hoping to keep them out of slaughterhouses.

To learn more about the Equine Rescue and Adoption Foundation, click here.